It’s that time of the year again – the sun’s rays are more abundant, the birds are singing a little louder, and the bubble machine above Jim’s Steakout emits it’s beautiful cloud of soap across the intersection of Allen and Elmwood. With the breadth of a Summer Solstice humming it’s way, June is a prime month for art and culture, here in the city of good neighbors. Check out one of these top 10 picks this month:

With June being pride month for the LGBTQIA+ community, this will surely be a great way to kick off a month-long celebration of defiance, individuality, unity and resilience. There will be a variety of astounding performers from the soulful powerhouse Curtis Lovell to Lo-Fi rebels Velvet Bethany; to marvelous drag royalty such as Vidalia May and Alice Raige, and burlesque luminaries such as Fifi Laflea and Ari Matteliano (A.K.A. 1300 Cock). There will also be food fare provided by community staples such as Grindhaus Cafe, Frybaby Donuts, The Intersection Cafe, and Buffalo Melting Point. Enjoy a rousing raucous of beats by the duo of ABCDJ and a special performance by The Bird’s Nest Circus Arts. This event will be open to public and falls on the same weekend as Allentown’s First Friday Gallery Walks. Needless to say, this will be a commemorative and festive affair filled with food, drink, music, drag runways, art spaces, and much much more.

If you’re looking for something low-key, after an already incredible afternoon for the arts at Exist; look no further than the century-old grain silos. Silo City and Just Buffalo Literary Center are back again this summer stronger than ever with their three summer installments and you won’t be disappointed by this night of music, art, and poetry. This month’s line-up, for the start to Just Buffalo’s ever-growing marquee summer event: Readings by World-renowned poet, Bob Hicok, author of eight full length works including his forthcoming work, Water Look Away: A Novella; Kristianne Meal, Community beacon, proprietor of Rust Belt Books, Performance Poet and author of the the experimental collection, Twenty Two; Art Installations by Shasti O’Leary Soundant, whose illustrations have been featured on the covers of works by best selling authors such as, James Patterson and Stephen King, and her artwork has been displayed in the galleries of the Albright Knox; and last but certainly not least music by Simon Joyner, a legend of the Indie Folk scene in Omaha and around the world, and a major influence on famed contemporaries such as Gillian Welch and Bright Eyes. This event is free and open to the public

Shadow Puppetry is said to be one of the oldest performing arts in the world, dating back over 2,500 years. The first week of June, this long, rich performance art genre finds its way to the hallowed stage at Kleinhans, in a special one night only event sponsored by the Buffalo Philharmonic, Kleinhans Music Hall, The Bird’s Nest Circus Arts, the Buffalo Gamelan Club – a music club dedicated to the genre of Javanese Gamelan. Tickets are available for purchase at $20.00 for adults, $10.00 for those with student ID. No matter the price, a night of puppetry, storytelling, unique sounds and sights should be worth all of the shillings in the world.

In celebration of First Fridays, the monthly poetry reading series hosted by the fierce and insightful Skyler Jaye Rutkowski is always a wonderful time. No matter if it’s a sweltering June day, or a cold December night, there is reason to believe… in the always awesome open mic of readers. So whether you have a poem, an experimental take on the modern day grocery list, a haiku, a prose piece, or even a song in your heart that you feel is worth singing, Poetry @ Perks is a safe space to express, rest and unwind.

5. In Between The Middle: A #notwhite collective exhibition

The closing reception to an important night in cultural awareness. 14 artists: all women from different walks of life putting out their craft with a context that will be sure to enlighten. Talented poets such as Danielle AJ, Bianca L. McGraw, and N’gana will join #notwhite collective artists: Madame Dolores, HollyHood, Fran Flaherty, Carolina Loyola-Garcia, Liana Maneese, Maritza Mosquera and Sara Tang in a beautiful collaboration of incredibly gifted women. The gallery will feature art and performances embodying the experiences of bi/multi-cultural, immigrant or immigrant-descended women through the unbridled power of art. There will be complimentary finger foods and refreshments provided. This June will be the last showing so it’s highly recommended that if you’re looking for a night that will not only move you, but also teach you, this is the event for such a palette. To learn more information on this incredible event, click here, and be sure to stop in and stay awhile.

6. The Illusion & The Aftermath

If you have time to spare and want to catch a glimpse of performing arts done in a way you’ve likely never seen before, head over to Torn Space Theater for this showing. A production hemmed by visual arts group Temporary Distortion, this will truly be a one of a kind experience. The installation will be one of meditation and folks far and wide will have a chance to experience something that will bring ease after a week of routine. At the installation you’ll find meditation pillows and a set of headphones. So come by and enjoy an exhibition that Times Out Magazine says, “Takes the concert experience and turns it into something private and luxe.” Tickets will be $20 for the event, and for a unique take on live performance such as this exhibition’s display is definitely worth the price.

In its 44th year, Buffalo’s Juneteenth Festival is ranked the 3rd largest of its kind in the world. From its birth, until now, Juneteenth has been an excellent alternative to the U.S. Bicentennial Celebration which was celebrated in 1976. It’s a weekend filled with celebration for the incredible African-American communities here in Buffalo and beyond. The weekend features many educational aspects such as the wrapping up of Sankofa Days, a time of reflection for the issues affecting the communities. There is also a huge parade celebrating the triumphs and honoring the tragedies. There are events all day throughout the North East-side paying homage to Black pride. This event is free and open to the public. 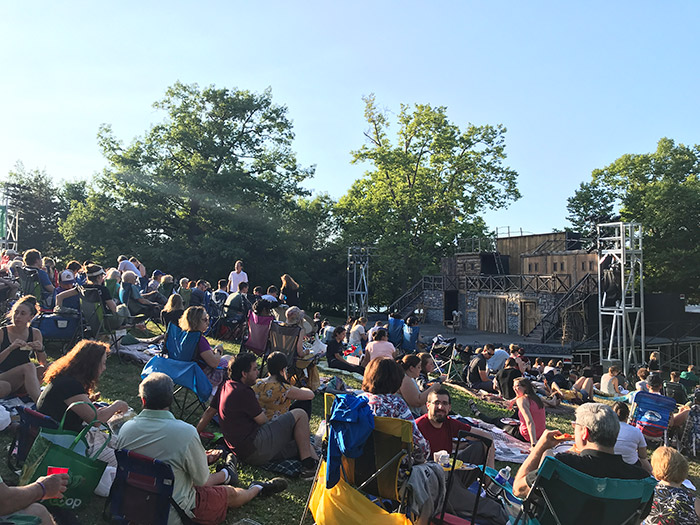 Shakespeare in the Park / Step Out Buffalo

9. Opening Night: The Tempest at Shakespeare in the Park

As many who know this incredible cultural staple oh too well, Buffalo’s SDP is the nation’s second oldest Shakespeare in the Park production and one of the largest as well. The first of back to back showings this summer will be a true classic in “The Tempest.” It starts with an opening night reception from 6:15pm – 7:15pm where you can meet the cast and crew that make this series of shows so magical for us all. The hour-long soiree will include light hors-d’oeuvres and a beer tasting. Next, the show itself – The Tempest, a turbulent story with love, sorcery and turbulence galore. So go alone, bring a friend, bring a date, heck, bring the whole family and enjoy one of Buffalo’s most illustrious programs. As always, Shakespeare at Delaware Park is free and open to the public!

Anthony Bourdain once said, “Food is everything we are. It’s an extension of ethnic feeling, your personal history, your province, your region, your tribe, your grandma. It’s inseparable from those from the get-go.” The 16th Annual Taste of Diversity Festival will be returning the final weekend of June. This special event could not be a better example of Anthony Bourdain’s words on the important connection between food and culture. Although, there is more to The West Side of Buffalo than food, there is still more to the food of the West Side of Buffalo, than just the West Side of Buffalo. A home to a variety of different cultures, it has been a mecca of diversity for decades and this festival for over 15 years has truly been a defining annual event for such an incredible corner of our fair city. From belly dancing performances to water festival activities, to a mixed array of foods being served, by a a consortium of eateries across the West Side strip, the spirit of multiculturalism is alive and well. Admission is free, while food and beverage tickets will be available for purchase. 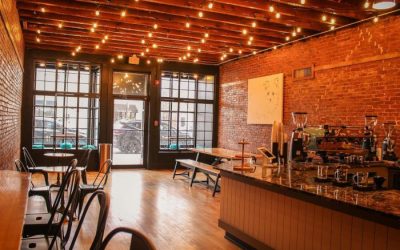 Photo courtesy of Overwinter Coffee - Williamsville If you're looking to step out for a bite to eat or drink in Williamsville, keep reading! The options are plentiful in this quaint village and surrounding areas. From bakeries and beer bars to seasonally inspired... 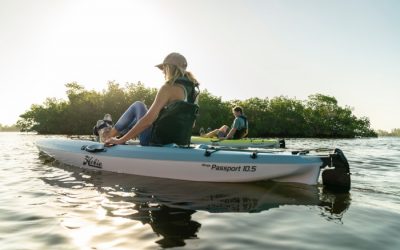 Photo courtesy of Paths Peaks & Paddles Looking for something fun to do in the city or town of Tonawanda? From Colvin to the canal there are countless public parks and trails to enjoy, sports based activities, adventures, historical museums, and more to explore.... 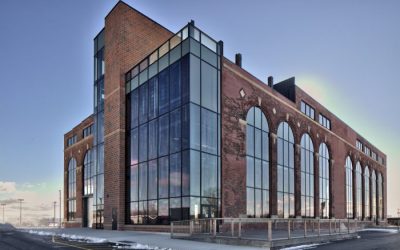