10 Culture & Arts Events to End the Summer Right This August

With August being the final month of summer, there are so many events to check out. Coming up we’re looking forward to a stacked First Friday, incredible shows, arts filled weekends and more. Here are ten events to give this summer one fantastic cultured send-off:

An excellent finale to cap off one of the most unique arts events of the year, the breakout performing arts and literary collective known as Green Buffalo Productions will be featuring performances all around Buffalo. The first productions will take place at Rust Belt Books (415 Grant St) on Thursday from 7-8 pm, with the short plays, a special infringement event, followed by “In the Air Tomorrow Night” & “Death & Dunkin.” On Friday, 6-7pm, “You Know the Drill,” “In the Air Tomorrow Night,” and “Death & Dunkin” at El Buen Amigo on 114 Elmwood Ave. Then on Saturday from 4 – 5 pm catch the last showing and a second chance at all three plays at the El Museo Gallery (91 Allen St). Three nights of theater from a diverse group of creative minds and admission is absolutely free; it’s easy to see a reason to attend this awesome addition to one of buffalo’s most celebrated times of the year.

3. Not Your Granny’s Doily

Yet another exhibit to be presented during the First Friday Gallery Walk, this event features the work of local knitting juggernaut Granny Dave. The exhibition held at Caffeology will feature the age-old craft of all shapes and sizes and a prism of different colors. So, grab a latte, and enjoy the awesome art on display, as part of cultural staple event Allentown First Fridays. 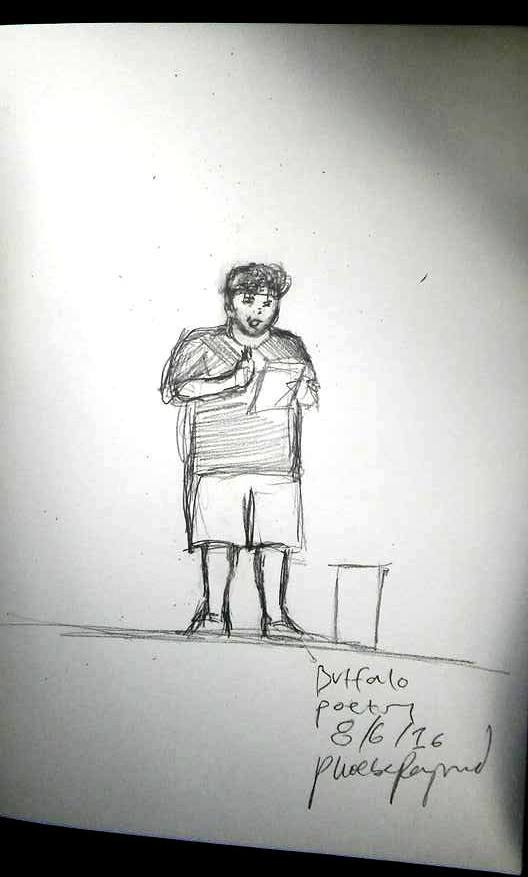 Local poetic veteran and longtime beacon to the literary arts community, Eddie Gomez will be performing a collection of his work from the past 11 years at El Museo. If you have not seen or heard Eddie read before; be prepared to have a box of tissues, because it is sure to be a night that will move you. Like all of the events for infringement, this one is absolutely free.

Although its opening night was last month, there’s still a chance to enjoy Buffalo United Artists’ production during the final weekend. Directed and designed by Todd Warfield, and starring Jimmy Janowski, Michael Blasdell, Michael Seitz, and Christopher Standard. From the mind of Jamie Morris who originally put this take on the cult classic film release of Mommie Dearest, with this parodied tribute 30 years later. Now eight years after that, Jimmy Janowski and company bring this incredible satirical version of the 1981 film to an audience near you. Tickets are $25.00 for General Admission and $20.00 for members & students. 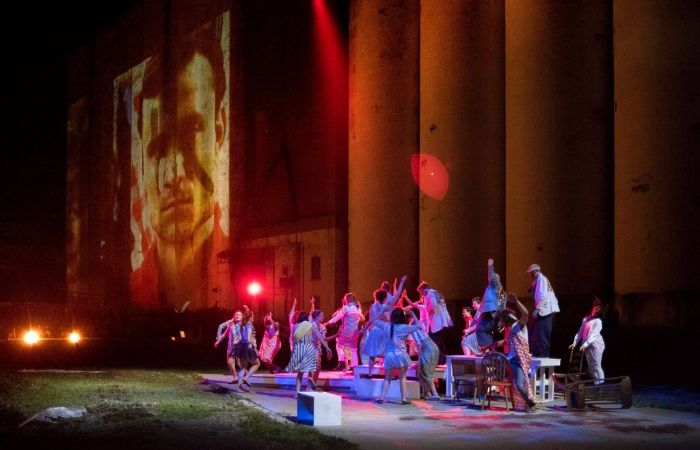 Another incredible performance installation brought to you by the artists of Torn Space Theater. A night celebrating the light and the passage of time, while watching a wonderful transformation. Featuring the talents of award-winning chef at the Black Sheep Restaurant, Steven Gedra; this will not be your average banquet! Tickets are $30.00 for GA and $100.00 for premier seating. Be sure to buy your tickets while you can, because this is surely an event that will sell fast. 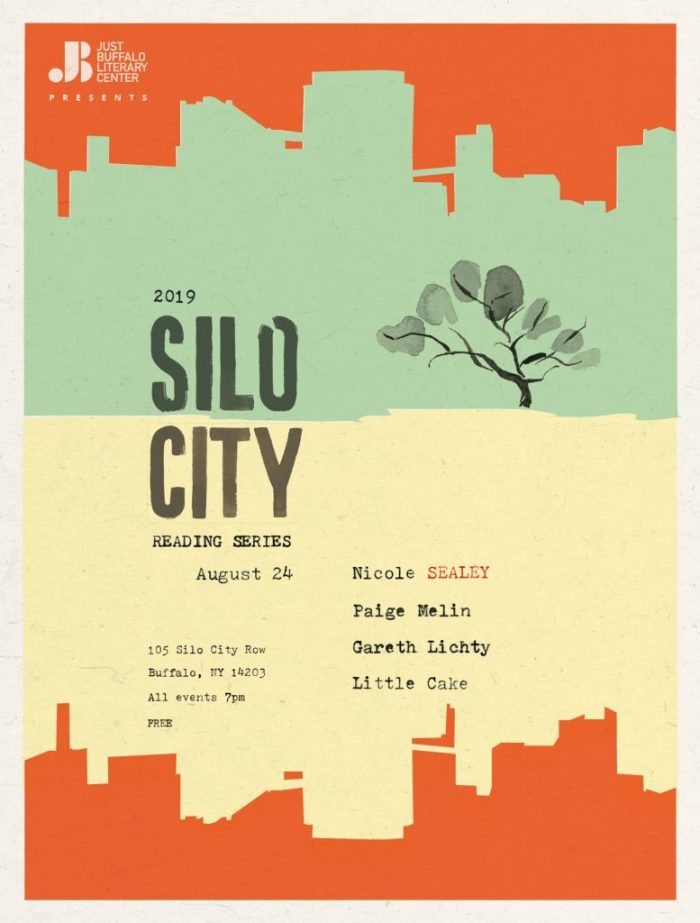 The final month of this literary series features a huge wave of talent to help cap off the summer. The headliner; Nicole Sealey was recently named a 2019-2020 Hodder Fellow at Princeton University and is author of Ordinary Beast, which has been the finalist for countless awards including the PEN Open Book and Hurston/Wright Legacy Awards. Her other honors include the Stanley Kunitz Memorial Prize from The American Poetry Review, the Poetry International Prize, and a Daniel Varoujan Award. The opening poetry feature; Paige Melin, author of Puddles of an Open (BlazeVOX 2016) and MTL/BFL//ÉTÉ/QUINZE (Buffalo Ochre Papers 2016) and previous writer of this editorial series on Step Out Buffalo we might add! She is also the curator of 4th Fridays at Dog Ears Bookstore, ran the community unified event Entropy: POETEXPO at the Burchfield Penny Art Center, was one of two guest editors for Ghost City Press’s 2019 Summer Micro-Chap Series and as of this fall will be embarking to Senegal as Fulbright Fellow.

Installations will include work by Gareth Lichty, an artist hailing from Southern Ontario now living in Buffalo who has exhibited internationally and nationally in Europe, China, New Zealand, and Canada. Recent exhibitions include Indigo Gallery in Buffalo, In/Future at Ontario Place in Toronto, Tsinghua University in Beijing, the Chongjiang Contemporary Art Museum in Chongqing. Musical performer; Little cake (Ana Vafai) creates songs, hype for artists and builds community through music, performance and friendships in Buffalo, NY. Since 2011 she has recorded music all over town and developed a persona as a performer, singer and instrument player in the touring group ‘Little cake and Jack Topht’ (two albums released) and opened for T-pain as vocalist in winner of the Buffalo Spree‘s “best local music act”, RADARADA. Like all for the Silo City Reading Series events this is free and open to the public. 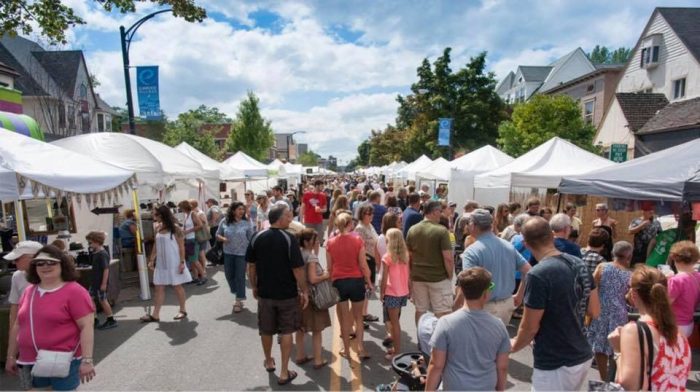 For the third year in a row a flurry of poetic talents will grace the stage in what always culminates to be an epic addition to the Elmwood Festival of the Arts. Hosted by local poet Ben Brindise, this event will feature four other poets: Oli Wiggins, Jazz De Nero, Abigayle Rose and Brittany Lisa Carey. A short, yet wonderous part of this celebratory afternoon.

9. JGB Shibuki at Elmwood Festival of the Arts

Once again Elmwood Festival of the Arts lives up to it’s goal of cultural enrichment by giving our fair festgoers a glimpse at Buffalo’s own Japanese Taiko Drum Group. A great addition to this excellent, annual sayonara to the summer season. Take a seat and be immersed in the thunderous sounds of a one of a kind performance, for a one of a kind festival. 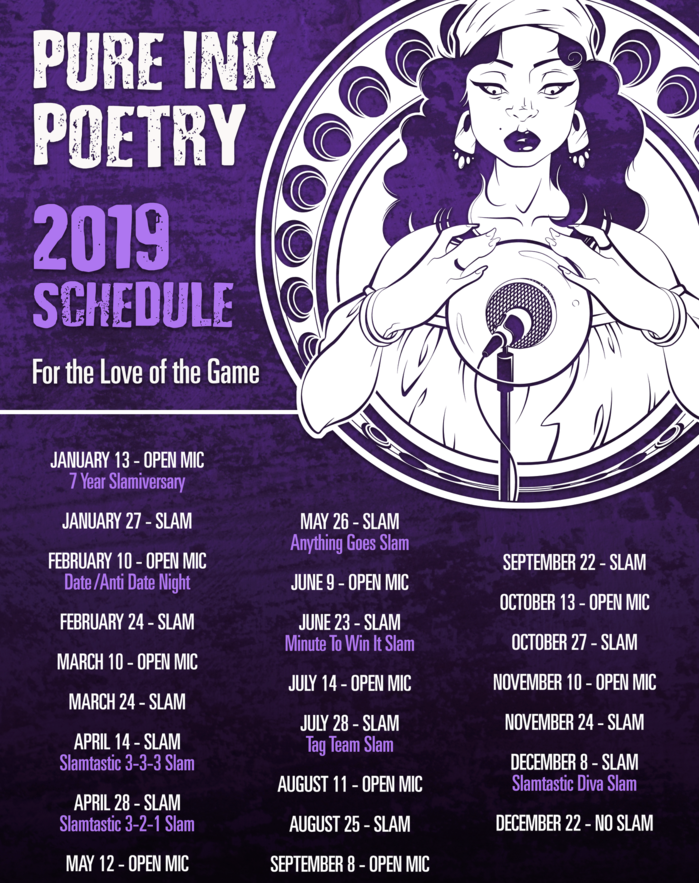 The 2019-2020 season opener will be a special one this year with a surprise to be made towards the middle of the following year. Poets will have a chance to compete against each other for the love of the game and for the spirit of competition. Hosted by the ever-talented Brandon Williamson, this local series has been a staple to the Buffalo poetry community for over half a decade. This slam is open to anyone, with a five-dollar admission for both spectators and performers. There is the lovely menu and a parade of happy hour specials. Along with the ticket to admission, is admission into a raffle run at the end of the evening. It’s always a packed house and whether you want to compete, or just watch people poor their souls onto this stage, rest assured it will be a night to remember.

A Complete Guide to Street Art on Hertel Ave in Buffalo