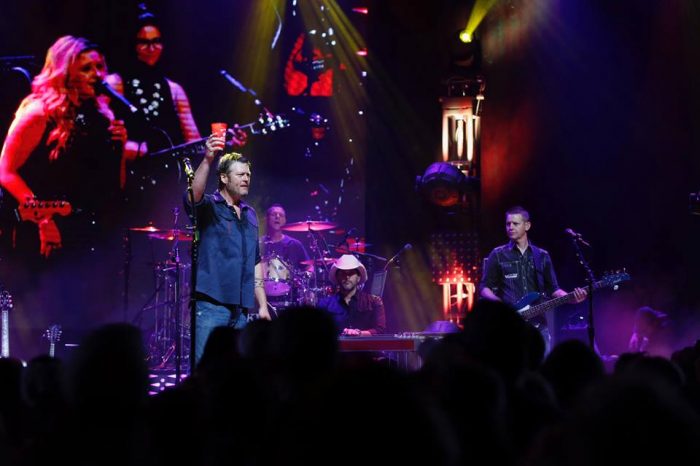 What with 1,047 breweries opening up in the past two weeks that need covering, it’s been a little hectic here at the underground lair we call SOB HQ. So busy in fact, we had to turn to the hive-mind known as Facebook to get tips on this month’s Essential Show Rundown.

Fortunately for you, dear reader, personal Facebook friends came through in droves and below is a hearty slew of high-quality entertainment, many of which came via suggestion. For those about to rock, we salute you, Facebook friends!!!

(Some of these shows may be sold out, but obviously you can still find tickets. C’mon, don’t @ us guys.)

Admittedly, February is a bit light on national heavy hitters, but there are a lot of up-and-coming acts that could be the Next Big Thing. First up, the Dirty Nil pump out anthemic power pop that splits the difference between classic and modern sounds. And with an advance price of $1.07(!), you’ll have a few extra pennies to pay that massive parking fee.

Robert DeLong is one of those very popular artists that somehow pulls off being kind of weird, which is a skill in itself. In addition to that, DeLong makes great songs, also a skill.

What do you get when you cross a jam band with New Orleans soul? The answer is Galactic. The modern-day NOLA legends don’t come around as often as they should, so go check ‘em out.

LA band El Ten Eleven is proof positive that good rock music doesn’t have to be angsty or even have vocals. The largely-instrumental band plays music that is bound to get you moving and smiling. Local opener Aircraft is no slouch.

Welles is our second pick for “Next Big Thing?” Show of the month. The band makes down-home, foot-stomping anthems that wouldn’t sound out of ordinary on your favorite radio station. And who knows, you just might be hearing them on there very soon.

Speaking of radio rock, Andrew McMahon. Everyone loves a sing-along, so why not head out to the Rapids Theatre for this one. You’ll know the words to more than a few of his songs. We promise.

Modern rock titans Arkells are playing a relatively intimate show at Town Ballroom, hence the hefty price tag. If you’re a big fan of the band, this is a can’t-miss. If you’re not, we suggest trying to score some tickets on the cheap.

You know him. You love him. He needs no introduction. Blurb over.

There is no Dad Rock show of the month for February, but there’s is a little somethin’ for the ladies. We’re gonna go out on a limb predict a massive run on rosé all across Western New York and Southern Ontario before this KeyBank Center appearance by the Canadian crooner.

Do you like your music fun, sweaty, up-close and personal? Then you’ll want to check out grunge-punks Sutphin from Wichita, Kansas when they come through, supported by some local heavy hitters.

As one tipster put it to us: “It’s a great night to check out what’s happening in Buffalo; a snapshot of an unheralded rock music scene coming together for one night, and bringing a shooting star of a national band with them. All for less than a fancy microbrew!”