11 Most Anticipated Restaurant Openings of 2016 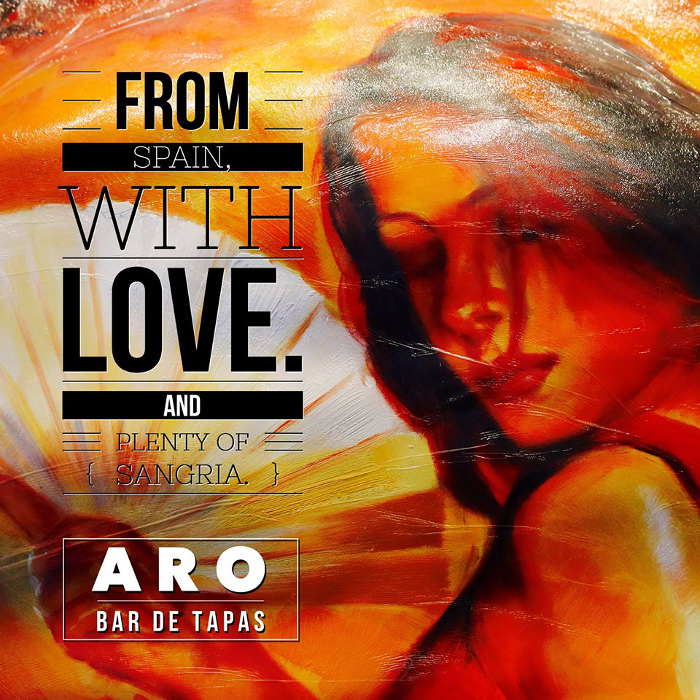 When we say most anticipated, we mean by either the community or just us.
Western New York Chefs and Restauranteurs can’t stop, won’t stop opening up new restaurants. The past two years have been filled to the brim with new restaurants, bars, cafes, breweries and distilleries, and it’s seriously looking like 2016 will be no different. (Cue sigh of relief.)
Needless to say we’ve loved every second of covering the burgeoning restaurant scene ’round here and can’t wait to amp it up even more in upcoming years. Thanks to a few key local food news outlets (Buffalo Eats, The News, Buffalo Rising, ourselves), we have a pretty good idea of what’s around the corner and we’re really pumped about all of it. (Honestly, who are we to prejudge what will be amazing or not?) Here are the restaurants were most excited about for 2016.

100 Acres: The Kitchens at Hotel Henry

Forest Ave, Buffalo
No doubt Unwrap Henry was on everyone’s list so you’re all well aware of 100 Acres (Thanks Santa!). Located in the awe inspiring Hotel Henry, 100 Acres: The Kitchens at Hotel Henry promises to deliver not just great food, but an original culinary experience – first-rate cocktails, reliable company, proper coffee, and a distinct atmosphere of diverse dining experiences.
The name ‘100 Acres’ references the original agricultural and sustainable tenets of Olmsted’s vision for this property and the current plan to continue the tradition and benefits of hyper-local, urban agriculture. We don’t know specific designs or cuisine, but we do know these guys know what they’re doing and it’s gonna be great. Yes, we’re still drooling here. (Editor’s note: late addition)
More info 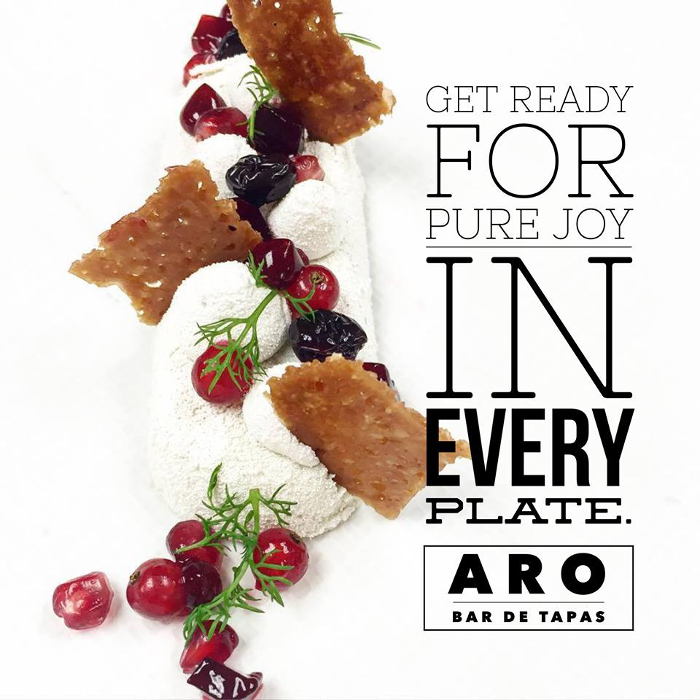 5415 Sheridan Drive, Williamsville NY
Remember when Jeremy Horwitz and Chef Scott Kollig tried like hell to bring us Mercado, the most epic food marketplace of which Buffalo has ever dreamed? We do too. And it’s a sore subject. Thankfully, when the market didn’t quite pan out in 2014, they moved on to Plan B – a super scaled-down version of their Mercado vision, something equally near and dear to the Spanish culture – a tapas bar. While it’s nothing like the original Mercado concept, we’re obsessed with the idea of a tapas bar in WNY and expect the execution of Aro Bar de Tapas to be pretty close to flawless, as the team seems to have left no detail untouched. Did we mention at the time of it’s opening (expected in January 2016) Aro will be the only tapas bar in Western New York? We have no idea how that happened, but Horwitz and team are filling a Grande Canyonesque sized hole in our food scene. Think Patatas Bravas, Chorizo al Vino, and Montaditos. Talk about anticipation.
More Info

1335 Main Street, Buffalo
From what we can tell, this NOLA style eatery will offer modest prices and come armed with secret family recipes of the Cajun variety thanks to Chef/Owner Donovan Tullier. The new, casual Southern Louisiana restaurant, expected to open on Main Street near Utica in the old Buffalo Steak & Sub in January 2016, will bring together a seriously casual atmosphere (think Jim’s Steakout) with food sourced from the Gulf of Mexico (read: the real deal). We personally can’t wait to try their in-house made French bread. Say whattttt? Stay tuned. 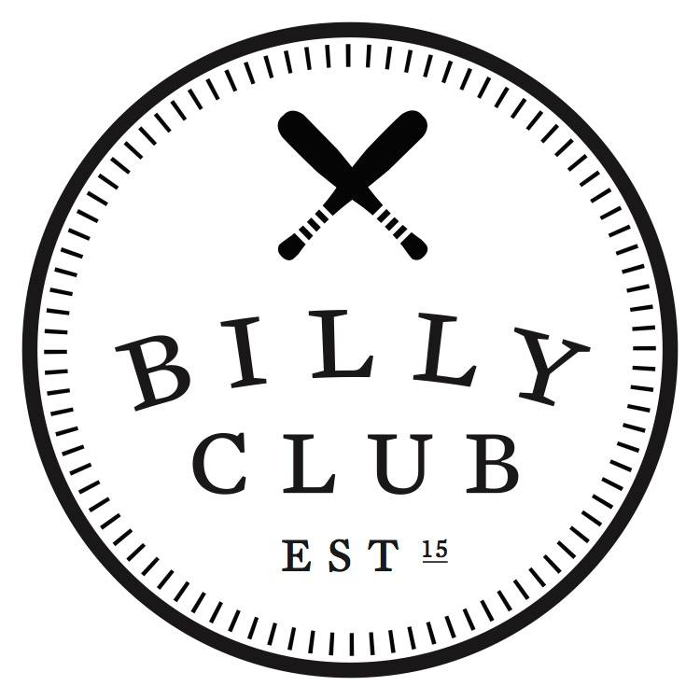 228 Allen Street, Buffalo
What we’ve heard of Billy Club so far has come solely from other local food writers to which we are grateful for the inside scoop. From what we’ve seen this place looks like it’s going to be quite the treat for Allentown. According to The News, co-owners Dan Hagen, a bartender at Toutant, and Jake Stawser, a mortgage advisor and bartender at Blue Monk hope to have the doors open in early 2016. Just how early, we aren’t sure. According to Buffalo Eats, Billy Club will have a simple food menu and a strong focus on whiskey and cocktails, offering a sophisticated retreat for more mature Allentowners. (Read: people who have to work early in the morning.)
More Info 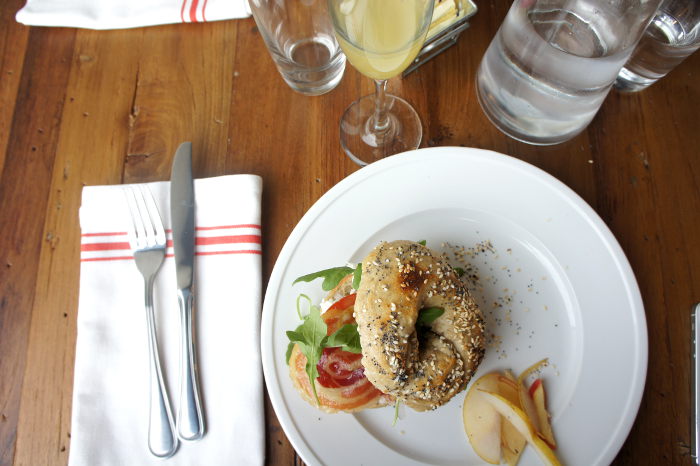 402 Connecticut Street, Buffalo
From the moment Breadhive hit the ground running they’ve had fans all over Western New York. Maybe it had something to do with their business tactics and their millennial like approach to starting a local business. Or maybe it was their their bread. And their soft pretzels. And their bagels. Either way, it’s no surprise that after consistently expanding their repertoire over the past year and a half they’ve decided to open a second location, this time an eat-in bakery and cafe on Buffalo’s West Side. If their Saturday Brunch & Brooze collaboration with/at Hydraulic Hearth is any indication of what we can expect at this new spot, we’re all in for a treat. Especially those with easy access to the West Side on the reg. Expect the opening to take place sometime in Spring 2016.
Read More

61 Buffalo Street, Hamburg
Here’s the thing, this won’t actually be named Buffalo Street Grill come opening time for this highly anticipated Southtowns restaurant. But we have no idea what the new restaurant by Hamburg Hospitality Group lead by Chef Andrew Murtha will be. We actually have no idea what the cuisine will be at this sister restaurant to Juicy Burger Bar either. What we do know is that they’ve gutted the space and plan to make use of the second floor, possibly a new kitchen, new decor and what we’re pretty sure will be an entirely new concept. Did we mention there MIGHT be a rooftop bar involved?
Stay tuned for more info here 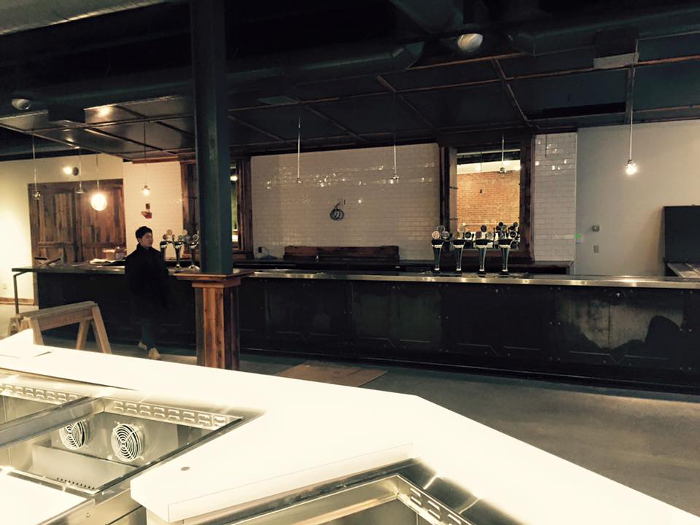 617 Main Street #200, Buffalo
Similar in concept to Mercado (see Aro Bar de Tapas above), this collaborative food hall will be happening this year at the Market Arcade in the old Perfetto’s Restaurant space. The marketplace will offer a range of culinary options from restaurants including Sun Roll (by Sun Restaurant), GBGB (by Gypsy Parlor), Newbury Street Cafe, Agave Dos (by Agave), Mercato (by Osteria 166), and Crush Juicery. The space will offer shared, communal seating and hopefully a big-city food hall meal we’ve been missing around here for years. Doors open (softly) on January 18th, 2016.
More Info

905 Elmwood Ave., Buffalo
While we haven’t heard much about this upcoming wood-fired pizza restaurant in a while, it’s been a long time coming and we’re hoping it comes to fruition in 2016. Originally The News reported that co-owners Charles Mauro and former Oliver’s owner Henry Gorino of Rocco’s, Siena and 800 Maple would open the large pizza place in Spring 2016. The location was formerly a gas station on Elmwood and West Delavan, which was demolished in Fall of 2015. The restaurant will occupy the first floor of the new building. We’re thinking this might be more like Summer or Fall of 2016 but ya never know.
More Info 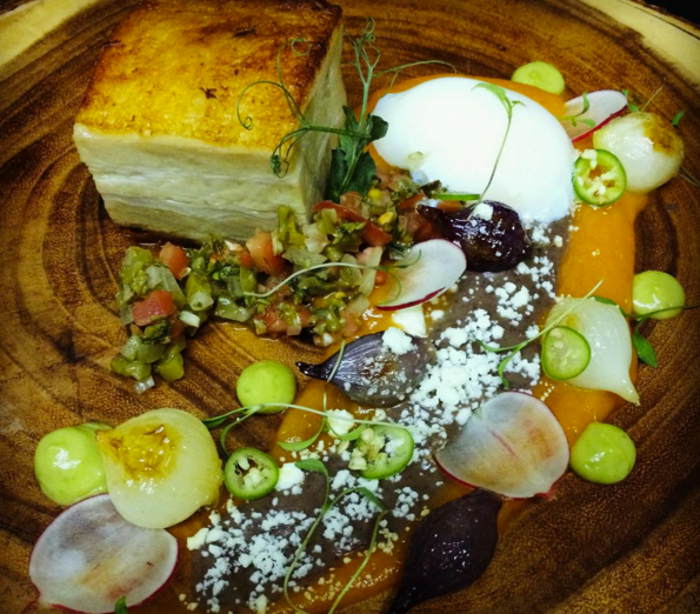 385 Rhode Island, Buffalo
Chef Victor Parra Gonzalez, owner of Youngstown’s Jaguar at the Bistro is *finally* opening a location in Buffalo, more specifically Las Puertas on Buffalo’s West Side. The small restaurant, expected to open in Spring of 2016 has a location and menu set, and hopes to raise more funding through an Indiegogo campaign that runs until mid January. Chef Parra Gonzalez is known for his creative, modern, authentic Mexican food and innovative style.
Read More 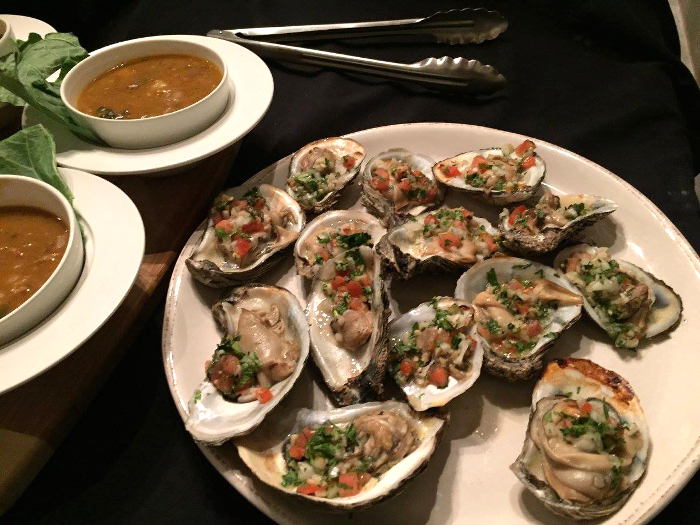 153 Elmwood Ave, Buffalo
Pasión, a Latin fusion restaurant opening in Allentown in the former Black Swan space is one we’re really excited about. The anticipation of a “real Cuban sandwich” from a Cuban restaurant is practically killing us. Other menu items we’ve spotted on social media include Alligator Bites, Crab Claws, and Grilled Oysters. From what we can tell on Facebook, Owner Yeslin Greason and Chef Manuel Cruz hope to have the place up and running in early 2016.
More Info 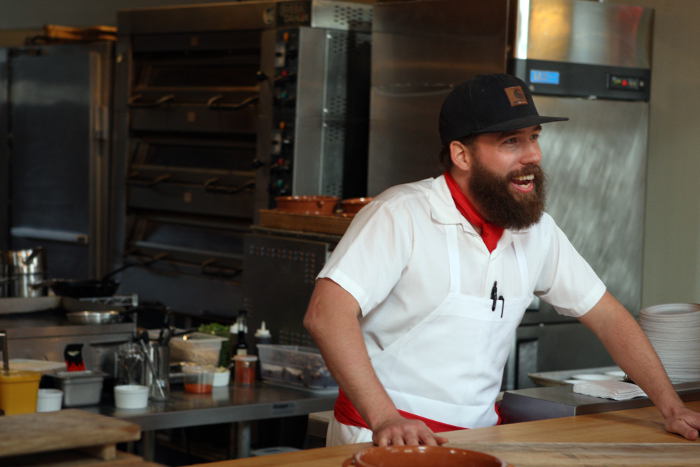 22 Main Street, Hamburg
An SOB personal favorite (yes, already) is The Grange – partly because we love anything Chef/Owner Brad Rowell (formerly of Elm Street Bakery) dreams up, partly because we love The Grange Building, and partly (read: mostly) because it’s a stone’s throw away from our office. While the opening is highly anticipated in our office, it’s also clear that Hamburg, as well as most of Western New York, shares in our excitement for Rowell’s neighborhood bistro. Expect a late Spring 2016 opening if all goes well. Plans include an overhaul on the interior of what was until recently Tina’s Italian Kitchen and a seasonally focused menu. We have a feeling this is will be the kind of restaurant you could eat at every day.
Read More

492 Elmwood Ave., Buffalo
Just like every other restaurant/bar in town opened in part by Mike Shatzel, the opening of Thin Man already has half of WNY day dreaming of what it will become. Likely, the gastropub and eventual brewery will exceed expectations thanks to the restauranteur’s talent for collaboration, eye for detail, and extremely useful connections. (See other Shatzel owned SOB favorite here: ABV, Moor Pat, Blue Monk) Shatzel has teamed up with developer Rocco Termimi on this one and will be transforming the space that was most recently Toro and Faherty’s on Elmwood. According to Buffalo Rising, the restaurant theme will be designed around a crash test dummy, the first of it’s kind that was invented in Buffalo. Expect/hope to see Thin Man open in Spring 2016. Is it just us, or is it about time Shatzel actually started brewing his own beer?
More Info