12 Must See Concerts in WNY This September 2018 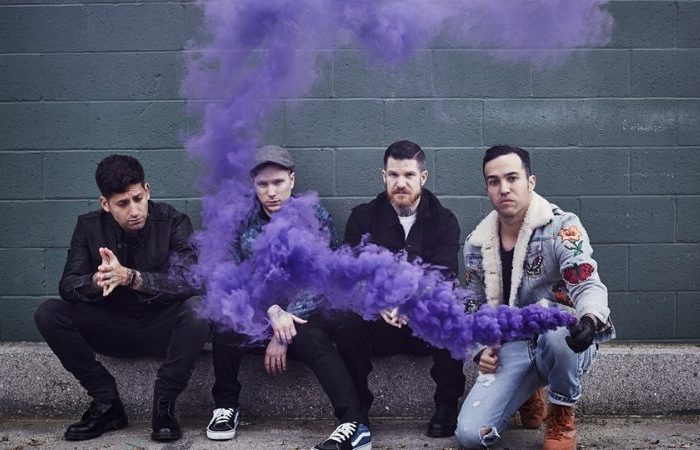 The warm weather may be behind us, but that doesn’t mean local stages are going to cool down anytime soon. September is filled lots of great live music that you can listen to while glugging down the pumpkin-spiced beverage of your choosing.

(Some of these shows may be sold out, but obviously you can still find tickets for sale on StubHub, Facebook, outside the show, from your weird uncle, etc. Don’t @ us.)

Fresh off being named Best Local Music Act by Buffalo Spree, Humble Braggers are releasing a 6-song EP and throwing a party to celebrate it. Head to the release party if you’re a fan, or if you like hearing catchy synth-pop.

Fall Out Boy is one of those bands you either love or hate. And, apparently there are enough local lovers of Fall Out Boy to fill Key Bank Center. Expect catchy-as-hell tunes and a massive pop punk spectacle.

Deep Purple and Judas Priest are Dad Rock bands in the best way possible. They’re also hard rock bands, which apparently is a dying breed these days. Get out your studded leather, do some neck calisthenics, stretch those devil horn fingers, and bang that head, Wayne’s World style!

While Deep Purple and Judas Priest are playing sounds of the past, Mt. Joy is pumping out the sounds of right f’ing now. These folk-poppers have played their radio hits to some of the biggest festivals in the world and given that track record; they’re coming to The Tralf for a pretty up-close-and-personal performance.

Yo La Tengo is the quintessential ‘cult following’ band. They never had a massive radio hit and despite that they’ve been growing a loyal following since the early 90s. Expect this show at Babeville to be a celebration of quirky pop and all things music nerd.

Bucket List Alert!!! If you haven’t seen Sir Elton in concert, this is your last chance. It is “sold out”, and that is not an excuse.

Every once in a while, a band comes to Mohawk Place that is destined for bigger and better things. This month, it’s Bully. Frontwoman Alicia Bognanno is an undeniable star and her band plays catchy alt-pop with an edge that will get you moving.

The team behind Borderland are on a mission to bring WNY an epic festival with grassroots and craftsmen vibes. Expect a lineup featuring The Revivalists, Sam Roberts Band, Dr. Dog,  John Oates and the Good Road Band, Oteil and Friends, and tons more.

This is the biggest hip-hop show of the month, and if Jay-Z wasn’t just here, we’d say it’s probably the biggest one of the year.

In case you didn’t know, Neko Case doesn’t suffer fools. Nor does she pity fools; that’s Mr. T (duh). Instead, she makes bracing, emotional and occasionally rocking music. Thao & The Get Down Stay Down are a legit act in their own right, especially for fans of folk pop.

Classical music is coming to Key Bank Center, which is a bit weird isn’t it? Well, not when you consider the fact that Dutch violinist André Rieu and his 60-piece Johann Strauss Orchestra have sold 40 million CDs AND their live shows regularly outsell artists like Bruno Mars and Rihanna. Heck yeah!