Every season we round up the most noteworthy new restaurants that have opened in the past few months. Our pants are tight, our wallets slim, but there’s food to be devoured and so we trek on. Here’s a list of recently opened restaurants/bars/breweries/bakeries/cafes/you name it to add to your must-try list this season.

Friendly reminder while you show these spots some love: make sure to socially distance, wear a mask when necessary, and respect current safety procedures in place by each establishment!

A new burger joint has opened up at 5175 Broadway in Depew, NY. Bomb Burger is serving up customizable burgers, loaded fries, hot dogs, milkshakes, and garbage plates in a fast casual setting.

After signing the lease back in January, the owners of Bomb Burger were able to open their doors on October 22 and have been busy dishing out burger stand goods loaded up with their famous bomb sauce ever since. They use fresh ingredients to make their specialty burgers, and Bombwiches. You can also completely personalize your burger with the huge variety of toppings available.

A food truck that focuses on delivering health and wellness through their protein shakes and protein bars will be opening their doors at a new location on the third floor of the Seneca One Tower. The Blend was founded by Tracey Taylor, a local mom and personal trainer.

Taylor raised her four athletic daughters on homemade protein shakes and healthy diets. She soon realized that promoting health and wellness through good food and nutritious ingredients was her passion. That’s when she started The Blend as a food truck and grew it into the success it is today. This new spot in the Seneca One Tower will be the eatery’s first brick and mortar location.

Keep Reading: New: The Blend is Expanding Its Healthy Options to the Seneca One Tower >

Marked by a slew of banks, good-looking people in suits and a massive golden dome, perhaps nowhere in Western New York evokes the hustle and bustle of the 80s more than Main Street in downtown Buffalo.

Do you like Phil Collins? I’ve been a big Genesis fan ever since the release of their 1980 album, Duke. Before that, I really didn’t understand any of their work. Too artsy, too intellectual. It was on Duke where Phil Collins’ presence became more apparent.

It’s hard to imagine the City of Buffalo’s resurgence without the Elmwood Village being a cultural hive of activity throughout the 90s, and from the mid-90s through the early 2010s, Le Metro on Elmwood Avenue was a major hub of that cultural activity.

In the mid-90s, Le Metro’s bistro concept changed the game locally by galvanizing on-trend cooking and a casual atmosphere: You could show up in jeans and enjoy the latest food trend being flogged by Emeril Legasse or Martha Stewart. Of course every new upscale restaurant is like this now: on-trend and casual. No jacket required at places like Toutant or Las Puertas.

Keep Reading: New: Iron Tail Tavern is All About Creating Lasting Relationships with The Elmwood Community >

When you cover restaurant openings long enough, you start to notice that there are a few types of people that always seem to open them: classically-trained chefs with a vision, real estate developers looking to monetize a property, and hospitality veterans who know a solid concept back-to-front.

Jack Reid, owner of the new Allentown Café, is seemingly that third type of new restaurant owner, having worked essential roles at Frankie Primo’s and Briarwood Country Club. The new café is laser-focused on delivering the type of craveable, contemporary comfort breakfast and lunch food that Allen Street is currently missing.

While we all want to live responsibly and do the right thing, being a good person – a very good person – can sound tedious. Don’t eat that, eat this. Wear a mask. Reuse everything. Be nice to others all the time. Don’t touch your face. You can’t say that anymore.

But being a good person shouldn’t be tedious. It should come naturally, and the new Khari’s café on the West Side of Buffalo makes doing the right thing a whole lot easier. And more enjoyable. Partly inspired by African spirituality, owner Kartika Carr has created a space that is meant to nourish the minds, bodies and souls of the surrounding community.

For generations, Western New York has had a sizable Puerto Rican community, and yet Puerto Rican food options are pretty stark, TBH.

When I mentioned this medium-hot take to Maria Del Carmen, who owns the Kiosko Latino restaurant on the West Side of Buffalo with her partner Alain Rodríguez, she agreed that there just aren’t enough good Puerto Rican food options, given the size of the local community.

“Can you believe that? It’s supposed to be good, no?” she said incredulously. “Sometimes I wonder the same thing.”
She admitted that many local Puerto Rican places “are not to my satisfaction. Maybe one or two places, the authentic flavor is there.”

The former manager and baker from Sugar Street Cafe is opening up her very own business in the same location, and you’re going to love it! Amy Dorato-Johnson’s Amy & Co. will be a quaint cafe for you to meet with friends and enjoy a relaxing atmosphere.

Amy decided to transition the space so that she could establish her own personal legacy — and she has definitely succeeded in doing just that. She’s the chef, baker, server, and business owner of Amy & Co. She has some help from great volunteers, but this project is all hers.

The opening of Art’s Cafe in the Village of Springville comes after years of hard work from local organizations and community members alike. Situated right on historic Main Street in the village’s center, this new space will function primarily as a coffee house, but will also have a small stage, arts workshop, housing for artists, and the area’s first ever green roof.

The idea for Art’s Cafe came from a joint effort between the Springville Center for the Arts and the Village of Springville all the way back in 2011. 5 East Main Street used to be a collapsing building with a leaky roof that was valued to be worth only $1. Thanks to efforts from the Center, the Village, and passionate community members, Art’s Cafe has become what it is today.

Art’s Cafe is “owned by a partnership between workers, community-owners and an arts organization.” Such an ownership strategy means that the cafe has become a heavily integrated part of the community, and visiting means interacting with the Village of Springville and its arts community as a whole.

Unless you’ve been living under a rock, you know about the never ending, “opening soon” saga of Hofbräuhaus Buffalo.

Open seven days a week, the local iteration of the German beer hall chain currently has limited outside tent and patio seating. The soft opening menu features sausages, pretzels and beer, of course. While the beer hall will be serving suds brewed on premises, the taps are currently pouring beer imported from the main Hofbräu brewery Munich. There is also live music scheduled for every night.

Keep Reading: Now Open: Here’s What We Thought of Hofbräuhaus Buffalo When We Visited >

Not quite MidWest and not quite East Coast, Buffalo is unique for its combination of trendy and time-honored tradition. This combination makes The Cereal Spot café essentially Buffalo in a bowl. Cereal cafes have popped up around the world, but the fairly new concept enjoys a special resonance in Western New York: We make cereal here.

In October 1941, General Mills started making CheeriOats – billed as the world’s first ready-to-eat oat cereal. Almost 80 years later, the plant’s cereal aromatics still perfume our city, but the old plant now has many essential modern upgrades – like packaging automation and eco-friendly LED lighting.Galvanizing a modern concept and an American classic, The Cereal Spot is a natural fit with the city, according to co-owner Eric Dacey.

Generally speaking, it isn’t very useful to dwell on the name of a bar or restaurant: We know why Hutch’s is called Hutch’s (its owner is Mark Hutchinson) and why Pearl Street Grill and Brewery has its name.

But Bean Bastard Coffee, well, that calls for an exception. Using a name that would make your grandma blush and having a logo that is essentially a hipster pirate skeleton sends a strong message: Things are a little bit different, maybe a little bit dangerous here.

Unlike roasting a chicken or side of beef, roasting coffee beans is all about the journey. By manipulating the times and temperatures of various roasting phases, a skilled roaster can coax out certain qualities of the beans while suppressing undesirable off-tastes.

Emily is co-founder and Director of Storytelling at Step Out Buffalo. Her favorite things to do are eat, travel, and think up business ideas. Emily is originally from Hamburg, NY and her out of town friends will tell you that she loves to talk about Buffalo any chance she gets.
Find More ➭ Essential New Restaurants 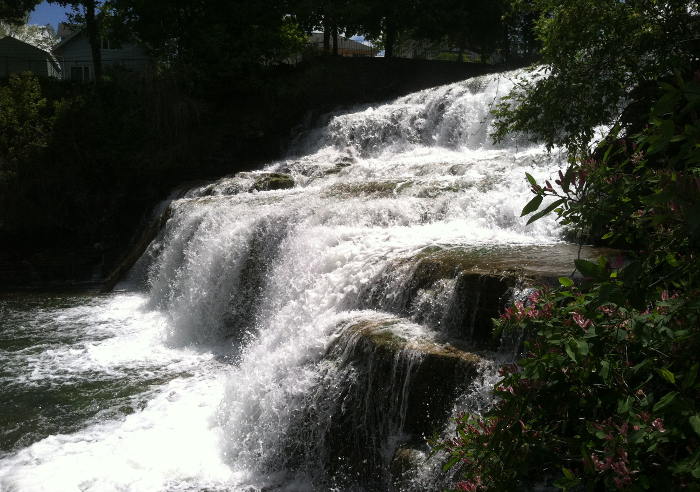 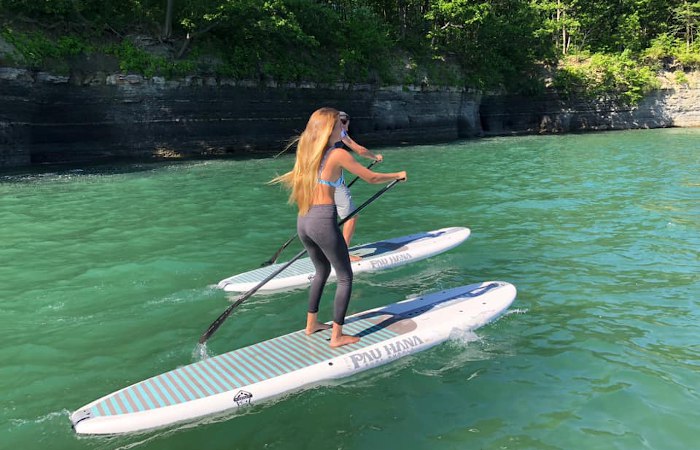 Photo courtesy of SUP Erie Adventures Over the past few years along with kayaking, stand-up paddle boards (SUP boards) have become a mainstream way to enjoy the water and/or a workout in Buffalo and Western New York. Thanks to the plentiful water access points we have...