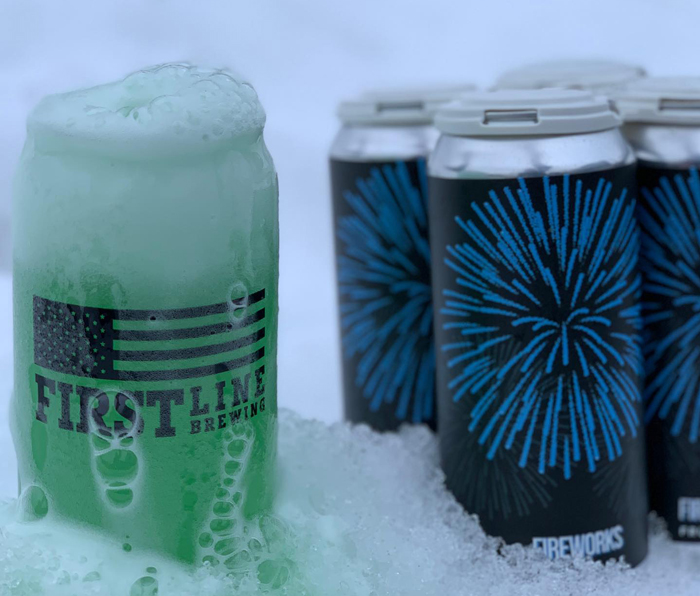 On the cold wintery days in Buffalo, nothing warms you up like an ice-cold beer. From darker, more robust beers like a sturdy stout to barrel-aged ales, Buffalo absolutely kills it when it comes to winter beers.

Check out some of the beers on our radar to try this winter:

Reminder: Keep in mind that some of these beers are veterans, while some are new releases. Since these local breweries like to offer a variety of different beers and are constantly changing their draft list, it may be worth a call before making the hike out to one of these locations. 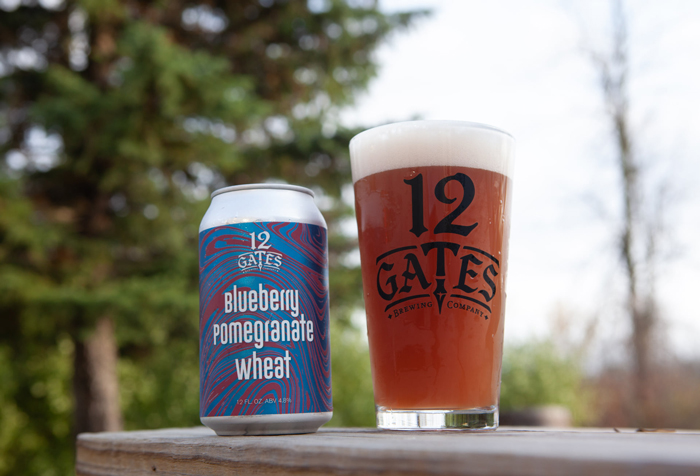 Enjoy the same delicious American Pale Wheat beer that you know and love, BUT NOW it has a new wild twist. The blueberry pomegranate wheat is infused with real fruit and is easy to drink and the perfect mix of sweet and tangy.

This dark American Porter is brewed with Costa Rican Coffee from Premier Gourmet will keep you warm and toasty all winter long. At first sip, you’ll be able to taste the notes of Madagascar Vanilla Beans and tart Cocoa Nibs.

7 Line was brewed in collaboration with the Buffalo Beer Geeks!

WHERE TO FIND IT: Premier Gourmet, BeltLine Brewing, Colter Bay.

Alright, when someone describes a beer as toasty, chocolaty, and velvety… we want to be the first on the list to try it! If you’re looking for a cold, dark stout to try this winter, then you need to add Cross Cut to your list of beers.

WHERE TO FIND IT: BeltLine Brewery.

Fresh baked cookies? Heck yeah! This winter ale is brewed with chocolate malt, English brown malt, and oats that have been oven-toasted right in the brewery. As if it could get any better, the beer is then finished with touches of cinnamon and vanilla bean. It’s toasty, sweet, and lightly spiced, just like your favorite oatmeal cookie. 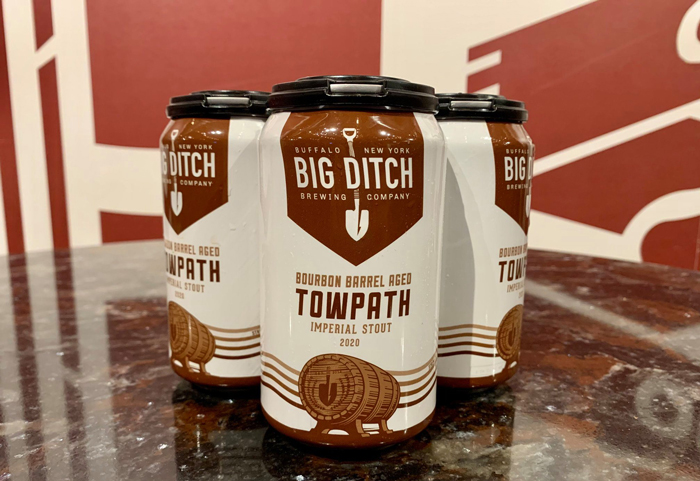 Does the winter weather make you want to drink? Ok, awesome, us too. Well, great news, TowPath has a 10.1% alcohol percentage. Yes, you read that correctly. With hints of vanilla, this boozy beer is one that you’ll want to sip slowly on a cold night.

WHERE TO FIND IT: Big Ditch Brewing Company, Consumer’s, Wegmans.

We still can’t believe that we’re living in a world where we can watch the Bills and the Sabres play at the same time. Perfect for game day celebrations, Buffalo Brewing Company just released their 1960 NEIPA. This beer features an incredible combination of Amarillo & Citra with a strong backbone of Pilsner and wheat!

WHERE TO FIND IT: Buffalo Brewing Company

Colorado is home to hundreds of breweries. So let’s just say they know beer. That’s why our friends at CBW collaborated with their friends at Firmly, an independent craft beer lab in Denver, CO!

This soft, fruit-forward, double IPA is perfect for day-time sipping. Plus, it’s brewed with Colorado white peaches and vanilla for extra flavoring!

WHERE TO FIND IT: Community Beer Works 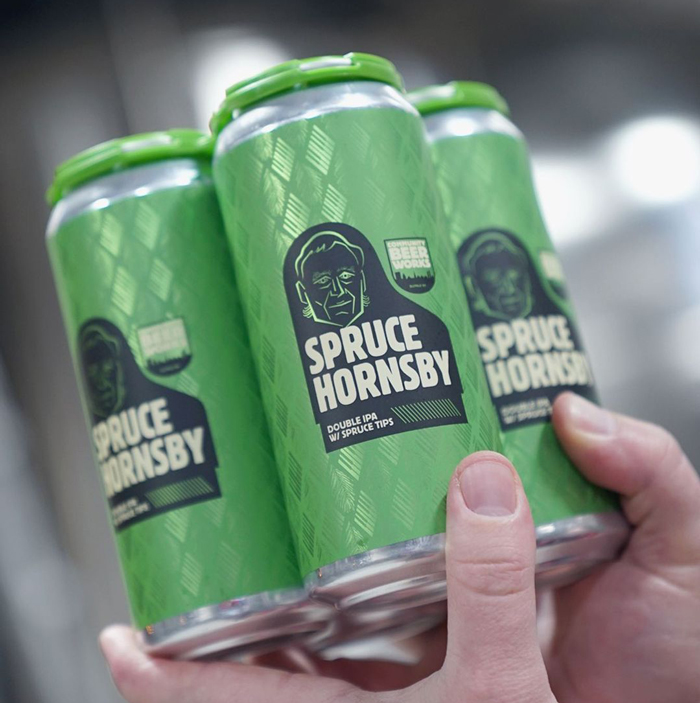 Available for a limited time only, this DIPA is brewed with real black spruce tips. That’s right, spruce-tips. This beer is bitter, fruity, and earthy, just the way we like it!

WHERE TO FIND IT: Wegmans, Lexington Co-Op, Community Beer Works.

First of all, the color of this beer left us speechless. Second of all, this is First Line Brewing’s first release in their Fruited Ale series, which is something worth celebrating! This blue-green sour is conditioned on a ton of juice, so it’s guaranteed to be extra tasty!

WHERE TO FIND IT: First Line Brewing

Who says that you have to wait until the summer to enjoy your favorite summer fruit? Now available only on draft at Flying Bison Brewing Co., you can sit back, relax, and imagine yourself sipping your sour on the beach.

This tasty beer packed with peach flavors is worth driving through the snow for!

WHERE TO FIND IT: On tap only at Flying Bison Brewing Co.

Like your favorite Paula’s Donut, Paula’s Red Velvet Ale is rich, bold, and sweet. If you’re going to try this beer, we highly suggest grabbing Paula’s red velvet donut (or a dozen of them, we don’t judge) to pair with your beer. Just trust us on this one.

WHERE TO FIND IT: Flying Bison, Niagara County Produce, Wegmans.

Double Dry Hopped? Easy to drink? Sign us up! Chess Not Checkers is one of Froth Brewing Co.’s latest releases. With Amarillo Hop Hash, Citra, Nelson, and Simcoe hops, this hazy beer deserves to be a staple in your beer fridge.

WHERE TO FIND IT: Froth Brewing Co.

We had to read the name of this beer like three times before accepting that it’s real. With these sweet and tart flavors, it’s no wonder why the staff at Froth Brewing unanimously decided that this is one of their favorite lollipops to date! If you’re looking for a sweet treat, make sure you’re giving this one a try.

WHERE TO FIND IT: Froth Brewing Co. 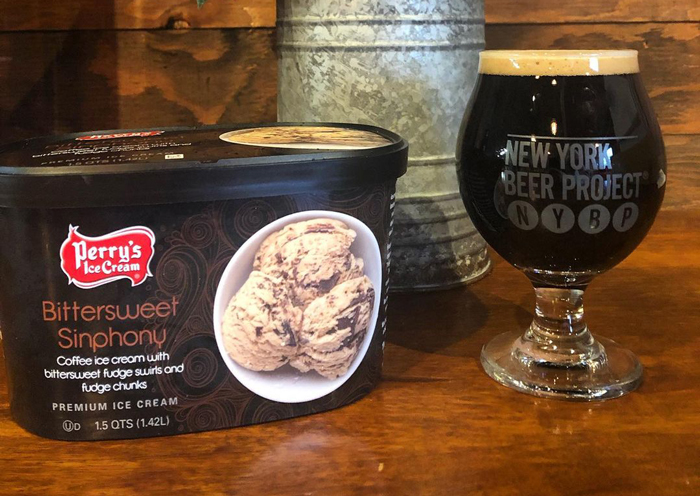 Introducing NYBP’s latest collaboration with Perry’s Ice Cream. This delicious dark beer has been brewed with local coffee beans and cold brew. But most importantly, this beer is full-bodied, coffee-forward, and has strong notes of chocolate and cream. Plus, $1 from each pint sold is donated to Children’s Hospital in Buffalo and Camp Good Days and Special Times in Victor.

WHERE TO FIND IT: NYBP

We can all agree that traveling looks a little different these days. But don’t let that stop you from finding your paradise. Take a tropical staycation all within the comfort of your own home by trying Resurgence Brewing Co.’s new fruited sour. This sour is loaded with Pineapple, Mango, and Tangerine!

Chai tea? Yes, please! Cozy up by the fire sipping on Rusty Nickel’s vanilla chai tea milk stout. This is the 2.0 version of their original chai tea milk stout, but now it has sweet vanilla added to help make you feel warm and cozy.

WHERE TO FIND IT: Rusty Nickel Brewing Co. 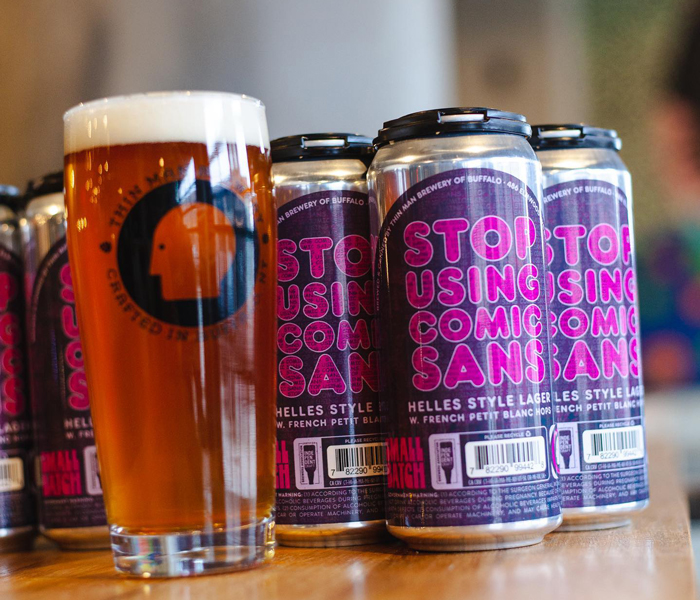 Using French and German Hops, Stop Using Comic Sans has a ton of unique flavors. One type of hop used, Petit Blanc, adds melon & delicate fruity notes to the beer while still offering traditional noble hop characteristics. The brewers at Thin Man describe this beer as herbal, peppery, and floral. Oh, and did we mention that it’s brewed with floor-malted pilsner, malted wheat, and a small amount of Carmel malt?

WHERE TO FIND IT: Thin Man Brewery

We’d like to rename this beer, “Reeses Cup in a can.” Brewed with British pale malt & flaked oats, you can taste flavors of peanut butter, chocolate, nuts, dark caramel, and honey in this rich beer.

WHERE TO FIND IT: Thin Man Brewery

PSA: there are so many amazing new beers out there. It’s safe to say that our local breweries are simply the best at what they do. Did we miss your favorite beer? Feel free to let us know what it is so we can continue to share it! Cheers!

No listings were found matching your selection. Something missing? Why not add a listing?.
MORE CITY GUIDES
Register Forgot Password Back to Login