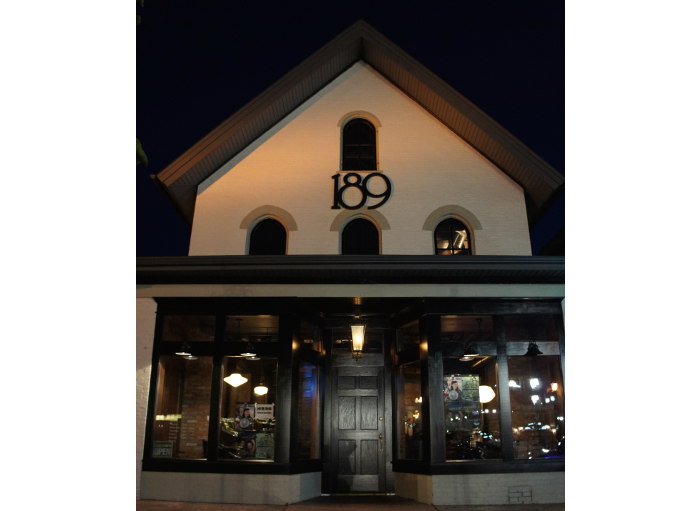 The news of a new pub opening in the run down building next to Bar Bill, by the very same owner Clark Crook, intrigues many. After a quick minute, surprise turns to excitement at the realization that the Bar Bill team knows what they’re doing. Evidently, East Aurora and anyone willing to visit is in for a multifaceted treat.

189 Public House on Main Street in East Aurora will open this week as a cross-genre music venue and much more. The whiskey bar will house a microbrewery, host up-and-coming musicians on the brink of making it big, and serve cocktails alongside an “Americana menu”.

What’s to be expected as far as atmosphere and design? “An old time American tavern feel,” says Crook. We’ve heard through the music crazy, East Aurora grapevine that an enormous amount of thought and effort (among other things) has gone into a beautiful design and an exciting concept for 189 Public House. As far as we can tell based on a few early comparisons, this EA music mecca will be similar in feel to Sportsman’s Tavern.

The menu will differ from the Bar Bill’s beloved wings and Beef on Weck – as in, you won’t find it here. If you’re so inclined, head next door either way, to Bar Bill itself, or order take out to Aurora Brew Works’ patio. Expect to see a menu filled with comfort food and classic cocktails accompanied by a whisky menu. There will be “a little something for everyone,” says Crook, “There are a lot of nooks and crannies to the business.”

The picture Crook and friends have painted of the new venue leads me to believe that there will be much to uncover as 189 Public House opens it’s doors, presents their menus and announces more shows. I have yet to get a peek inside, but I hear it’s going to be good once I do.

The first show scheduled for Tuesday July 15, Carsie Blanton, SOLD OUT in a mere 8 days after being posted on a personal Facebook account. Can you tell locals are excited for Main Street’s newest pub? Pre-sale tickets sold for $10 and would have gone for $12 at the door, had they made it that far.

The kitchen won’t be making it’s debut in time for the Tuesday show. Depending on the progress of several moving parts (the usual), Crook hopes to have the kitchen ready to rock and roll by this weekend, July 18-20, 2014.

Step Out Buffalo plans to head over as soon as the kitchen is ready and open to the public. We’ll grab a look at the menu, the highly anticipated decor, possibly taste what they have on tap if it’s ready, and report back ASAP.