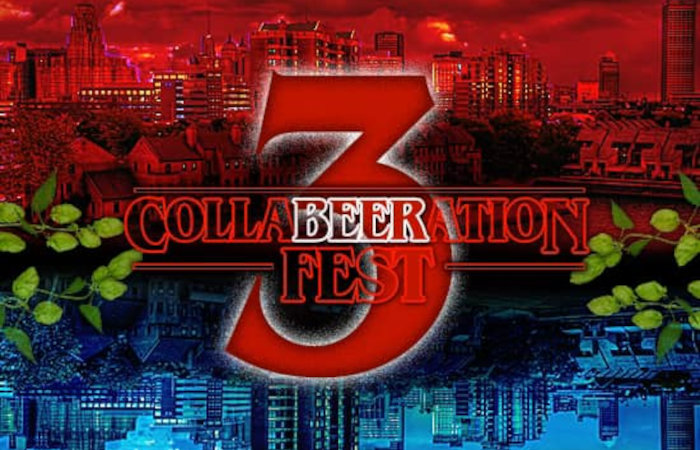 1. CollaBEERation Fest 3.0 Returns to The Powerhouse

Members of the Buffalo Beer Geeks have once again teamed up with a number of Western New York breweries, cideries and meaderies for the CollaBEERation Festival, which features experimental, small batch creations from 36 breweries, 3 cideries, 2 meaderies and more that the Buffalo Beer Geeks group and brewers created specifically for this event. Among the participants are Brickyard Brewing, Big Ditch Brewing, Thin Man Brewery, Strangebird, Brewery Ardennes and more. Along with other NYS breweries pouring beers, there will be craft vendors, food trucks and more. CollaBEERation 3.0 will take place March 25th at the Powerhouse. General admission tickets are $65, while VIP, which includes tastings from additional breweries, will cost $85. Tickets are on sale here.

The 4th annual Brewer’s Invitational, New York Beer Project’s annual beer festival which features limited edition and small batch beers, returns on February 5th (2pm-5pm). Guests will receive a commemorative tasting glass, gift card for food from NYBP’s gastropub menu and access to tastings of creative craft beers. At the event, you can mingle with brewers and brewery owners, ask questions, talk shop, and hang out with fellow beer lovers. Tickets are $50 and can be purchased here.

Big Ditch Brewing has released a pair of new beers this week – No Punts Intended American Pilsner and Tilt and Swirl Milkshake IPA. No Punts Intended is an easy drinking pilsner brewed with American barley and Cascade hops meant for crushing during long touchdown drives. This is on draft now. Tilt and Swirl is an ice cream-inspired MIPA brewed with oats, milk sugar, strawberry puree, cocoa nibs, and vanilla bean, then hopped with Mosaic hops. You can find it on draft and in 4-pack 16oz. cans on December 16th.

Thin Man Brewery has teamed up with Brooklyn’s Kings County Brewing Collective on a new 12% imperial stout, Tiramisoolander. Brewed with espresso, vanilla and cacao nibs, this tiramisu-inspired stout pours thick with notes of fresh espresso, vanilla custard, ladyfingers, and bittersweet chocolate. The beer will be on draft and in 4-pack 16oz. cans to-go on December 15th.

On Friday, Thin Man will release Dreamsicle IPA, a collaboration with Miami’s Dream State Brewing features Sabro hops, marshmallow, orange, and vanilla, Alasondro Alegre Italian Pilsner, which features notes of orange peel and rose and Out of the Keller Amber Kellerbier, which is crisp and clean with notes of lightly toasted bread, delicate caramel and a moderate bitterness. Looks for cans and draft at both Thin Man locations.

Hammer & Crown BC, a new brewery coming to Niagara Falls, has announced their first ever pop-up at Brewed & Bottled in Lewiston on December 18th to benefit Heart, Love & Soul. Those who bring non-perishable food, socks, underwear, hats or gloves will be entered into a raffle for a membership to their Teku Founders Club, gift cards and more. They will also have merch for sale.

The Teku Founders Club is limited to 100 members and is a lifetime membership. For $200, you will receive 2 gold foil teku glasses, 2 gold foil transfer decals, $25 Teku Founders gift card, club t-shirt and membership cards. Membership gets you access to exclusive beer releases, discounts on beer and events and first access to certain wild, barrel aged and sour releases. For more information and to join, click here.