1. Other Half Brewing Buffalo to Expand Operations at Seneca One

Other Half Brewing Buffalo has announced plans to expand to a new 8,000 sq. ft. full taproom, beer garden and sports bar at Seneca One in downtown Buffalo after signing a new 10-year lease with Douglas Development. They plan to host live music, house a coffee shop and offer breakfast options as well. Full details on just what the new space will look like are still being finalized by the brewery. Other Half Buffalo is currently open for to-go and on premise drinks. Tentative plans call for the new space to open next summer.

Pod City Beer Labs, a new nanobrewery located at Pizza Plant Canalside, has officially tapped their first beer, Patsy’s Pils. The 4.5% pilsner is brewed with Czech Floor Malted Pils malt and Sladek and Kazbek hops for crispy, dry and slightly lemony notes with a light malt sweetness on the finish. The beer is currently only available on tap at both Pizza Plant’s locations. Look for Pod City Beer Labs to release a New England IPA in the coming weeks. Their West Coast IPA is also on tap at Canalside right now.

42 North Brewing Company is planning a full weekend of events Friday, Oct. 21 through Sunday, Oct. 23 to celebrate its seventh anniversary. Under the theme ‘Lucky 7,’ the special weekend will feature a special collaboration with Lucky Day Whiskey Bar. This beer, a gose, will be released Saturday and will allow customers to add their favorite fruit flavors to create their custom beer. Leroy Townes Band will perform Friday, The Brothers Blue will perform Saturday and the 2nd annual Gear & Beer takes place Sunday. There will be a live DJ and music from Owen Eichensehr and Pat Harrington.

5. The Terrace at Delaware Park to Hold Cider Fest 2022 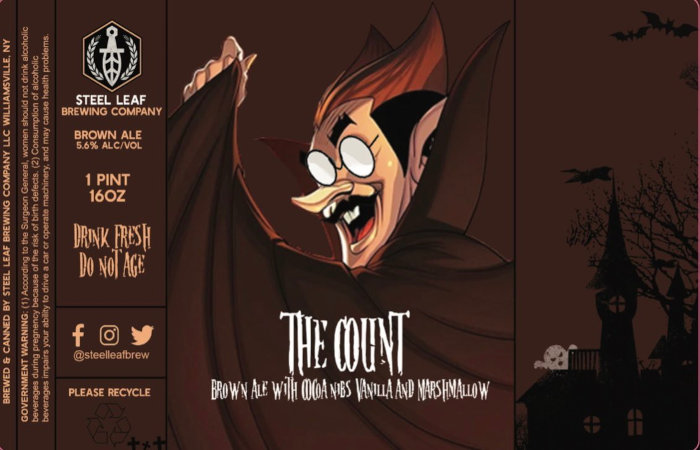 Steel Leaf Brewing Company, located at the Eastern Hills Mall, will release their first ever beer in cans on October 21 (5pm). The beer, named The Count, a smooth, creamy and chocolatey brown ale brewed with Cocoa nibs, Madagascar vanilla beans and mini marshmallows, is an homage to the iconic breakfast cereal of our childhood. This will be a limited release with only 20 cases available. 4-pack 16oz. cans will be available for purchase for $20.