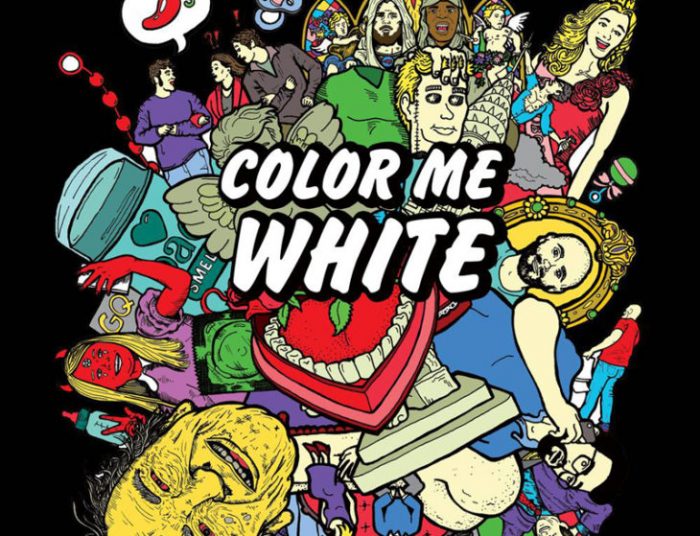 Unless you’ve been living under a rock, you’ve probably noticed that poetry has been taking the world by storm lately. Instapoets like Rupi Kaur are making waves in the literary world, spoken word and slam poets like Sabrina Benaim are racking up the views on YouTube, and local poets have even been gracing the cover of Buffalo Spree.

Poetry not your thing? Don’t worry – we’ve got you covered with this list of books by Buffalo authors that stretch the definition of poetry into collages, heartbeats, and even coloring books. 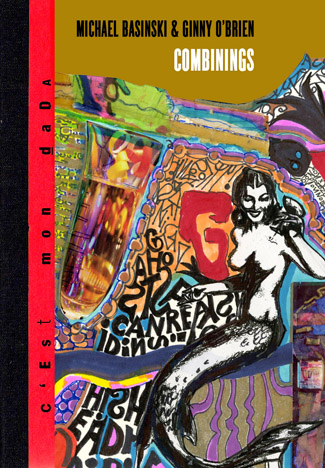 This book by explosive duo Michael Basinski and Ginny O’Brien is sure to liven up your shelf. These visual poems – more artworks than true “poems” – are combinations of letters, phrases, drawings, and collage. Basinski and O’Brien compose these pieces collaboratively, “exchanging the compositions literally at the table, which is to say passing them back and forth and thereby dissolving the notion of the single artist,” as they explain in the book’s bio.

Just big enough to fit in the palm of your hand, this tiny little book packs an intense punch. Each page contains one composition for a total of 36 high-color, animated, gripping pieces. One of our favorite compositions features the dark black mushroom-cloud of a bomb alongside a female raising her first up – either in protest or shaking it at the viewer. The phrase “I have ghosts in my words” sits in disjointed lettering right beneath the mushroom cloud, and in between all of this are random letters bunched together into geometric patterns, a cartoonish drawing of a pollywog, and random splotches of color. Like all the compositions in this book, it’s a beautiful, intricate piece that brings random elements together into perfect chaotic harmony. 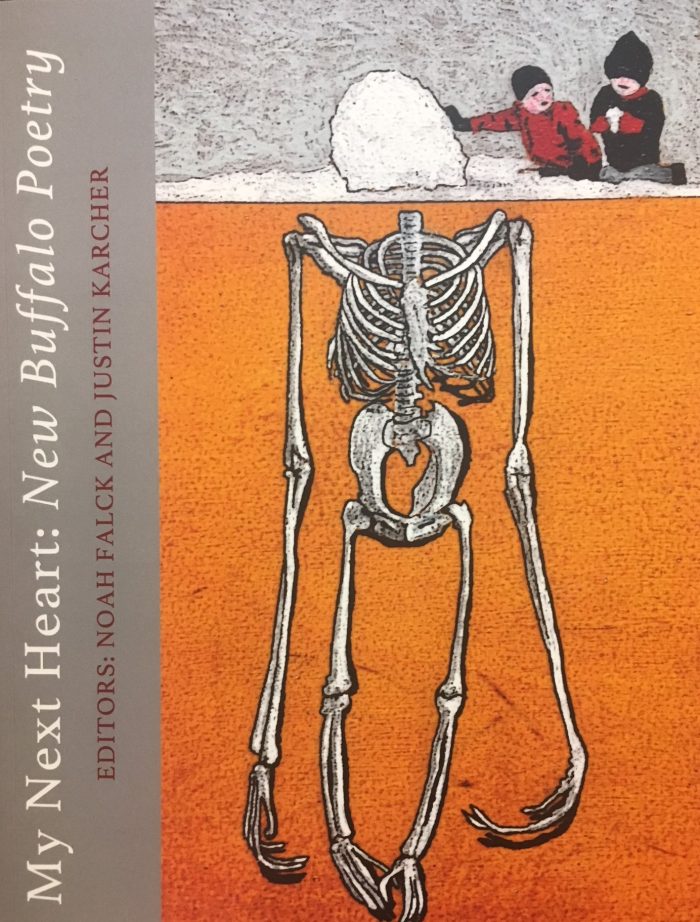 My Next Heart: New Buffalo Poetry

Trust us when we say you. must. read. this. book. Featuring the work of 54 local poets, all under the age of 40, this collection is a diverse showcase of some of the hottest young poetic talent in WNY. As editors Noah Falck and Justin Karcher state in their intro, this collection is “a heartbeat you can hold” pulsating with energy and emotion.

The poems and poets represented in this anthology represent a range of styles, backgrounds, content, and forms – meaning that no matter what sort of poetry you enjoy, you will without a doubt find some favorites in this book. Many of the poems, like Cheryl Quimba’s “My Buffalo,” bring the poets’ impressions of the city into sharp focus: “Pocket-sized, I fold you / four times into a diamond. / … Pull the grain through / the court rooms / and the vending machines.” Others, like Elli Orchid’s “Mixed Up,” are raw explorations of identity: “Not / light enough to / avoid police brutality but / just dark enough to / avoid getting sunburnt.” These poems will make you laugh, make you cry, & fill you with the heartbeat of a generation.

The Collages of Helen Adam

Calling all witches: this book is for you. Poet, collagist, and photographer Helen Adam (1909 – 1993) was a witchy little force of a woman, and her collages literally rip up the patriarchy. The pieces in this book – which is the largest collection of Adam’s collages ever printed – subvert the male gaze and instill women with deadly, supernatural powers. To create the collages, Adam would often take images of vapid, nameless female models from haute-couture magazines like Vogue and paste horrific, poisonous creatures like snakes, hornets, and spiders onto the images, giving the women a new sort of power and agency. A bunch of the collages also feature Adam’s adorable cat, Kilty. Talk about the ultimate crazy cat lady – can we be her when we grow up?

While Adam herself never lived in Buffalo – she was born in Scotland and spent most of her life between San Francisco and New York City – Alison Fraser, the book’s editor, is a Buffalo resident and a graduate of UB. Plus, the Helen Adam Collection, an archive of Adam’s correspondence, manuscripts, collages, and scrapbooks, lives in UB’s Poetry Collection. Don’t let the price tag on this book scare you – Adam’s collages will make everyone in your coven jealous.

Have you gotten super into the latest trend of adult coloring books? Same. Are you really riled up by white heteronormative masculinity? Are you always on the look-out for self-aware critiques of racism and sexism? If you answered yes to any of the above, then this book is for you.

A collaboration between poet Kevin Thurston and artist Mickey Harmon, this book takes the innocent concept of the coloring book to the next level. Harmon’s illustrations throughout the book pair up with Thurston’s words, which are snide and self-conscious snapshots of white masculinity. The book opens with “A straight white male is at a dinner party” and basically sets the tone for the book. We’re confronted with familiar scenes, but asked to consider them head-on in new ways and to spend time sitting with and processing them as we’re coloring. Leave this one out on your coffee table – it’s sure to be a conversation starter. 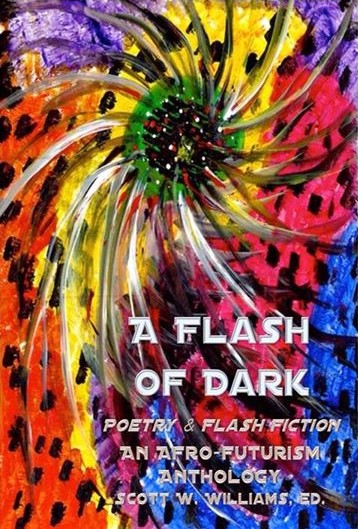 A Flash of Dark: Poetry & Flash Fiction, An Afro-futurist Anthology

This one goes out to the sci-fi fans. Anyone who has obsessively read H.P. Lovecraft or Ursula K. Le Guin needs to get their hands on a copy of this book. A collection of poetry and flash fiction (short stories written in 1,500 words or less), all of the pieces in this book take their inspiration from Afro-Futurism, a movement that incorporates elements of Black and African history and culture into the sci-fi genre.

Think Black Panther meets literature. Buffalo-based editor Scott Williams explains in the book’s acknowledgements that the anthology was a direct response to Marvel’s film, which also draws heavily on Afro-Futurist themes. The anthology features writers from across the United States, and between the stories and poems there is sure to be something here for every sci-fi lover. One of our favorites is the poem “#SciFiSoWhite” by Josh Smith: “All time travel films / are horror films when you’re black. / We don’t just die first, / we die in droves …” This book is both a thought-provoking critique of traditional sci-fi and an enthralling journey into Afro-Futurist lit.