5 Tips for Attending a Poetry Slam in WNY 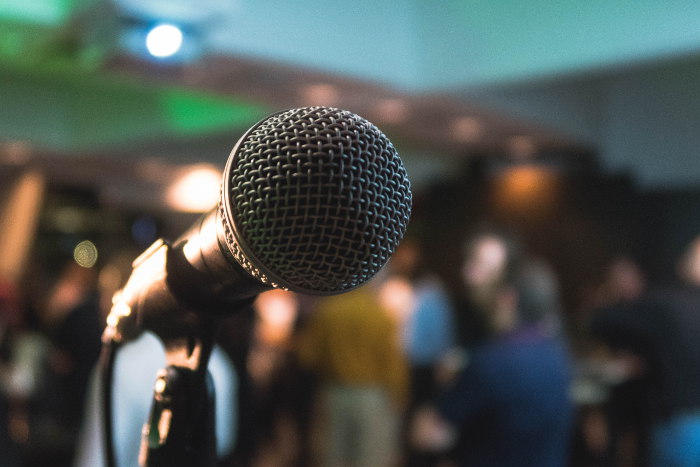 Buffalo’s slam scene is on fire right now, and if you haven’t been to a poetry slam yet – what are you waiting for? Last month, the Wat You Mean? Poetry Slam brought together incredible poets from across the country right here in Buffalo’s Old First Ward. Besides large-scale slams like Wat You Mean?, Buffalo is also the proud home of Pure Ink, the only monthly running poetry slam in Buffalo, and Wordism, Buffalo’s premier non-competitive spoken word event.

Never been to a slam before? Read on to find out everything you need to know before hitting up one of these events in Buffalo and Western New York! Oh and keep an eye on our poetry event listing page for upcoming poetry events. 😉 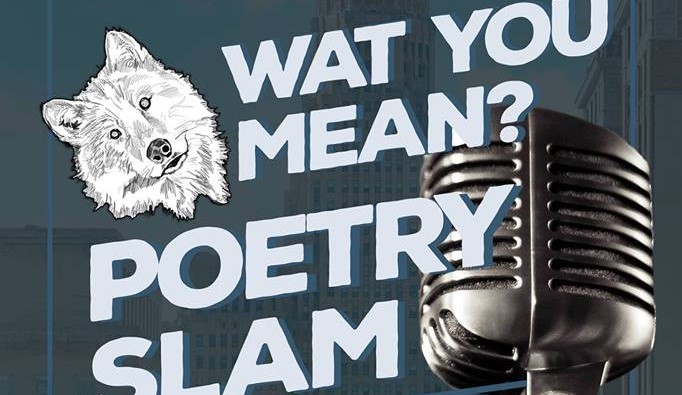 Competitive poetry slams are often made up of two or three rounds, with poets battling it out to progress to the next round. Poems can only be three minutes long, with a 10-second grace period (so at most, 3 minutes 10 seconds) before poets start losing points for going over time. This means that slams move pretty quickly! At a larger slam like Wat You Mean?, a large pool of poets compete in the first round. Only about half the poets will make it to the second round, and a lucky few will continue on to round three before the top three poets are crowned the winners. This is the general format for competitive poetry slams.

2. Who says who stays and who goes?

Wondering which illustrious judges get to determine the winners of these events? You do! Winners are selected by audience judges, who score each poem on a scale from 0-10. Audience members sign up to judge at the beginning of the slam. Judges can’t be family, romantic partners, or close friends of the poets performing, so if this is your first foray into the slam scene you might very well find yourself in a position to judge! Don’t be afraid – it’s fun and low-pressure! And don’t worry, you don’t have to have memorized all of Emily Dickinson or be intimately familiar with Shakespearean sonnets to be qualified to judge. You just have to be open-minded and ready to enjoy some breathtaking poems. 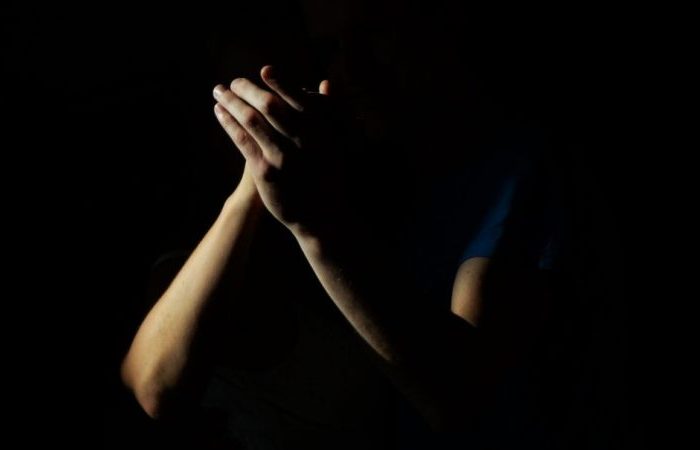 3. Don’t be afraid to get involved!

Okay, we get it – judging might be a little intimidating for some people. But never fear – poetry slams are super interactive, with the poets feeding off the energy from the crowd, so there are tons of other ways you can get involved! The best thing to do is snap your fingers when you hear something you like – a line that moves you in some kinda way or gives you feels you weren’t expecting. You can also give some supportive snaps if a poet messes up or pauses to remember their next line. Cheer the poets when they get on stage, cheer them when they’ve finished their poems, cheer them when they get their scores. Laugh, sigh – maybe even throw out a “Yeah, poet!” This ain’t your grandma’s poetry reading. 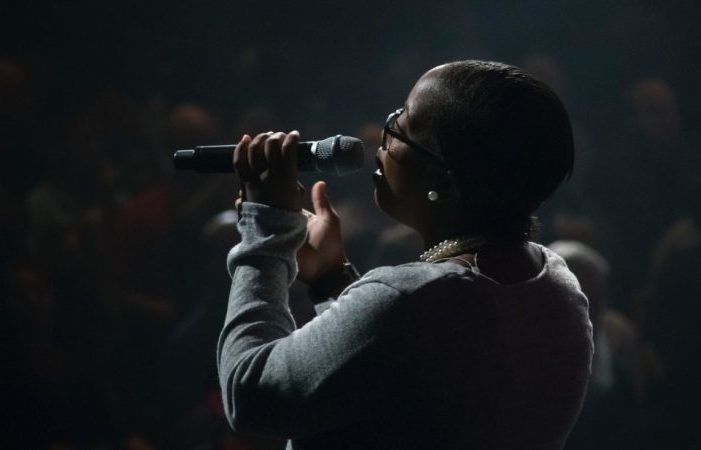 4. Be aware of the rules

While cheering and supporting the poets is totally okay, be aware that the 3-minute clock starts as soon as a poet engages the audience – meaning that if you say “hey” when a poet gets onstage, they won’t say “hey” back. They need to make the most of that three minutes as they can, so don’t be offended if they seem super in-the-zone before beginning their poem. It’s also good to know that poets aren’t allowed to use any props or accompaniments – just their bodies and voices.

Slam is a diverse genre – meaning you’ll get everything from poems about chess to PTSD to rape culture to white water rafting. Since the poets are making the most of their three minutes, they won’t have time to give you a head’s up about triggering content. Just be aware that you could hear anything. However, it’s good to know that openly offensive content is typically not tolerated at slam events. The poems are meant to be a way for the poets to share their experiences of the world with others – and often, slams are an incredibly beautiful, fiercely high-energy, super cathartic time.

We’ll see you at an upcoming slam!