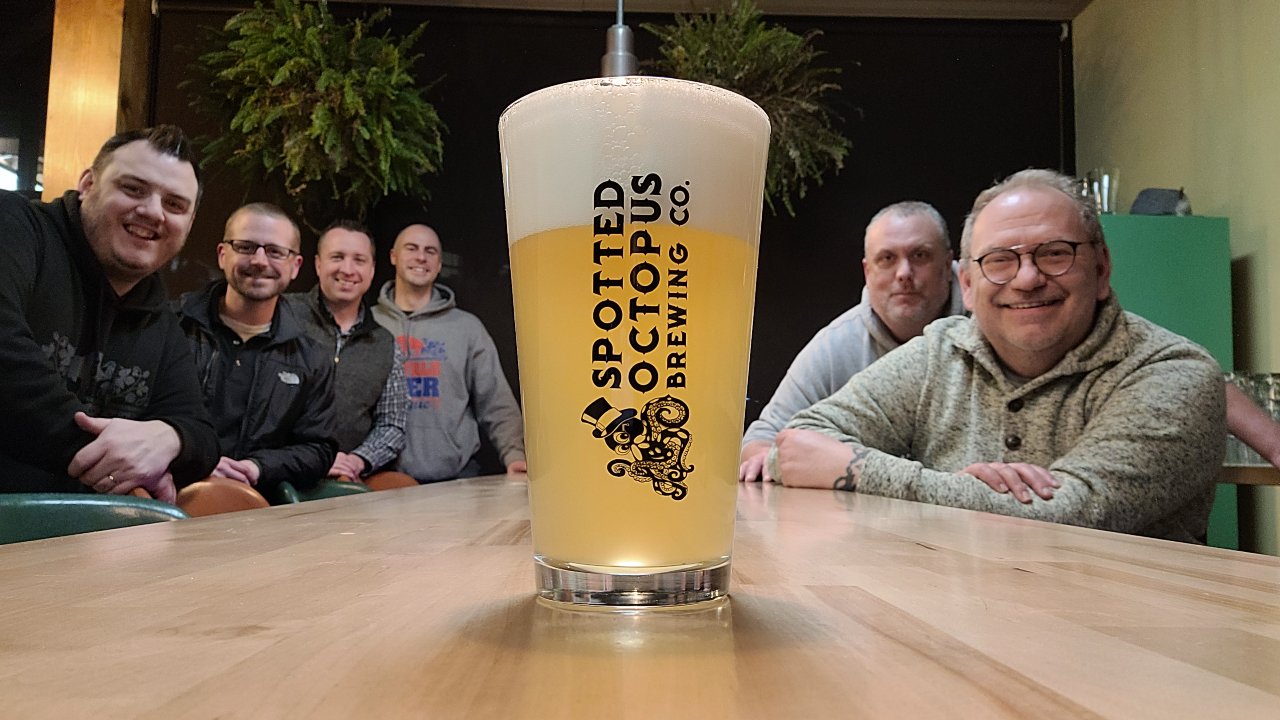 Spotted Octopus Brewing has announced plans to open on April 22 at 41 Edward Street in Buffalo. On April 22, they will be open 4pm to 11pm and 12pm to 11pm on April 23. The space features 12 taps and is kitchy and intimate with a homey feel (the space is filled with donated furniture from family and friends). There is a second floor with additional seating as well. They will be announcing their launch beers via social media over the next few weeks.

Believe it or not, it will soon be time to raise a toast to the end of yet another long Buffalo winter and what better place to do so than at Thawfest happening at Buffalo Riverworks on April 9 (6:30-9:30pm). Over 50 local breweries, cideries, distilleries, and wineries will be on hand, while the Cory Klawon Duo will provide live music. A wider selection of rare and limited beers, as well as finger foods, will be available in the VIP section (5:30-9:30pm). Tickets can be purchased here (General admission: $45, VIP: $65). Designated driver tickets are also available.

12 Gates’ Daze Series continues this Friday, April 8 (12pm), with the release of Happy Daze, a 6.5% hazy IPA aged on milk sugar and double dry-hopped with Cascade, Simcoe and Waimea. The new haze will be available on draft and in 16oz. 4-packs to-go at the brewery this Friday and wherever great craft beer is sold soon after.

Hofbrauhaus Buffalo will once again roll out the barrels on April 6 (7pm) with a ceremonial parade and keg tapping of Hopfen Spezial, a hoppy, amber-hued, unfiltered lager. It is very citrusy and piney with a clean malt backbone to balance the hoppy bitterness. The brewery says that it pairs well with the HB Salat, Gemischte Kaseplatte, and the Riesenbratwurst. For reservations, call 716-939-2337 or visit hofbrauhausbuffalo.com.

Resurgence Brewing has teamed up with OnCore Golf and PGA Hope WNY Foundation on Smash Factor, a 5.5% IPA featuring HBC 586 and Mosaic hops. The official launch party at Resurgence April 9 (12pm) will feature an indoor putting green (hit your putts to win a pint and Smash Factor ball), mini golf putting green games, chip cornhole game stations and an Oncore Golf popup with exclusive merch, including Smash Factor golf balls. $1 from all Smash Factor pints will go towards PGA Hope all weekend and partial proceeds will go to WNY PGA HOPE, a golf charity for veterans.

On April 8 (3pm), Community Beer Works will add to their stable of IPAs with Excelsior! IPA, a 7.5% golden colored classic American IPA brewed with light caramel malts and hopped with El Dorado, Citra, Centennial, and Caliente. Excelsior! will be available on draft and in cans to go, as well as wherever great beer is sold soon after. The beer is available for preorder now at communitybeerworks.com.