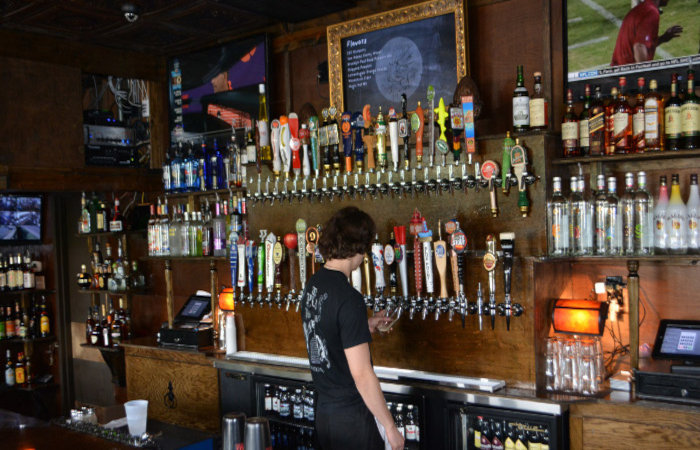 The owners of Griffon Gastropub, who have locations in East Aurora, Clarence, Niagara Falls and Lewiston, have announced plans to open a brewery at 115 S. Water St. in Lewiston. The new spot, which will be called Griffon Brewery and Gastropub, will supply the Griffon chain with its own brews. Work is currently underway in the kitchen at the location, which ownership hopes to have open by May 8. And while work continues at the brewery, Griffon House on Center Street in Lewiston will close.

3. Other Half Brewing at Seneca One Tower is Back Open

The doors at Other Half Brewing’s Buffalo location at Seneca One Tower are finally back open after the location received the proper licensing. The taproom will be open Tuesday (2-7p), Wednesday (2-7pm), Thursday (2 -7pm), Friday (2-7pm) and Saturday (11am-7pm) and closed Sunday and Monday. The taproom will have single serve cans to enjoy on site and dozens of 4-pack cans to-go, all of which can be found here. You can find news on can drops and new releases here.

For their monthly keg tapping, Hofbrauhaus Buffalo will break into the barrels of marzen on March 2. This springtime marzen pours burnt orange with aromas of bread and toasted crust. There is a slight floral spiciness from the hops, though the beer drinks smooth and finishes clean and crisp. Hofbrauhaus recommends pairing it with the Schweinbraten. Ceremonial keg tapping and parade take place at 7pm. Make reservations at hofbrauhausbuffalo.com.

Windy Brew is taking a weekend to celebrate their milestone fifth anniversary on March 4 – 5. Not only will there be live music on Friday by Alexander James (5-9pm) and Saturday by Christian Kramer (7-10pm), the brewery will be tapping a number of new beers, including Veterans Juice Pale Ale, brewed with Veteran Hop Blend, Get Firked, a berry flavored pilsner in a firkin, Frut Lups, a Fruit Loops-flavored sour, Krissy’s Kar Bomb Stout, an Irish Car Bomb-inspired stout and Wind Power Sour, brewed with mango, pineapple, strawberry and marshmallow. There may even be a barrel aged surprise or two.

Not only is the Buffalo Home Show returning to the Buffalo Niagara Convention Center this year (March 4-6, 11-13), so too is The 97 Rock Home Show Happy Hour. The event, hosted by Tom Ragan from Shredd & Ragan In The Morning, features craft beer, cider wine, games, trivia and more, each Friday night (5-7pm), free for all Home show attendees 21 and over. 42 North Brewing and Community Beer Works will be pouring different craft beers each Friday. You can save $2 by buying tickets in advance online.