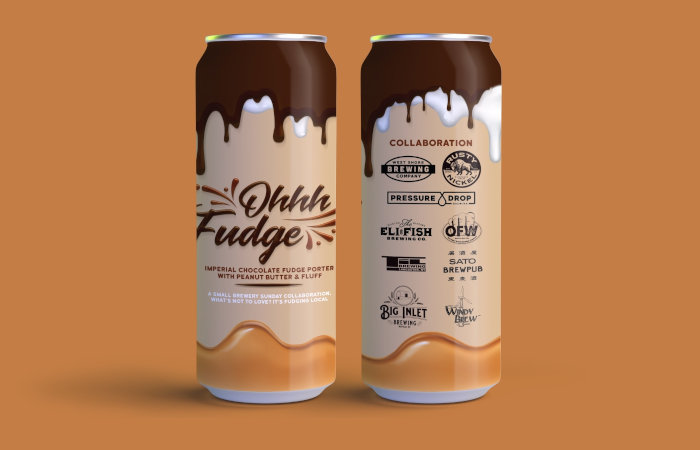 For their latest collaboration, Thin Man has teamed up with Braintree, Massachusetts’ Widowmaker Brewing. The result, which will be released January 21, is Cosmic Gumbo, an 8.2% Double IPA that was heavily hopped with Galaxy, Vic Secret, Citra and Mosaic hops to produce flavors of dank peach juice, green melon and lime. The beer is smooth and juicy with a pillowy soft body. Cosmic Gumbo will be available at all Thin Man taprooms.

Another collaborative brew is coming to Western New York, this one courtesy of 12 Gates Brewing and Eli Fish Brewing. Fruit Explosion, which drops January 20, is 6.5% ABV fruit smoothie sour with flavors of pineapple, raspberry, watermelon, lemon, lime, tangerine, blueberry and blackberry, with a touch of vanilla. Fruit Explosion will be available on draft and in 16oz cans.

After last summer’s The Dude’s Homebrew Competition, Pretty Fly for a Ry Guy NEIPA will officially see a release at Resurgence Brewing on January 22 (12pm). The beer was created by homebrewer Jon Tarasiewicz. Attendees will receive their first pint of Pretty Fly for a Ry Guy NEIPA for free, with $1 from every pint and $2 from every 4-pack sold going to The Dude Hates Cancer and blood cancer research. The beer will be on draft with a limited amount of cans available.

The second annual Thee Barleywine Classic, an intimate gathering of select craft breweries coming together to celebrate and showcase the wonderful style of barleywine, returns to CBW on February 27 (12-4pm). Tickets are $45 and include 10 tastings, custom tasting glass, bowl of chili with cornbread and live music. Featured breweries include Bolton Landing Brewing, New York Beer Project, Old First Ward, Prison City Brewing, Rare Form, Resurgence Brewing and more. This intimate festival gives you the opportunity to take your time with each round, ask questions and enjoy every ounce of many delicious barleywines.

5 Buffalo Beer Briefs to Know This Week: May 11

10 of the Coolest and Most Unique Mobile Businesses in WNY

The Ultimate Guide to Upcoming Meat Raffles Around WNY

10 Places to Get a Delicious Iced Coffee in WNY