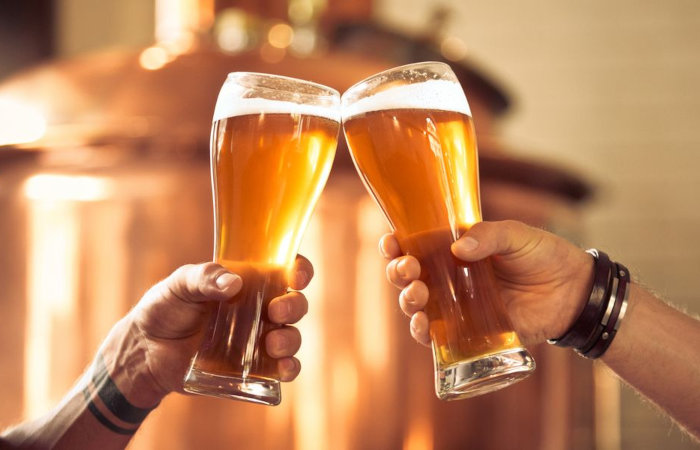 After being delayed due to the Christmas weekend winter storm, Magic Bear Beer Cellar and Spotted Octopus Brewing will release HiBEARnator, a new winter warmer brewed with ginger, cinnamon, orange peel, cardamom, and all spice, on January 5 (5pm) at Magic Bear. In addition to HiBEARnator, Spotted Octopus will also be sampling a selection of their other brews. For the release, Brisket Love BBQ will be on hand serving food.

Southern Tier Brewing is once again looking ahead to spring with the release of their Irish Cream Stout, an Irish cocktail inspired stout that features notes of vanilla beans, fresh ground coffee and Irish whiskey with a rich creamy finish. Irish Cream Stout will be available everywhere great beer is sold and on draft and at all Southern Tier taprooms.

Get your New Year started right with Hofbrauhaus on January 5 (6-9pm) as they hold their first keg tapping of 2023, their new Schwarzbier. A parade and barrel tapping will be held at 6pm with celebrity keg tapper, Queen City Roller Derby. This is a dark German lager that balances roasted, yet smooth, malt flavors with moderate hop bitterness. The lighter body, dryness and lack of a heavy aftertaste helps make this beer quite drinkable. All guests will receive a complimentary 0.3L of schwarzbier, while Stein Club Members will receive a complimentary full liter. For reservations, call (716) 939-2337 or visit hofbrauhausbuffalo.com.

While they are currently open for business, 12 Gates Brewing will hold the official grand opening party for their Ellicottville location, 12 Gates of EVL, on January 13 (11am). There will be live music from Ade Adu (3-6pm) and AJ Tetzlaff (7-10pm), giveaways every hour, including 12 Gates of EVL merch and a Holiday Valley Ultimate Flex Pass, a wide variety of 12 Gates beers on draft and in cans to-go, including happy hour specials for 4-7pm (discounts on 12 Gates House Lager and well drinks), and more. This all day event is family-friendly and open to all (no cover).

The 716 EmPOURium Whiskey & Spirit Tasting, which will feature tastings from local and national distilleries and wineries, will take place at Michael’s Catering and Banquets. This event will be on March 4, 6-9pm (early admission is at 5pm). Proceeds from the event will go to benefit K.I.A. Memorial Roadmarch, which honors the 330 military members from NYS who were killed in action in Iraq and Afghanistan since 9/11. Purchase tickets here. Stay tuned here for vendors.

The tenth anniversary of Flying Bison’s Groundhog Day celebration takes place at the brewery on January 28. The party starts at noon. Tickets are $25 presale and $30 day of, and include two Flying Bison beers, access to the heated tent with live music, merchandise and food. Buffalo Mack and Buffalo Bert will be making their Winter Weather prediction at 2:30pm. Proceeds from the event will be donated to Hawk Creek Wildlife Center and other animal-related organizations throughout WNY.