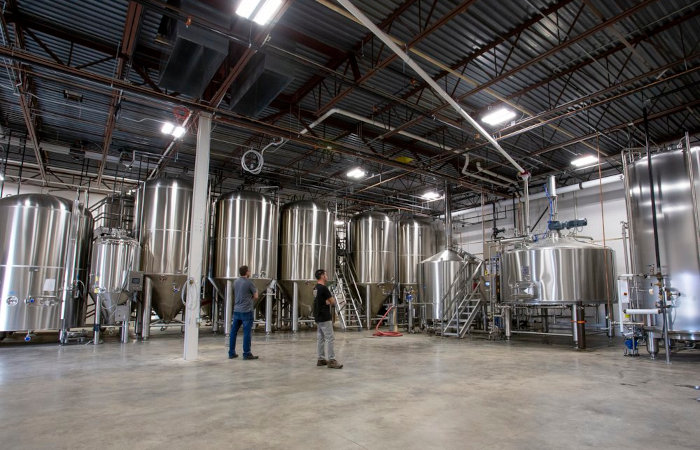 1. Big Ditch’s New Production Brewery is Up and Running

Beer is officially in the tanks at Big Ditch Brewing’s new production facility on Oak Street. The new space, a 40 barrel brewhouse equipped with 10×80 barrel fermenters, is twice the size of their existing brewery and will allow them to produce more than double the amount of beer almost immediately. The new production brewery will be responsible for the brewing and packaging of all the beer in 12oz. cans, freeing up Big Ditch’s Huron St. headquarters to focus more on innovative pilot batch beers. It might also allow for ‘beyond beers’ and ‘big new packages,’ according to Big Ditch.

The Beer Keep is going on Summer Vacation in the Finger Lakes with a special tap takeover on July 30 (12pm). The event will feature beer and cider from Mortalis Brewing, Frequentem Brewing, Prison City Brewing, Embark Craft Ciderworks, Fifth Frame Brewing, Noble Shepherd Craft Brewing, Other Half FLX Brewing, Aurora Brewing, Rising Storm Brewing and Naples Brewing. Guests can expect hard-to-find beers and ciders on draft and packaged, available for consumption in house or to-go. Draft and packaged lists will be announced soon.

The Best in Show winners from both the Erie County Fair Homebrew and Cider competitions will be available to sample soon. The 2022 Erie County Fair Craft Beer will be tapped at Hamburg Brewing on July 28 (5-7pm). The winning brew is a Dark Mild developed by homebrewer Jesse Walters of Cheektowaga. The event will feature samples of the winning homebrew. The winning Home Hard Cider will be featured on August 4 (5-7pm) at the Buffalo Cider Hall. This year’s winning cider, a Hop Cider, was created by Patrick McPartland of Kenmore. Both events will feature free samples.

The newest iteration of Community Beer Works’ beloved The Whale, Mocha Iced Cappuccino, will be released in cans and on draft on July 22 (3pm). This special version of The Whale is brewed with lactose and aged on cocoa nibs, locally roasted espresso beans and Madagascar vanilla beans. Available on draft and in 12oz. six packs for a limited time.

With training camp officially underway for the Buffalo Bills, breweries and cideries across Western New York are showing their team spirit, including Ellicottville Brewing, who have announced the release of Tailgate Time IPA, in early August. This new beer is a bright, aromatic American IPA with notes of apricot, lemon rind and hearty hops, brewed to be the perfect companion at your next tailgate, football party, or favorite sports bar. Look for Tailgate Time wherever great craft beer is sold throughout the upcoming Bills season.

Resurgence Brewing knows one day isn’t good enough to show appreciation for the Bills, so they are going all weekend long, July 22-24. For Bills Appreciation Weekend, Resurgence will release Shnow Gose On, a new fruited gose with cherry, pineapple and blood orange, brewed in partnership with Bills star lineman Dion Dawkins. They will also re-release their Circle the Wagons mixed pack featuring Pilsner and Buffalo-style IPA. They are also unveiling a one-of-a-kind Bills Throne, which people will be able to take their picture on. There will be a social media contest surrounding the chair, encouraging people to take a picture in it for a chance to win a Bills-themed Basket.