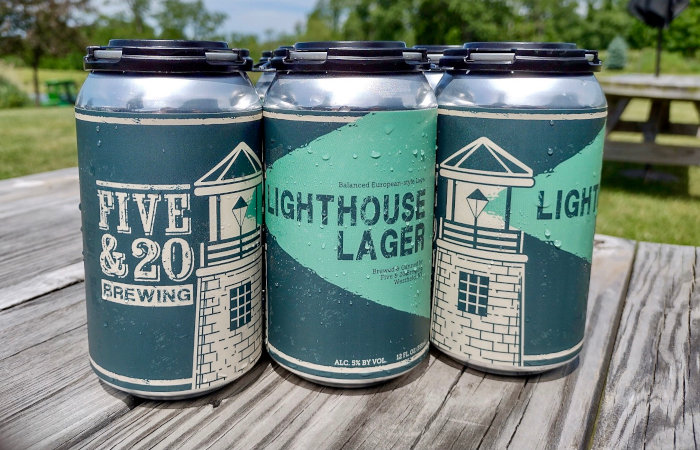 Mystic Hills Brewing has announced plans to tentatively open this fall in a 1,700-square-foot facility at 10959 Allen Road, East Concord, a few miles from Sprague Brook County Park and Kissing Bridge Ski Resort. According to proprietors Reanna Dembitsky and Michael Prusakowski, the taproom space will feature an outside patio area with a fire pit to allow for views of the ski slopes. Mystic Hills also plans to carry hard cider, craft spirits, wine and champagne from other New York makers as well small plates and light fare such as artisan cheeses and popcorn. Their goal is to open by early October.

3. Triple Can Release at Big Ditch for July 4th Weekend

Big Ditch Brewing is making sure no one goes thirsty this holiday weekend with a triple can release on July 1 – Double Dry-Hopped Hayburner IPA, Beer That Tastes Like Beer: Hefeweizen and A Million Balloons. DDH Hayburner, a double dry-hopped version of Hayburner, features citrus, stone fruit, and dank hop flavor and aroma, A Million Balloons is a fruited sour brewed with blueberries and peaches over a base of oats and milk sugar, and Hefeweizen is a German-style wheat beer that features flavors of banana bread, bubblegum and clove.

Wandering Gypsy Brewing and the WNY Brewers Guild are hosting a family-friendly Backyard BBQ & Brew Bash on July 2 (12pm). Visit the Ransomville brewery, hang out, play yard games with some of your favorite brewers, enjoy a cookout and an ice cream sundae bar. The event will also feature a special release of Niagara Session, a collaboration brew with Brickyard Brewing, Prosper Brewing, New York Beer Project and Woodcock Brothers Brewing.

Hamburg Brewing has debuted three new beers in time for the long weekend ahead – Strawberry Kewl Whip, I Hop It and Deep Fried Fun. Deep Fried Fun is a light and crisp cream ale that finishes with a sweetness of fry cakes and fritters, I Hop It is a soft and easy drinking IPA features super citrus aromas of orange, lemon and grapefruit with flaked oats and wheat, and Strawberry Kewl Whip is a sour ale with strawberries and milk sugar that’s soft, sweet and bright. All three beers are on tap at the brewery and available in cans to-go.

“Attention Banditland! Stop by on Thursday, July 7th, for our Pils Release Party! Bandits Head Coach John Tavares will kick off the celebration with a parade, followed by the tapping of the keg at 6pm! This Pilsner style beer is crisp with a fine floral hoppy flavor…and it’s brewed in Haus! Die Haus Band will be on the Main Stage at 6pm! Click Here For Reservations!