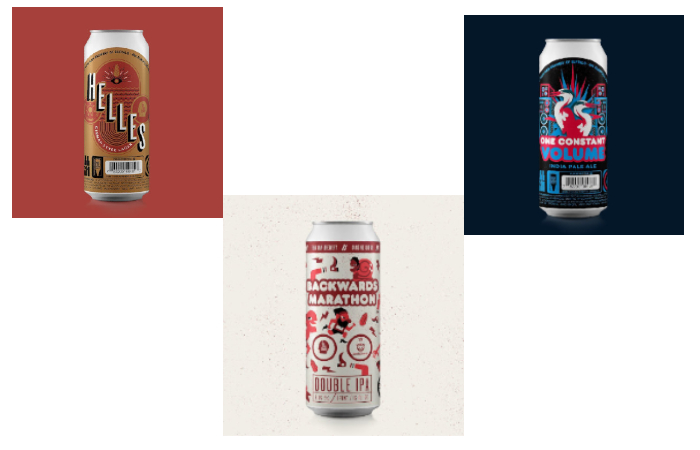 It’s another new week and with it comes three new beers from Thin Man. On March 25, they will release Backwards Marathon DDH Double IPA, a collaboration with Pittsburgh’s Dancing Gnome, Helles Lager and One Constant Volume IPA. Backwards Marathon features flavors of passionfruit, mango, pineapple, tropical fruit and dank blueberry, Helles is easy drinking with herbal and floral notes and light crackery malt and One Constant Volume is a NEIPA with Citra, Cascade and Chinook IPA for notes of tropical fruit and dank pine. All three will be available at all Thin Man taprooms Friday.

Pressure Drop will christen their new space (1672 Elmwood) with the release of On Brew Days, We Wear Pink, a 6% Hazy IPA brewed to support the Pink Boots Society, which assists, inspires, and encourages women and/or non-binary individuals in the fermented beverage industry to advance their careers through education. On Brew Days, We Wear Pink features notes of mango, papaya and tangerine and finishes with undertones of strong berry and pine. Every pint sold is $1 back to the Pink Boots Society. The beer will be released on March 26 (11am).

While they are a few weeks late to their own party, Belt Line Kitchen & Brewery are celebrating their third anniversary on March 26 (12pm). And in order to celebrate, the brewery will have five one-off Belt Line beers on draft, including Cold Loop, a variation of their flagship First Loop NEIPA fermented with lager yeast, Cold Loop with pineapple and mango, Neptune’s Nectar NEIPA with blueberry and tangerine, 111 Straight with grapefruit and Cross Cut Oatmeal Stout with WhistlePig coffee, as well as food specials, including an eggroll flight and merch and gift card giveaways.

In honor of a full decade in the cider business, BlackBird Cider Works are releasing Field Blend, a sweet cider that combines apples, pears and quince. All fruits used in this cider were grown in BlackBird’s Niagara County commercial orchards. “Fruity esters greet the nose while the balanced pear and apple blend with a touch of tart quince elevating the tasting experience,” the brewery says of Field Blend. “Finishes with delightful honey and melon notes.” Field Blend will be available at both BlackBird locations on March 26.

5. Community Beer Works Gearing up for Summer With New Playlist

CBW wants to make sure you have the perfect warmer weather beer in hand as quickly as possible this year with the return of Summer Playlist Wheat Ale on March 25 (3pm), this time in 6-packs of 12oz. cans (available on draft as well). Summer Playlist is American-style wheat beer brewed with orange peel and then lightly dry-hopped with Pacifica hops for a rounded, bright orange aroma. Check out CBW’s summer 2022 playlist by scanning the QR code on the can. Pre-order now at communitybeerworks.com.

Southern Tier Brewing is welcoming back Thick Mint Imperial Stout, this time on nitro. This 10% imperial milk stout is filled with notes of sweet chocolate and refreshing mint. Look for Thick Mint Nitro in 4-pack cans or on draft at all Southern Tier locations.

The brewery has also launched a new rewards program, the Liquid Culture Society. For every $1 spent in a Southern Tier taproom on food, beverages or retail items, you will earn 3 points. Then, at 300 points, you will earn a $5 reward and enjoy perks ranging from free beverages to food items. Once you’re signed up, you will receive 150 points and will be entered to win a grand prize trip to the Victory Brewing Company – Philadelphia taproom (other prizes include beer for a year, $1,000 taproom gift card, Airpods Plus and more). You can sign-up by visit lcsrewards.com, downloading the LCS Rewards app in the Apple or Google Play Store or by visiting a STBC taproom.

Southern Tier is also now delivering their beer and food within a five-mile radius of their taprooms. You can order now here or by downloading the LCS Rewards app.