6 Buffalo Beer Briefs to Know This Week: May 12

Each week we round up the best and biggest Buffalo beer news and events happening in Buffalo and Western New York. Here’s what’s trending:

Steelbound Brewery & Distillery, who currently have locations in Springville and Ellicottville, will soon open a third location in Hamburg, a brewery source has confirmed. While details are scarce, Peg’s Place Restaurant, located on Lake Shore Road in Hamburg, posted a rendering of a new two-story brewery & distillery with a rooftop patio on Facebook. Work to clear a large lot next to Peg’s has been underway for the past few months. There is no word on when they plan to break ground.

2. Community Beer Works is Giving Us the Business With New Variety Pack

CBW is pushing the boundaries of what a Double IPA can be with their new mixed 6-pack, which is available May 14 (3pm, $21.99, plus tax/deposit). The variety pack features Business Professional, a hazy DIPA brewed with London III ale yeast and double dry-hopped with Citra and BRU-1 hops to create a juicy and tropical hop-bomb, Business Casual, a DIPA with Mandarin oranges, brewed with Amarillo and Waimea hops and mandarin orange puree, and Business Formal, a sour DIPA double dry-hopped with Waimea, Amarillo and Mosaic hops. Pre-order now at communitybeerworks.com.

For their May edition of Beer Club, Mr. Goodbar will be joined by Pressure Drop Brewing on May 12 (8pm). Join the livestream on Pressure Drop’s or Goodbar’s Instagram and Facebook as viewers will be led through a curated tasting session. Beer packs are $25 (Aunt Gladys Loganberry Sour, Strummer Belgian Blonde, BuckStar Coffee Cream Porter, Sticky Icky Hazy IPA, Philosophy of Logic Hazy IPA, Cross Faded Hazy DIPA) and you can reserve yours by messaging Mr. Goodbar on social media. Beer pickups are available at Goodbar only.

Big Ditch is turning 6 and they are throwing a party to celebrate. On May 20 (5pm), there are offering free 6th anniversary t-shirts (first 50 attendees), free anniversary cake from The Village Bake Shoppe, gift card raffles, beer slushies and special beers, including Tequila Vision (sour aged in tequila barrels blended with fresh lime juice and sea salt), Threeways IPA (a 12%, 6%, and 4% IPA all made using the exact same ingredients), Anniversary Smoothie-style Sour (brewed with house made banana, strawberry, and marshmallow puree), Saison du Monde (farmhouse ale made with house saison yeast and a blend of wild yeast and bacteria), PBJ Porter Batch #2 and more.

New: Other Half Brewing Beer Garden Opens at Seneca One 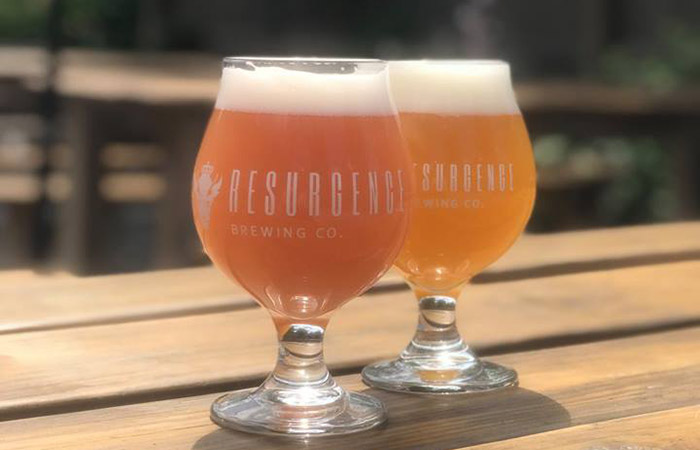 Guide to Great Spots to Enjoy a Summer Patio Beer

Photo courtesy of Steamworks Coffee In case you didn't know, Buffalo and Western New York has plenty of great locally owned coffee shops. In fact, Buffalo Is Officially One Of The Best Cities In America For Coffee Lovers. So we asked you on social media about your... 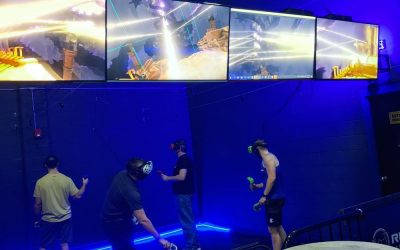 Photo courtesy of Orion's Landing After spawning locations all over the local map, the local gaming company known as Vivid VR has settled into a more permanent outpost in Hamburg, as the new Orion’s Landing arcade. Like many of a certain age, co-owner Ken Milligan...

Best Patios in Buffalo & WNY According to Western New Yorkers

Guide to Great Spots to Enjoy a Summer Patio Beer

16 Places to Get a Lobster Roll This Summer in WNY