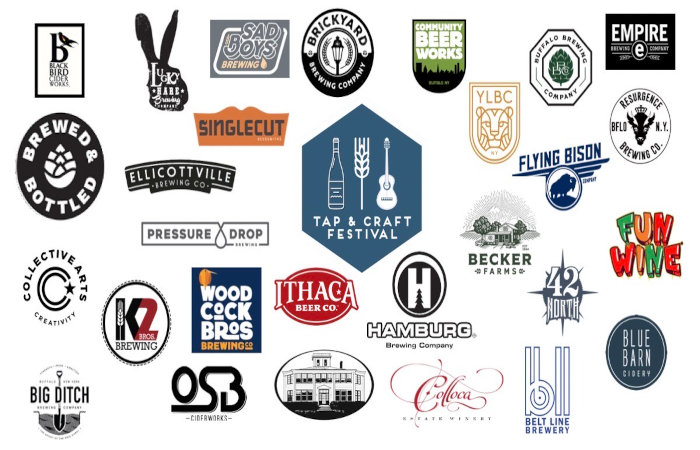 The first ever Tap & Craft Festival, coming to the Niagara Falls Convention Center on October 29, will feature craft brews from more than 30 craft breweries, wineries and cideries from Upstate New York, live music, food and a cornhole tournament. Tickets are $30 presale ($40 day of) and include admission, commemorative tasting glass and unlimited 3-ounce beer samples. Designated Driver tickets are $10. Right now, for a limited time (only 20 available), you can receive 20% off tickets by using the code ‘LEAGUE.’ This code only runs through Oct. 7. Tickets can be purchased on Eventbrite via tapandcraft.com.

Big Ditch Brewing has partnered with the YMCA to release “Turkey Trotter,” the first beer ever brewed to celebrate the Buffalo Turkey Trot. Described as a “perfect finish line beer,” Turkey Trotter is a blonde ale featuring crackery malt flavor and light hoppy fruit flavor. Turkey Trotter is available on draft or to-go in 6-packs of 12oz. cans at Big Ditch and at craft beer retailers and supermarkets throughout Western New York in the coming week. Cans will feature a QR code, which can be scanned to register for the Turkey Trot race.

In addition, Big Ditch will release Slayburner on October 7, their classic Hayburner IPA brewed with blood oranges to enhance the citrus aroma, while adding a touch of tart and sweetness. Slayburner will be available on draft and in 16oz. cans to go.

WIVB Channel 4 has introduced a new Craft Brew Card, which features buy one get one free pints at dozens of breweries, beer bars and bottle shops. For $29, you can get BOGO pints at 12 Gates, 42 North, Big Ditch, Bottle Rocket Beer Reserve, Brickyard Brewery, Fat Bob’s Smokehouse, Hofbrauhaus, Lafayette Brewing, Pearl Street, Resurgence, Riverworks, Sad Boys Brewing, Spotted Octopus, Steelbound and Pressure Drop. Upon ordering your card, it will be shipped and arrive to your address in 5-7 business days. For more information and to order your card, click here.

Resurgence Brewing and former Bills star Eric Wood are teaming up on Eric Wood’s Blonde, which benefits the Evan Wood Fund, which helps chronically ill children and their families at John R. Oishei Children’s Hospital. The beer will be released on October 8 (12pm). Attendees can donate for a chance to win an autographed Eric Wood snow game poster or RBC gift card. Additionally, a $20 donation gets you a 4-pack of Eric Wood’s Blonde & beer koozie, $40 gets you a 4-pack, t-shirt, and koozie and $70 gets you a 4-pack, t-shirt, a signed copy of Eric’s new book ‘Tackle What’s Next,’ and koozie.