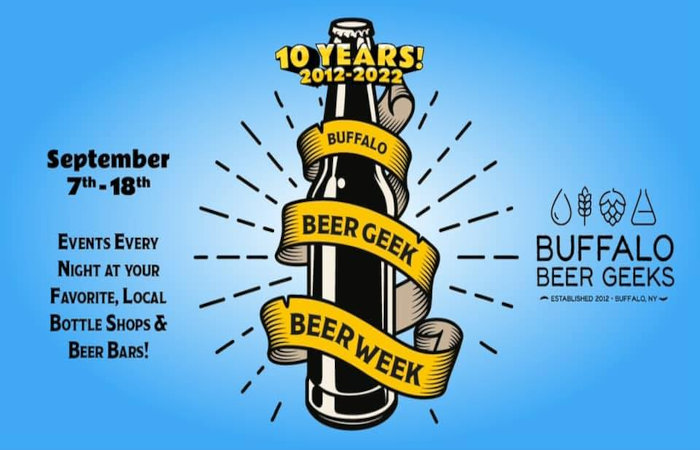 1. Get Ready For The First Ever Buffalo Beer Geek Beer Week

The inaugural Buffalo Beer Geek Beer Week, which runs September 7 through September 18, is upon us. The event, which celebrates the 10th anniversary of the Buffalo Beer Geeks group, will feature events throughout Western New York nightly, including Randall Night at Aurora Brew Works on Sept. 9 (bring in your favorite adjunct and infuse it into any beer), What’s My Hop? at Pizza Plant Transit on Sept. 11 (flights of single hopped beers, contests, prizes and more) and Mini Shelton Fest and BBG 10th Anniversary Party on Sept. 15 at Cole’s. For every event you attend, you’ll receive a raffle ticket for a chance to win a custom BBG light up sign by Buffalo Brew Fab. Visit the groups facebook for more information.

The folks at Big Ditch are doing everything they can to ensure you have enough beer for the Labor Day Weekend with the release of 5 beers. Make We Wanna Stout is back with a tailgate-ready rebrand, as is Cinnamon Apple Amber Ale, and Electropositivity, a collaboration with Syracuse’s Underground Beer Lab, Oktoberfest and Devil’s Chicken DDH IPA will be released September 3. Electropositivity features Nelson Sauvin, Motueka and Strata hops for notes of white grape, honeydew and passion fruit, while Devil’s Chicken is brewed with Galaxy, Cashmere and Mosaic hops for stone fruit and pineapple notes. 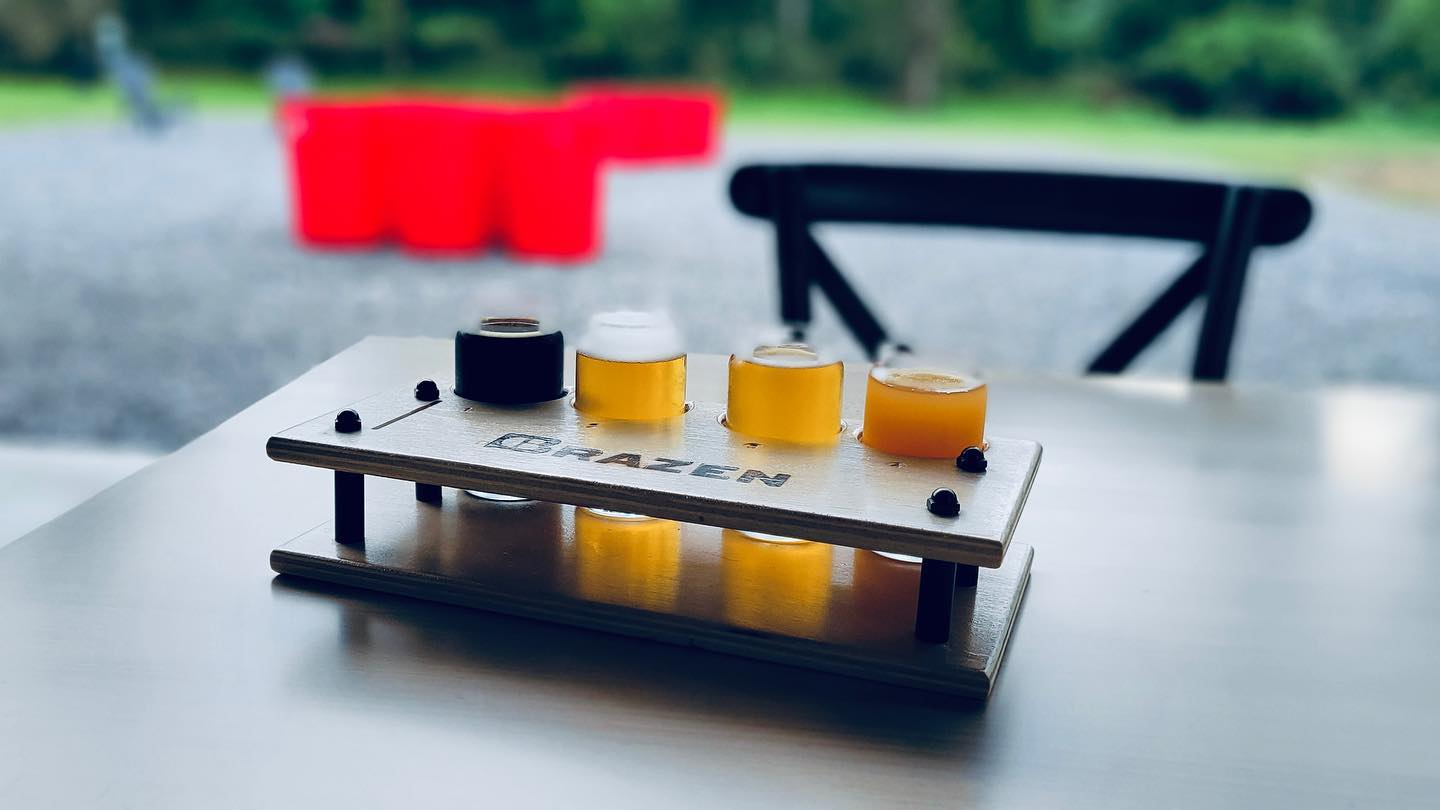 There’s a good chance you’ve seen Brazen Brewing at beer festivals recently, but the wait is finally over as their taproom is now open at 5839 Genesee Street in Lancaster. The brewery will have 20 taps with something for everyone’s taste, food and indoor and outdoor seating. They are currently operating off of a 7bbl brewhouse with room to expand. They describe their taproom as ‘modern farmhouse with a touch of glam.’ During opening week, they will be open Wednesday and Thursday, 4 – 10pm, Friday, 4 – 11p, Saturday, 11am – 11pm and Sunday, 11am – 8pm. Brunch will be served Saturday & Sunday 11am – 2pm. Stay tuned to https://www.facebook.com/BrazenBrewCo for more updates.

Hofbrauhaus will tap their Festbier on September 1 (6pm) with a ceremonial keg tapping parade, led by Die Haus Band at 6pm, and the help of Beth Weber of Bank on Buffalo with donations being accepted for The Crohn’s & Colitis Foundation of America. Guests will receive a complimentary 0.3L of Festbier (Stein Club Members receive a complimentary full 1L). According to Hofbrauhaus, Festbier is reminiscent of a liquid apple dumpling, with notes of caramel and apple blossoms. For reservations, call (716) 939-BEER (2337) or visit hofbrauhausbuffalo.com.

The latest variant of CBW’s The Whale, Pumpkin Spice, is set to be released on September 2. Layered with English malts and a touch of hops to create flavors and aromas of coffee, chocolate, toasted grains, pumpkin pie spice, cinnamon, ginger, allspice and nutmeg, Pumpkin Pie Whale will be available in cans to go and on draft this Friday.

Big Ditch and Pressure Drop are continuing their collaboration series on September 3 with the release of Aqua-Ponics, a 7.5% West Coast with notes of earthy bitterness, orange and grapefruit thanks to the addition of CTZ, Mosaic and Simcoe hops. Aqua-Ponics will be available in cans to go and on draft this Friday at Pressure Drop.

Drink your way through a number of Buffalo’s breweries, but let someone else do the driving thanks to the Buffalo Brew Crawl on September 4. Kicking off at Community Beer Works, the tour features stops at Hofbräuhaus, The Draft Room, Resurgence, Belt Line, and Chandler Street Thin Man Brewery. Bus leaves at noon from CBW and a secondary bus will be located at Draft Room. Each stop will be approximately 30 minutes long. Tickets are $50 and include beer discounts with snacks at CBW and Draft Room.