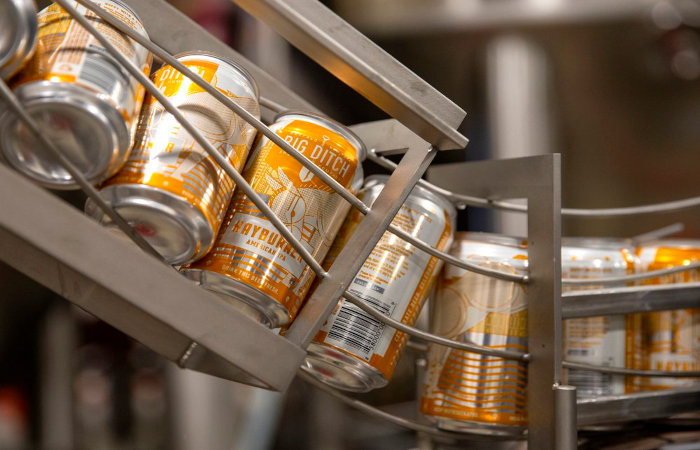 Buffalo’s most beloved beer, Big Ditch Brewing’s Hayburner IPA, is now available in 12oz. can 12-packs, thanks in large part due to the opening of their new production facility. You can find the newly minted 12-packs at the taproom or wherever great beer is sold locally. Big Ditch’s Cannon Call Double New England IPA is also now available 12oz. 6-pack cans. Cannon Call is brewed with Mosaic, Nelson Sauvin, Idaho 7 and Simcoe hops for notes of tropical fruit, white grape and orange zest. Both are also available to ship here.

And while we’re talking about staple Buffalo beers, Thin Man Brewery’s Bills-themed lager, Pills Mafia, is now available in 12oz. can 12-packs at both Thin Man taprooms and wherever great craft beer is sold. Perhaps best known as the beer unofficial Bills Mafia spokesman, Kyle Brandt shouted out on Twitter, Pills Mafia is a clean, crisp, and easy drinking German-style pilsner. Stock up for the upcoming Bills season right now.

Starting at 4pm on August 12, Community Beer Works will be receiving multiple pizza deliveries from Macy’s Place Pizza, which they will then make available to you, for free. Pizza will be available while supplies last. And to properly wash all of that great local pie down, CBW is re-releasing Keep Sailing, Bob, a hoppy pilsner with a bright, hoppy aroma and notes of citrus, spice and wildflower. The beer will be available on draft and in 16oz. 4-pack cans to go. And to cap it all off, there will live music from Bryan Williams from 6-9pm.

First Line Brewing and Black Smoke Bourbon Bar have announced plans to open a second location in the Village of Hamburg. 50 Buffalo Street will be the new dedicated home for Black Smoke, and will feature half a dozen tap lines of First Line beer to start, as well as a huge selection of bourbon, craft spirits and special Black Smoke blends. They also plan to launch a new barrel aging program out of the space, which will feature a courtyard with an outdoor bar, gazebo and fire pits as well. They are eying a December opening.

Bee Spit Meadery, located at 7286 Olean Road in Holland, has opened their doors to the public. The new meadery features 36 taps of their own handcrafted mead, as well as other New York craft beer and ciders, bar and table seating, onsite parking and bottles of mead to go. Their first limited bottle release is Dragon Spit, a mead with dragon fruit, prickly pear, blood orange, chai spice and chili peppers. They will also release Blue Balz, a blueberry and lemon session mead, on tap this week. They are currently open Wednesday and Thursday, 2-8pm, and Friday and Saturday, 2-9pm. For more information, visit their facebook.

While summer is still far from over, 12 Gates Brewing is thinking fall with the release of Das Boot Oktoberfest on August 12 (12pm). This 5.2% ABV German-style marzen features all German ingredients with a touch of American flair; it’s light, nutty and subtly sweet with notes of bready sweet malt and caramel – it smells and tastes like fall. Das Boot will be available on draft and in 6-packs and full cases to-go. For the release on Friday, singer/songwriter Asalone will provide live music at 8pm.