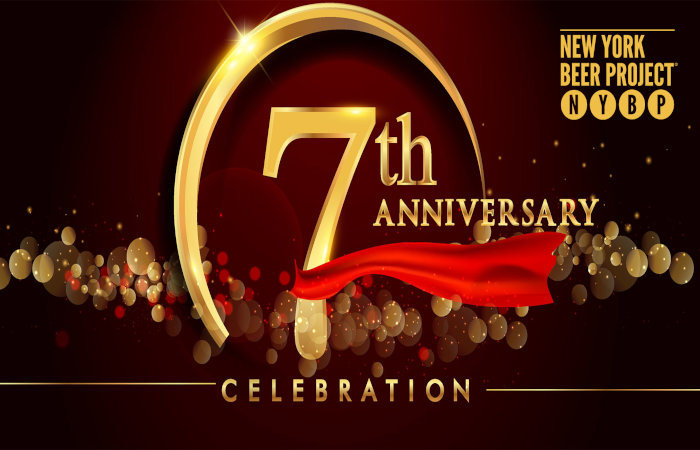 Lewiston’s Brickyard Brewing is in for a busy weekend with three beer releases. On Nov. 18, the brewery will hold a triple can release – Christmas in Munich, a 5.4% traditional German dark lager brewed with cinnamon, nutmeg, Allspice and vanilla, Lewiston Lager, an easy drinking 4.6% lager with Pilsner malt and citrus forward hops that drinks as easy as the Niagara flows and Erie Amber, brewed with British malts and whole leaf Erie hops sprung from the tracks of the old Erie Railroad in Forestville. Cans and draft will be available at 4pm at the brewery this Friday.

Larkin’s Magic Bear Beer Cellar has teamed up with neighbors BriarBrothers Brewing on Yeah That’s…M.A.G.I.C. New England IPA, a new small batch collaborative brew that can only be found at the BriarBrothers Brewing taproom currently and Magic Bear Beer Cellar on Nov. 18 (6pm). Yeah That’s…M.A.G.I.C. is brewed with a special blend of Mosaic, Amarillo, Galaxy, Idaho 7 and Citra hops to create aromas of stone fruit, followed by notes of guava and mandarin oranges.

Ultimate Answer DIPA, the fourth creation from 42 North Brewing’s “Brewery at the End of the Universe” series, will be released Nov. 19. This Double IPA features Cashmere, Strata and Triumph hops that delivers sweet berry and tropical melon notes. This series, which also includes Definitely Panic, Finite Probability and, most recently, Unparalleled Universe, pushes the boundaries of recipe development and ingredients. After it is released at the taproom, it will be available wherever great craft beer is sold.

Additionally, the third annual Barrel Jam Barrel-Aged Beer Festival will return to 42 North on February 4. The event celebrates the art of barrel-aging beers with live music and winter sports around the brewery “campus” at 42 North. Featured breweries will each pour their barrel-crafted offerings for festival goers to taste. There will also be a Rail Jam ski/snowboard competition with a ramp and rail and live music from Functional Flow (8-11 pm). Tickets include a complimentary tasting glass and a food voucher for Fat Bob’s BBQ. VIP and pre-sale general admission tickets are now on sale here.