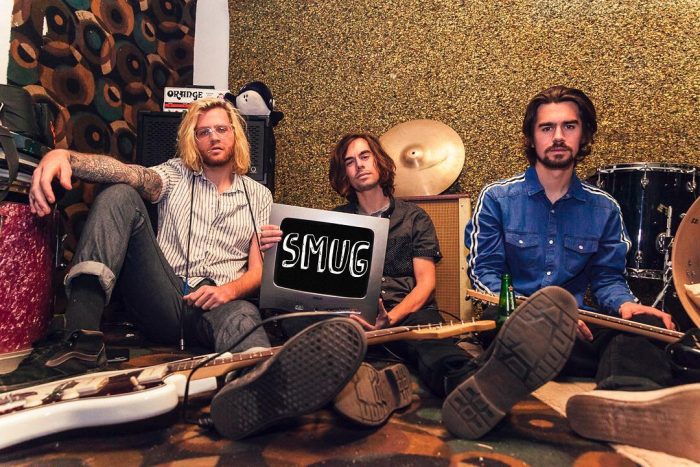 Almost anyone living in Buffalo will probably agree that one of the best things about living in our little corner of the country is how much our community loves to support local. It’s no secret: Buffalo people are proud of Buffalo people, and they’re proud of the dope things they’re doing.

Our local music scene is no different. There’s an influx of super talented musicians living and creating in our city, and chances are, some of them are probably playing music at one of your favorite local venues this very weekend. While it’s probably next to impossible to pin every single one of them down, we’ve rounded up a handful of awesome Buffalo-based bands that should definitely be on your radar.

SURF WAS MOST CERTAINLY UP YESTERDAY, HAD A BLAST AT SAVOY/ THANKS FOR ALL THE DRINKS AND ALL THE FRIENDS! . I never got that burrito I was eyeing up and as Weird Al says “My only addiction has to do with a flour tortilla” BUT THATS OK, WE’RE OK 👍 THANK YOU @savoyonlark FOR THE HOSPITALITY

Originally from Grand Island, the Smug trio has taken the stage at popular local venues like Mister Goodbar, Nietzche’s and Mohawk Place, to name a few. A mix between pop punk and indie rock, Smug has been “proudly blowing out America’s eardrums” (their words, not ours!) for the past few years now, but even if you’re not local to Buffalo, you can probably catch them tearing up the East Coast on tour.

Give their album “Gorgeous” a listen on Bandcamp, and find dates for Smug’s upcoming shows on their Facebook, or Instagram.

Hey Buffalo, we’re putting our run with @worse_things to bed with a STACKED lineup at @mohawk_place. Gonna be playing some new songs. Shower us with hugs and them good vibes. —————— Doors at 6. Music at 7. Come thru! 🖤 —————— ⚡️ our own talented boy @aaronpgordon with the flier ⚡️

What began as just a few dudes writing songs in a garage is now Ghostpool, a passionate Buffalo pop punk band (with a killer Instagram game). Somewhere in the mix of releasing their first EP, “There Is a Hole at the Center of Everything,” back in 2018 and a split record, NYLA, with the New Orleans band Hands Out this past February, Ghostpool has played countless shows both local and on the road, and continue to do so as they write new music this year.

Halo Nellie’s front(wo)man Ange brings a healthy dose of girl power to the scene, and we’re totally here for it. Supported by bandmates Kam and David, the indie rock trio has been pretty busy with their first tour this past summer, hitting cities like Fredonia, Pittsburgh, and Toronto along the way.

To catch them at a Buffalo show, you can follow along on Instagram and Facebook. Give their track “Sick on the Floor” a listen on Bandcamp.

For those that dig a heavier tone, Nine Layers Deep is the Buffalo-based metal powerhouse for you. Their recently released album, “Sludge Life,” is a parody of Tupac’s “Thug Life,” serving up thoughtful lyrics, low tones, and overarching themes that will resonate with anyone that’s struggled through depression.

Find the Nine Layers Deep trio on Instagram & Facebook, and give “Sludge Life” a listen on Bandcamp.

On the complete opposite end of the spectrum is Xoxo pop band- but don’t expect any originals here, because they’re all covers, all the time. Rock out to your favorite pop songs by Sara Bareilles, Bruno Mars, Britney Spears, and more at their next show, or book them for your next private event (@ everyone planning a wedding next year).

Having just opened for Dashboard Confessional at the Alt Buffalo Birthday Show, it’s safe to say that Marquee Grand is quickly becoming a Buffalo favorite (as if they weren’t already). Check out the alternative rock four-piece at one of their next shows, we promise you won’t be sorry. Unless of course, you don’t like alternative rock, catchy tunes and all around good times.

Reggie Childs is the band that every Vans-wearing, head-banging ska music fan in Buffalo needs to know about right now. Plus, they’re releasing a new EP on November 1st, so it’s basically the perfect time to join the fun. You can see this ska-punk four-piece, trumpet and all, at local venues like Buffalo Iron Works, DBGB’s, and plenty more.