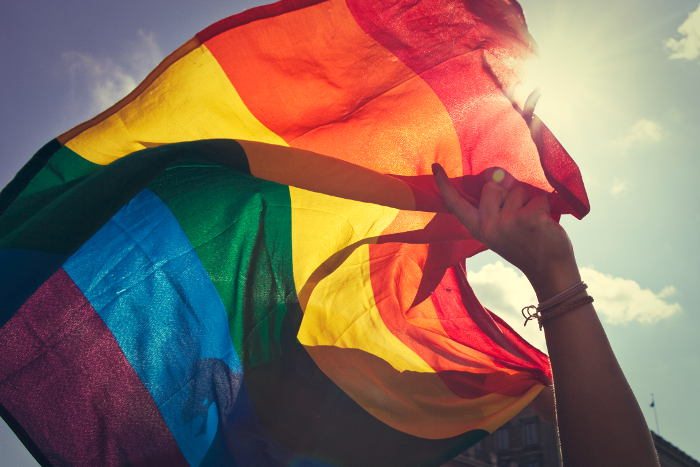 While festivals in Western New York are always a good time, it seems like Pride Weekend activities always have a bit more of an edge to them.
Maybe it’s because they raise awareness of important social causes, but let’s be real Pride events usually have dancing that’s a bit livelier, cheering that’s a bit stronger, laughing that’s a bit louder, and drinking that’s a bit harder.
From drag shows to concerts, Pride Weekend events are open to everybody, no matter your orientation, and while we here at Step Out Buffalo tend to focus on the social side of things, there are a number of more serious and important cause-focused events to attend. Simply head over to the Pride Center of Western New York for a full rundown of official events. Here’s what we’re into this Pride Week:

Where: Soho Burger Bar
Time: Day-of registration from 4:30 p.m./ race at 6:30 p.m.
Cost: $22 in advance; $25 late registration; $25 day-of registration
Dubbed “the most fabulous race in Buffalo,” the Gay 5K is as much about the fashion as it is your race time (okay for us it’s more about the fashion, but you do you). When you’re done racing hard, play hard at the official post party hosted by Soho.
More Info

The Stripteasers Present: Pride or Die

Where: Nietzsche’s
Time: 9:30 p.m.
Cost: $5
It’s a presidential election year in case you haven’t noticed and local burlesque troupe the Stripteasers are putting on a political-themed twist on their show for this year’s Pride festivities. In addition to the burlesque show there will be musical performances by Joe Donohue, Carina & the Six String Preacher, and the Fresh Water Four.
More Info

Where: Elmwood Avenue from Forest Avenue to Allen Street
Time: Noon
Cost: Free!
The crown jewel of Pride Weekend, the annual Pride Parade includes more than 100 organizations and is sponsored by major corporations like M&T Bank and MetLife. If you’re planning on catching the parade in Allentown, get there early or risk not having a good view of the floats.
More Info

Where: Canalside
Time: 1 p.m.
Cost: $5
Pride Weekend ends with a massive party down at Canalside, with about 15,000 people typically attending. DJs and musical performers will be entertaining the crowd throughout the afternoon, and this year’s event is headlined by Canadian R&B singer Deborah Cox.
More Info