The Best Live Shows to See This Week 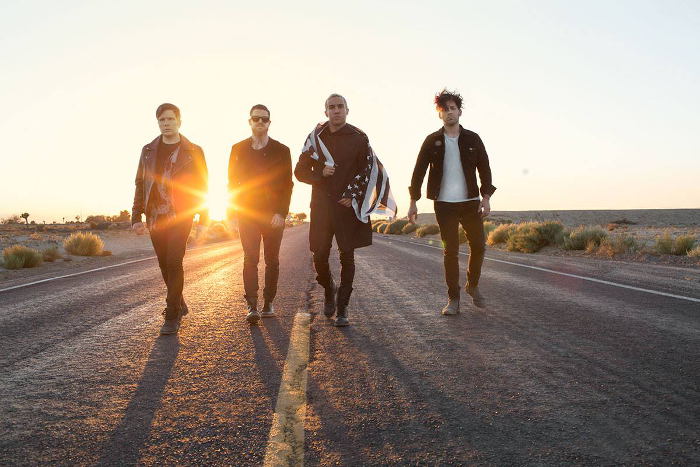 This week brings two fairly large acts to the Buffalo area, and one strong up-and-comer! Let’s take a look at the concerts we think are worth seeing in the Buffalo area!

The Smashing Pumpkins at Riviera Theater

This week’s first major concert features one of the most famous grunge bands of the 1990s, The Smashing Pumpkins! Tracks like “1979,” “Tonight, Tonight,” and “Bullet With Butterfly Wings” firmly cemented the band as one of the biggest to emerge from that decade of music. Since then, however, the band has had a tumultuous history together. Over the years, lead singer and frontman Billy Corgan kicked out every founding member of the band with the on-again, off-again exception of drummer Jimmy Chamberlain. Fans sarcastically began referring to the band as “Smashing Pumpkins in Name Only,” but in 2007, Corgan and Chamberlain released the excellent album “Zeitgeist,” quieting those detractors. Tracks like “That’s the Way My Love Is” and “Doomsday Clock” showed the same level of skill as previous Pumpkins classics, earning their place amongst the band’s best music. Unfortunately, Chamberlain would end up leaving the band shortly thereafter. Now the Pumpkins consist solely of Corgan, guitar player Jeff Schroeder and a rotating group of back-up performers. Fans expecting to see the classic Pumpkins’ lineup should know this going into Monday’s show. Those expecting to see Chamberlain’s excellent drumming might be a little disappointed.

While it’s easy to judge Corgan’s legendary hubris, it would also be unfair to not give credit where it’s due. His level of talent is still undeniable and his vocals and guitar playing are still worth seeing live. Corgan’s willingness to continue experimenting musically at this stage in his career is also nothing short of admirable. While many musicians struggled to enter the digital era, Corgan jumped in head first with a trio of free digital albums, released track-by-track. Corgan has theorized that the industry’s need for full albums is in the past, as most listeners only pay attention to a handful of songs in the iPod era. Full-length albums aren’t quite dead just yet, but Corgan did find a smart way to get fans to give new releases a chance, and it’s that kind of forward thinking that has kept the Smashing Pumpkins alive after all these years.

The Smashing Pumpkins will perform at Riviera Theater Monday June 15.

The Oxford-hailing alternative rock group Glass Animals might be a newer band, but they’ve already started to make a strong impression on audiences with their unique sound. Lead singer Dave Bayley’s silky smooth voice gives the band a very distinctive style. Each track on the band’s 2014 debut “Zaba” is filled with mood and atmosphere, whether it’s the sensual “Gooey” or the African drums on “Pools.” The album’s slower tempo feels reminiscent of Maroon 5’s debut album “Songs About Jane.” Tracks like “Gooey” and “Black Mambo” have found radio play on indie and alternative rock stations, but the album’s laidback sound seems like it will appeal more to those looking to listen to something more mellow and personal.

Glass Animals will perform at Asbury Hall on Tuesday June 16.

Fall Out Boy at Darien Lake

After the early 2000’s produced a glut of bands in the pop punk genre, several of the smaller and less talented groups disappeared over time. None of those groups could find the same level of success and durability of Fall Out Boy. It’s only appropriate considering they really are one of the best groups to come out of that era, live or recorded. While groups like Hawthorne Heights enjoyed success within the pop punk niche, Fall Out Boy crossed heavy into the mainstream with insanely catchy songs like “Dance, Dance” and “Sugar We’re Goin’ Down” getting serious airplay. Lead singer Patrick Stump and bass player Pete Wentz helped lead the band to a Grammy nomination and multiple double platinum singles.

As the pop punk genre hit a bit of a lull, Fall Out Boy took a short break from recording music, attempting to branch out into solo endeavors. Stump’s solo career left him depressed as album sales slumped and solo concerts left him antagonized by some of the band’s former fans. When Fall Out Boy returned in 2013, those hard feelings gave Stump and the rest of the band a newfound motivation. New songs like “The Phoenix” came across more fired up as they proclaimed a desire to retake over the world, while guest star Elton John assured the band “you are what you love, not who loves you,” on the track “Save Rock and Roll.” The latter is an important lesson for any creative person, but for Stump it seems personal. With the hard feelings of those who antagonized Stump left in the past, Fall Out Boy’s future looks bright.

Fall Out Boy will perform Thursday June 18 at Darien Lake.

That’s it for this week’s musical selections! Now that summer is here, there are more and more strong concert opportunities for music fans. This week, the Canalside features a trio of bands that should appeal to ’90s music lovers on Thursday with Fuel, American Hi-Fi and Everclear performing. Indie fans might also be interested in seeing Blonde Redhead at the Waiting Room and those are just a few of the other notable acts this week! Be sure to keep an eye out on who else will be in the Buffalo area!