8 Beer Events to Get You Through the Winter 2015 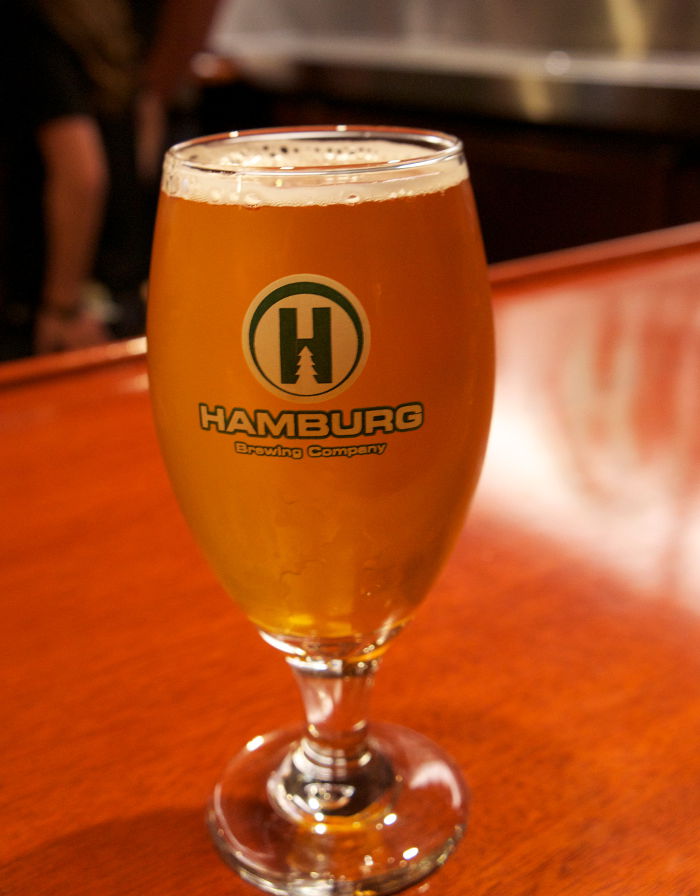 It may seem counter intuitive, but we all know a cold craft beer is exactly what you need to get through (and we mean all the way through) a bitter Buffalo winter. And when we say “a” craft beer, we mean several. Sure, there are plenty of new bars perfect for meeting up with friends, but sometimes it’s nice to be part of a bigger (drinking) community. For those occasions, we made this list. If anything can keep spirits high through dim winter months, it’s crowds of beer-loving Buffalonians in beautiful, old buildings. And drinking. Lot’s of drinking.

The mother of all beer events on this list. If you’re looking for the chance to taste a ton of craft brews, this event should be at the top of your list. For $35 ($45 at the door), you’ll get four hours of sampling over 150 beers from more than 75 craft breweries from across the country, access to “rare beers” and a sampling glass to take home.

RELATED: What to Taste at Buffalo On Tap

Where: Starts at the Roycroft Inn

If you live in the South Towns and have been dying to see the new Flying Bison Brewery in the Larkin District, this bus tour is the perfect chance – because what else could you possibly be doing on a wintery Thursday in WNY? Meet in the Craftsman Lounge at The Roycroft for beer and apps before heading out to Flying Bison in a limo bus (beer involved). Upon your arrival, you’ll be greeted with light fare, two pints or flights of FB beer and a tour of their new digs before returning to the Inn for a nightcap. Tickets are $40 and can be purchased at The Roycroft or by phone at (716) 652-5552.

Ahhh day drinking. We always knew it didn’t have to be a warm-weather only affair. Thankfully, Resurgence is stepping up to the plate to make sure we all have a warm place to get day-smashed this winter – breakfast included. Look forward to limited experimental beers, beer-mosas, traditional mimosas and an exclusive breakfast burrito from the Buffalo Burrito Company along with the usual giant Jenga and table top trivia. Zero admission I might add.

This winter craft beer festival takes place on Buffalo’s West Side at the Connecticut Street Armory, a gorgeous castle-like building with towers, stone and an old Irish pub feel. The event will host breweries like St. Lawrence Brewing, Binghamton Brewing, Upstate Brewing and plenty of others you’ve never heard of as well as several local breweries. This one includes food in the admission price, live music, vendors, and a complimentary glass to collect unlimited beer samples for three hours straight. General admission tickets are $35 ($45 at the door) and VIP tickets are $55.

Bonus: There’s a wine festival going on at the same place and time, one floor up for the black sheep of the group.

At Caz Tapped you’ll find yourself experiencing one of Buffalo’s newest concert venues, born from a repurposed church in South Buffalo, fittingly called “The Church”. Expect Hamburg Brewing Co., and Ellicottville Brewing Co. on tap along with other craft beers, wine from Ten Thousand Vines, music by Theresa Quinn Quartet, Half a Heard and Sugar Spoon and food available from Amy’s Truck and House of Munch. Admission to this one is a whopping $5 (corrected from $10), plus you have access to a shuttle coming from Buffalo Street Grill in the Village of Hamburg for $15 roundtrip.

RELATED: All Food and Drink Events

The Art of Beer

Where: The Niagara Arts and Cultural Center

The Art of Beer offers a unique take on the beer experience. In addition to the usual beer and food samples, souvenir tasting glass and live music, you’ll find a wide array of brewery art and breweriana, or any article containing a brewery name or brand. (Source: Wikipedia – I had to look it up.) The event functions as a fundraiser for NACC’s multi-arts center which houses 70 artists’ studios, dance and music schools, theaters and recording studios.

Where: Buffalo Museum of Science

Okay, this one’s not exactly in the winter. But in Buffalo, it’s absolutely possible there will be snow on the ground in mid April so I’m not all that concerned about it. It would simply be a shame for you to miss the opportunity to buy tickets to learn about the science of beer. Expect three hours of sampling beers from top micro breweries in the area, homebrewing presentations, beer-related lectures and beer-friendly snacks,