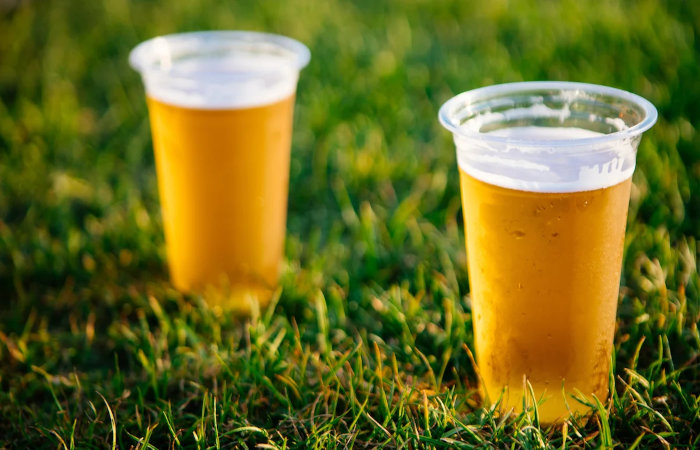 The first ever WNY Brewers Guild Charity Golf Tournament, set to take place August 29 at Chestnut Hill Country Club, will offer golfers and beer enthusiasts an opportunity to play a round with local brewers while enjoying local food and beverages, beer sampling, hole challenges and raffles. You’ll get a chance to meet brewers, sample their beers and raise money for local charities such as Habitat for Humanity, ASPCA and Feedmore WNY. The cost to participate is $120 per person and includes golf, breakfast, lunch, steak dinner and food and drinks on the course. The 4-person scramble tournament will start at 10 a.m. with a shotgun start. Register at WNYBrewersGuild.com.

Zwanze Day, Brasserie Cantillon’s annual event in which they brew a small batch of an experimental beer and offer it in a select group of pubs around the world, is coming to Moor Room on September 24. This year’s Zwanze beer is a two-year-old Lambic blend with black pepper, a Congolese pepper called poivre de Gorilles. This year, a portion of beer sales will be donated to Gorilla (gorilla.fr), an organization working to protect Great Apes. This will be a ticketed event. Stay tuned for more details.

Windy Brew’s annual celebration of all things hops, their 5th annual Hop Fest, returns on August 28 (1pm) at the brewery. Your $30 ticket includes admission, two drink tickets, a special souvenir cup, food and live music by American Ride Maine duo. The brewery is also planning to have some special beer releases on tap for the event as well. Tickets are available at the brewery. The event will also feature a corn hole tournament with prizes to the first place team (sign up available upon arrival).

While it’s not technically fall yet, Southern Tier Brewing is reuniting the Pumking Family for their annual celebration on August 27 (11am) at The Empty Pint in Lakewood. In addition to the classic Pumking, the event will feature Warlock, Cold Press Pumking, Pumking Whiskey and more. The free event will also feature special Pumking flights and samplings, live music, deals on packaged product, and more.

Thin Man is holding another dual can release this weekend, with the returning End Times Fun Imperial IPA and the debut of Trippel Jinx!, a Belgian Tripel brewed with Niagara County honey in collaboration with Superstition Meadery. Trippel Jinx! features notes of warming alcohol with notes of peach and pear, delicate malt and light honey in the semi-dry finish, while End Times Fun smells like mango, grapefruit, orange hard candy, and wildflower honey with a light sweetness. Look for both beers at both Thin Man locations August 26.

Resurgence Brewing and The Buffalo News continue to tell the stories of Buffalo through beer, the latest being their Two Stories Amber Lager, crafted to celebrate Frank Lloyd Wright’s Martin House. This amber lager carries a hint of toasted malt profile that includes biscuit, caramel and toffee notes. The can features a QR code that links to a promo code for $5 off any public tour at the Martin House, plus more information about Frank Lloyd Wright. Two Stories Amber is now available at Resurgence and anywhere great craft beer is sold.

7. The Dog Days of Summer at Steel Leaf Brewing

Steel Leaf Brewing is celebrating The Dog Days of Summer this weekend, August 27-28, a special event featuring vendors, pools, activities for the entire family and raffles, all for a good cause. Steel Leaf is transforming their parking lot into a total play park for you and your pet, complete with a giant 3ft. pool, boozy popsicle stand, beer tent, food, games and fun. The weekend-long event kicks off Saturday at 11am.

If you’re more of a cat person, One-Eyed Cat Brewing is celebrating the Cat Days of Summer alongside Pork Bellies BBQ and Ten Lives Club on August 28 (2pm). One-Eyed Cat will be donating 100% of the proceeds from every ‘Lil Stompies IPA, a NEIPA with fruit aromas and pillowy mouthfeel, sold to Ten Lives Club. Pork Bellies BBQ will also be donating 10% of their food sales that day. In addition to craft beer and BBQ, there will be adoptable cats, a 50/50 raffle, basket raffles, and games. Pine Deer Project will hit the stage at 2pm.