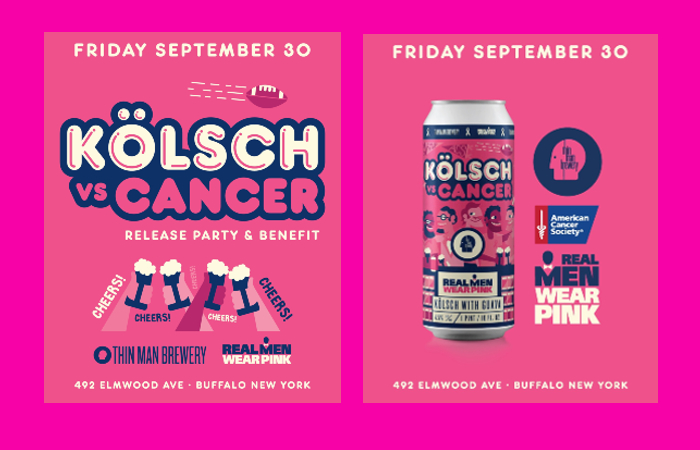 On September 30, Thin Man Elmwood will host a fundraiser and raffle in collaboration with WGR 550 personality and Buffalo Bills pregame host, Nate Geary. All proceeds from the raffle will support the American Cancer Society. This event will feature a special beer release in collaboration with Geary, “Kolsch vs. Cancer,” brewed to support the efforts of Real Men Wear Pink in their fight against breast cancer. Attendees will be able to meet media personalities from WGR 550, The Athletic, WIVB, Associated Press and more. The event will be open to the public.

Dank Sinatra Hazy IPA is making its return to Pressure Drop on October 1 (11am). Rich with oats and English yeast to create a classic flavor, Dank Sinatra features Mosaic, Simcoe, Citra and Azacca hops for the perfect West Coast dank. It’s a super fresh and smooth hazy IPA with a hint of bitterness. It will be available on draft and in 16oz. 4-packs to-go this weekend and wherever great craft beer is sold after that.

After dropping their This Is Our House Lager, 12 Gates are throwing their hat back into the Bills-themed beer ring with Tailgate Daze IPA, the latest in their hazy IPA ‘Daze’ series. This 6% hazy IPA is brewed with Cashmere, Mosaic, Idaho Gem and Southern Passion hops and features red, white and blue, game day ready can art. Tailgate Daze is available right now on draft and in 4-pack 16oz. cans to-go. Look for it on store shelves and taplists at your favorite establishments soon.

The folks at Brazen said they have heard all the calls for ‘regular beer’ and have responded with the release of Pocket Post Pilsner and No Monster Blood Orange Wheat, a traditional wheat ale conditioned on blood orange and grapefruit puree. The beer is brewed with large amounts of wheat to help balance a bready backbone and blood orange and grapefruit zest sweetness. Pocket Post is brewed with European pilsner malt and is lightly hopped with traditional Saaz hops. This 5.6% pilsner is earthy, herbal, spicy, and crisp with a smooth mouthfeel. You can find both of these brews on draft right now at Brazen Brewing.

42 North is hosting the first annual Bocktoberfest on October 1 to celebrate the fall season and introduce its newest beer, Fallbock, a malty and traditional German-style dark lager that features Munich, Vienna, and Pilsen malts. Bocktoberfest will also play host to German-inspired fare from Fat Bob’s BBQ and live music from Captain Tom and the Hooligans. Doors open at noon with music starting at 4pm. The event is free to the public. 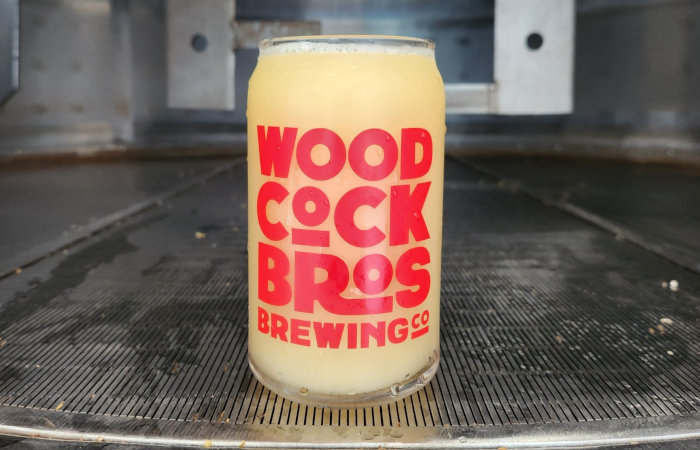 First Line Brewing and Windy Brew have teamed up to present Monster Mash, a 7.1% pumpkin spice amber ale, which can be found on tap now at both locations. There is also a limited amount of cans available. Monster Mash is brewed with real pumpkin purée and fall spice, and the breweries explain they named the beer Monster Mash “because it was the most insane brew day of our lives…the mash was nothing short of a monster.”