9 Food Traditions That Make Us Proud to Be From Buffalo

Here at StepOutBuffalo.com we’re so proud to be Buffalonian we’ve got Buffalo in our name.  So, when I got to thinking about Buffalo’s nickname, “The Queen City” I decided that it’s about time Buffalo get an upgrade.  But how?  How can we prove our pure, unadulterated perfection?  What sets us apart from other cities in New York?  Is it our giving and caring citizens?  Our beautiful Canalside views?  Our local heritage festivals?  Spot Coffee? Shakespeare in Delaware Park?  Elmwood Avenue?  Then, all at once the answer came to me like a lightning strike- THE. FOOD.  So here they are Buffalo.  Nine food traditions that together, could (and has) move Buffalo up to “King City.” 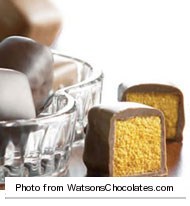 A favorite for every chocolate giving holiday since 1946, Watson’s sells a variety of small batch made confections including dark, white, milk and orange chocolate.  But, none are more delicious than the infamous chocolate-dipped sponge.  Marketed as “famous round’ the world,” Watson’s Sponge is crispy and fresh.  Each batch is kept small to protect freshness and quality control- something that separates Watson’s from every other Chocolatier out there.  On any trip to visit family out of town, I always bring along Watson’s Milk Chocolate Sponge because nothing is better, than the original.

Wings at The Anchor Bar 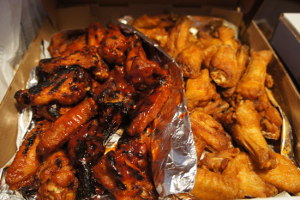 The story is one I remember being told to me as a child by my Nana, like something out of a fairytale book.  A mother, in desperation for a new dish to feed her son’s hungry guests tossed together all that she had: chicken wing parts, spices and sauces to create a dish that Buffalo has now become famous for.  This woman’s name was Teressa Bellissimo which in Italian translates to “beautiful very much”- and oh, what a beautiful thing these gigantic wings are.  While some Buffalonians would argue that others do it better, I maintain that you haven’t had wings until you’ve had this Anchor Bar original.

It’s tagline could not be more accurate- Franks, “I put that on everything.”  It’s good on wings, in dip, in salad dressing and sauces; and with all the newest flavors available, Franks Hot Sauce has been expanded to suit a variety of new tastes and recipes. A mild, tangy sauce made of cayenne peppers, Franks comes in Original, Hot, Xtra Hot, Chili-Lime, Sweet Chili, Kickin’ BBQ and NEW Bollywood and Slammin’ Sirracha.  Available across Buffalo and across the country, I can find no reason to not pick up a bottle today! 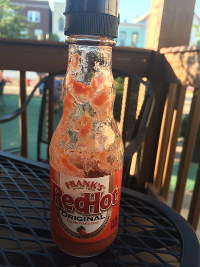 Beef on Weck at Charlie the Butcher

Founded by Charles E. Roesch and run today by Charles III, Charlie the Butcher is the BEST place in Buffalo to try the infamous Beef on Weck.  After 120 years of butchering, no one does a soft Kaiser roll with rye and salt, piled high with Grade-A beef better than Charlie.  Anyway you slice it, this local small-town business (which grew in size after feeding Washington Market, Broadway Market and today at multiple “Express” locations across town) is a healthy and heritage filled alternative to the typical “faster food” at any old Buffalo corner.  Stop in today for their daily special and sample prime rib, fresh roasted turkey breast, a Friday fish sandwich or the tried and true, “Weck.”

Chiavetta’s chicken BBQ has been famous around Buffalo for over 50 years.  There is rarely an event that I attend without the delicious scent and flavor of Chiavetta’s Chicken far away.  They cater weddings, school functions, and picnics.  Chiavetta’s is also special as they offer a fundraising set-up to help support their local business and raise money for a cause you find important simultaneously.  Recently, I’ve also noticed their own line of sauces and dressings creeping into all the local supermarkets.  If you’re not from Buffalo, it’s a guaranteed winner right off the plane.  If you’re from Buffalo and haven’t tried it yet, what have you been waiting for?

We live in a ketchup region.  But, after traveling across the country and through Europe, it’s clear that mustard is the true world champion.  It’s used in Canada, through Germany, and across the USA and here in Buffalo, if you’re using Mustard- you’d better be using Weber’s!  Since 1922, the foundation of the Weber Company has been its Horseradish Mustard.  Weber’s also sells over 80 varieties of pickles, onions, relish, and a number of other condiments.  Now spread throughout the USA, Weber’s Mustard continues to be a locally owned and operated family business that promises, “everything’s better with Weber’s.” 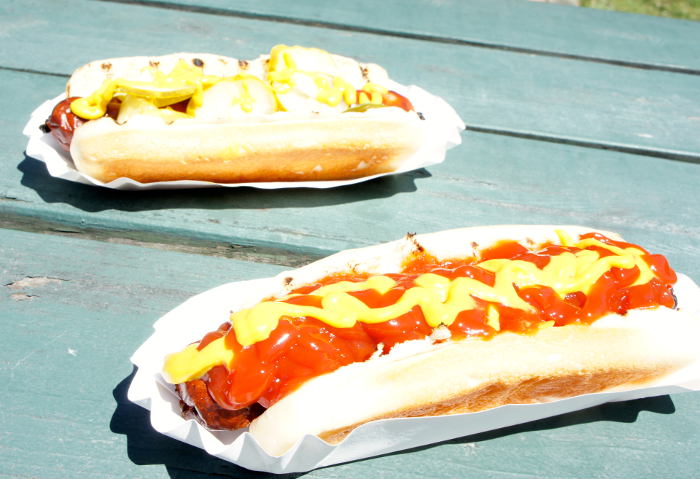 Sahlen’s mantra, “More than hotdogs, sausages and deli-meat” could not be truer.  Sahlen’s is THE hotdog of Buffalo and to date, the tastiest that I’ve tried.  Clearly I’m not alone as Sahlen’s is the official hotdog of local sports teams, the Buffalo Sabres, Buffalo Bills, and Buffalo Bisons.  Also available at the local store for the home chef or BBQ Queen or King, Sahlen’s can be found at every local hotdog sale in Buffalo.  There’s nothing quite like a sweet Sahlen’s frank topped off with delicious condiments and paired with a nice cool drink on a (hopefully) hot Buffalo day.

Anytime a non-Buffalonian visits, I always talk them into trying a cool glass of loganberry.  A strange mix of sweet blackberry and raspberry flavors, this caffeine free, non-carbonated “soda” is mixed into everything in Buffalo.  I’ve had Loganberry syrups, shakes, malts, and gravies and loved every minute of it.  I even make a mean Duck l’Loganberry (and no, I’m not kidding).  While actually developed in Southern Ontario at Crystal Beach, Loganberry has been adopted and accepted by Buffalo for years. It will continue to be enjoyed for generations to come. 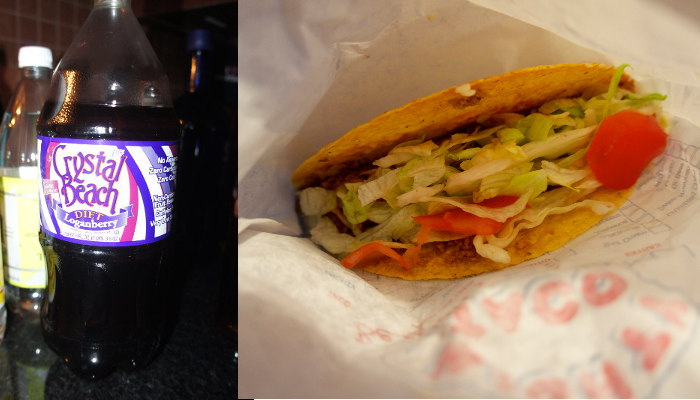 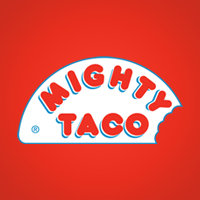 Locally owned and operated, Mighty Taco is a delicacy enjoyed by the majority of folks who call Buffalo home.  Around since the early seventies, Mighty Taco sells a variety of Mexican creations including its star, “Mighty Taco” filled with meat, cheese, lettuce, tomato and special sauce.  “Mighty” as it’s affectionately known, is also famous for its more creative menu options including its “Buffito” (a Buffalo Chicken filled burrito with bleu cheese dressing) and its more recent addition, the “Carne-alotta” (a burrito stuffed with five kinds of meat and hopefully an included artery de-clogging device).  While in the area, keep special watch for Mighty Taco’s hand designed tray-liners which feature local Buffalo attractions and a series of Mighty radio spots, which sometimes comically masquerade as other commercials.