A Beginner’s Guide to Surviving & Thriving This Buffalo Bills Season

It’s a common Sunday scene in any Buffalo living room: friends and family are gathered in their Zubaz and other Bills garb, chicken wing dip is warming in the crockpot, someone’s scrolling through their fantasy lineup for what feels like the millionth time that hour, and expletives are most likely being shouted at the TV. If one thing’s for certain about Buffalonians, it’s the fact that saying we love football season would be an understatement.

Whether it be from the comfort of your couch or at your favorite sports bar, watching football in Buffalo is all about community – but if listening to sportscasters narrating the game feels more like a foreign language to you, it’s easy to feel like you’re on the outside looking in. Luckily, we’re here to help.

Get ready to impress your friends and family during the next Bills game, because we’ve compiled all of the basics you need to survive this season, even if you don’t know the first thing about football. Plus, a few awesome spots around Buffalo to post up, day drink, and celebrate (or cry) while watching the games.

Already an expert? Share this article with someone you know who isn’t quite on the Bills bandwagon (yet!) to help get them up to speed!

Literally…What is Football? Identifying the Basics

Football is played on a 120-yard field that’s divided into 100 yards for gameplay and 10 yards for each team’s endzone, which is where the scoring happens, if you haven’t already figured that out. Each team takes turns playing offense (trying to score points) and defense (trying to prevent the other team from scoring). Technically, the defense can also score points sometimes, but that’s not their main goal.

When on offense, each team tries to gain at least 10 yards at a time, receiving four downs, or attempts, to do it. The drive, or series of one team’s offensive plays, hopefully ends with scoring in some form (unless it’s the team opposing the Bills, of course), but doesn’t always.

Worth 6 points, a touchdown happens when the ball is caught in or carried into the other team’s endzone. Well, technically, it’s when the ball “breaks the plane,” which is up for referee interpretation, and isn’t always consistent (enter: the aforementioned expletives).

Don’t get it twisted, there’s only one team in New York State. #hashtagstepoutbuffalo Tw: marcel_lj

It’s no secret that we’ve got what’s arguably the most fun fan base in the NFL, so of course tailgating is a crucial piece in the experience of attending a Bills game. The immediate area around the stadium on a home game Sunday morning is packed with fans grilling food, shotgunning beers before 8AM, and probably (LOL) smashing the occasional (LOL) table or two.

Whether you’re actually venturing into the game or just heading to OP for the pre-game festivities (well worth the trip we might add), there are plenty of bars nearby the stadium that make for a great starting point. For the list check out our guide to the 6 Best Bars to Hit Up Pre & Post Bills Game. Plus, parking lot tailgating is not to be underestimated here in WNY- just don’t expect the same experience if you ever go to a game in another city.

Despite just how much Buffalo loves the Bills, our team holds the record for the longest playoff drought in the history of professional American sports. That drought was finally broken, though, on New Year’s Eve 2017 when the Cincinnati Bengals beat the Baltimore Ravens, securing Buffalo their first playoff spot since 1999. For more info on how this other team’s win affected our playoff drought, you’ll have to consult with a patient football fan – it’s too intermediate for this convo here.

What you really need to know is that in true “City of Good Neighbors” fashion, the Buffalo Bills sent a massive thank you to the Cincinnati Bengals in the form of sending chicken wings to the team and donating thousands of dollars to Bengals’ QB Andy Dalton’s charity.

Follow up question: And why was it such a big deal? Well you see, after that serious playoff drought and breaking of said drought in 2017, the team got back to work and during the 2020-2021 season finally advanced further than they had since 1994 to the AFC Championship Game. They did lose that game, but it gave Bills fans everywhere hope for the future like we haven’t had in quite a while.

The Bills are making it happen now! If you’ve ever been to a wedding, you’ve heard this one before. For generations, Bills fans have celebrated home game touchdowns with the beloved “Shout” song, which is a play on the original song by the Isley Brothers. The WNY community even created a “Save the Shout Committee” back in the 1990’s when there was talk of getting rid of the song, successfully convincing the Bills administration at the time that, though players come and go, the “Shout” song should remain a constant with the team.

Find the song and lyrics here so you can join in the fun at the next home game! Don’t worry, it’s as easy as it gets.

Where to Watch the Game

Can’t physically go to the game, but still want to be a part of the Bills community? We’ve got you covered! Head to one of these sports bars for the full experience: 9 Best Bars to Watch a Bills Game in Buffalo & WNY

Obviously, there is much more to the Buffalo Bills, and football in general, than just what’s listed above. When you have questions, because you will have questions, refer to a trusted friend- and when all else fails, throwing out a “Go Bills” is always a safe bet.

This post was originally published in 2019 and has been updated.

Based in Buffalo, Emily is a marketing professional by day, and a freelance writer by night. She is passionate about uncovering unique stories, and dreams of cross-country road trips, endless sunshine, and adopting multiple dogs.
Find More ➭ Bills Season 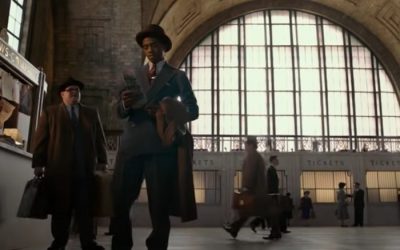 We've said it once and we'll say it again - Buffalo food is on another level, y'all. When it comes to wings, weck and pizza (and other stuff too), our corner pizzerias and family-owned restaurants simply kill the game. When it comes to hobbies around here, talking... 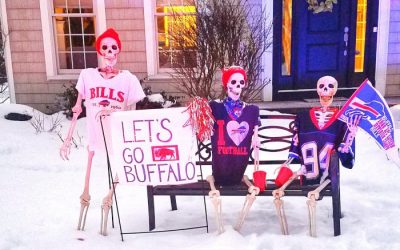 Photo courtesy of Nicole Cristen Man, we love the freaking Buffalo Bills. Assuming you don't live under a rock and obviously watched the Bills play in the AFC Championship game in January 2021, you're probably feeling the Buffalove from it. During a crazy year of ups...