Black Iron Bystro opened in May 2014, a semi-casual, eclectic space in Blasdell, New York, offering a menu full of responsibly-sourced food created by owner and head chef Bryan Mecozzi, and unique libations poured by Joe Graziano. Over the years, the local restaurant built a strong following of loyal patrons, and Mecozzi found success with the support of his home community and the Buffalo restaurant industry.

In early March 2020, Mecozzi and Graziano were listening to a podcast and learned about COVID-19. The health and safety regulations were quickly being established for businesses countywide and Mecozzi wasn’t sure what to expect. Thoughts began swirling through his head… How would the new regulations affect the restaurant? What changes would they need to make? How would he take care of his employees – a tight-knit group that he considered family?

“Once we heard about the 50 percent capacity regulations, I felt those would be very temporary and impossible to regulate. We began to worry about if and when we were going to close,” Mecozzi said. 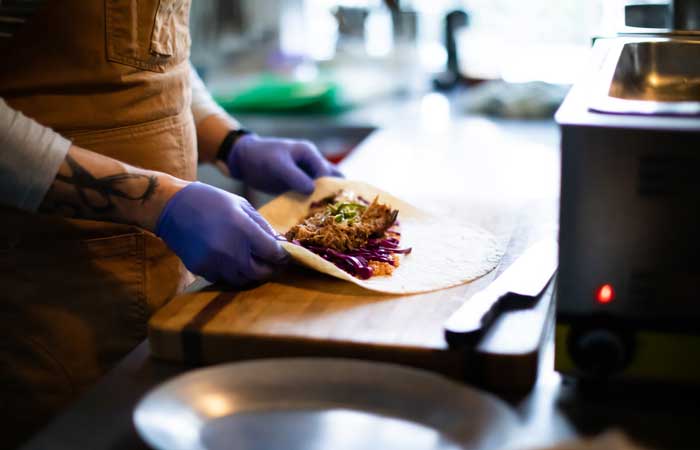 After a weekend of mulling over his options, Mecozzi came up with an initial plan. “The idea was, we’re going to go in and sell all of the perishables we have on hand first, then shift to takeout only,” Mecozzi said. “Even then, there was still a chance I would have to close my doors indefinitely.”

The decision was heart-wrenching. Mecozzi knew he had to move swiftly, so his employees would be able to plan a way to take care of themselves and their families. “I called all my employees and let them know my thoughts. I informed them that there was a good possibility they would be laid off and that it would be wise to file for unemployment,” Mecozzi said.

Adapting to the new reality was a challenge. Black Iron Bystro – known for its fine dining atmosphere where patrons could unwind with a craft cocktail or glass of wine, alongside a house-made pasta dish, seared fresh-cut steak, or a selection from an ever-changing menu of artisanal fare – quickly had to modify its menu to takeout-friendly cuisine like burritos and enchiladas, with beer and wine to-go. Though the look of the food and the delivery method changed, Mecozzi remained committed to using local and responsibly-sourced ingredients. He knew ingenuity was key to keeping the lights on.

While the restaurant has always relied on technology, they have adapted it in different ways during the pandemic to ensure the safety of both patrons and employees. From posting the current menu offerings at BlackIronBystro.com, using the phone to take orders, and manually entering credit cards into their POS system, their main priority was ensuring the entire transaction was contactless.

“We’ve also been relying heavily on our social media – Facebook and Instagram – to share a daily update, our current offerings, and simple thank you messages to the community for the support they’ve given us,” Mecozzi said. 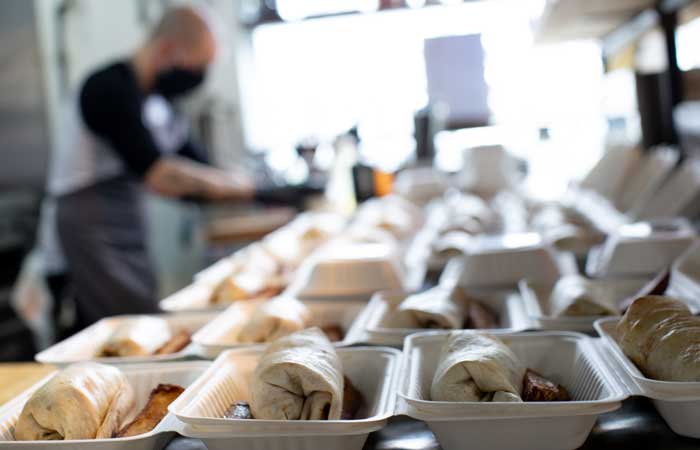 The community response has been overwhelmingly positive for Black Iron Bystro before and during the pandemic, and Mecozzi said he feels fortunate to be running a restaurant in the Buffalo area because of the shared support for local businesses and the community. Patrons have adapted well to all the changes at Black Iron Bystro, and Mecozzi is in awe at their willingness to continue supporting local businesses during stressful and challenging times.

“The restaurant industry here has been pitching in, providing emotional support to each other, checking in to see if we need anything like signage or takeout containers,” said Mecozzi. “It really helps to have a supportive community.”

Mecozzi also felt compelled to give back to his community, always an enduring source of strength for his family and his business. He started reaching out to local hospitals to see if there was anything his restaurant could provide for the workers to keep them fed. 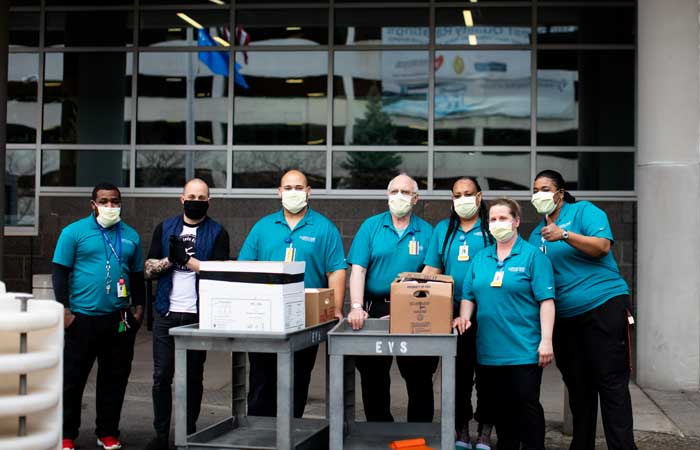 “Something as simple as eating can make your day complicated when you’re dealing with an issue this vast and ever-changing,” Mecozzi said. “With generous donations from individuals and organizations like Spectrio, we’ve been able to feed many workers at Mercy Hospital as well as Buffalo General.”

His support has inspired smiles out of stress and generated a positive impact on those who Mecozzi dubs “new-age soldiers” – front line workers like doctors, nurses, administrative staff, emergency personnel, and more.

Mecozzi offers this advice to other business owners as they make changes to meet new CDC guidelines or prepare to reopen: adapt, be creative, be flexible, and don’t expect that things will return exactly as they were before COVID-19. “I think that if you don’t expect too much, then you’ll be pleasantly surprised with the results that lie ahead,” said Mecozzi.