Alex’s Place – Worth the Drive and Then Some 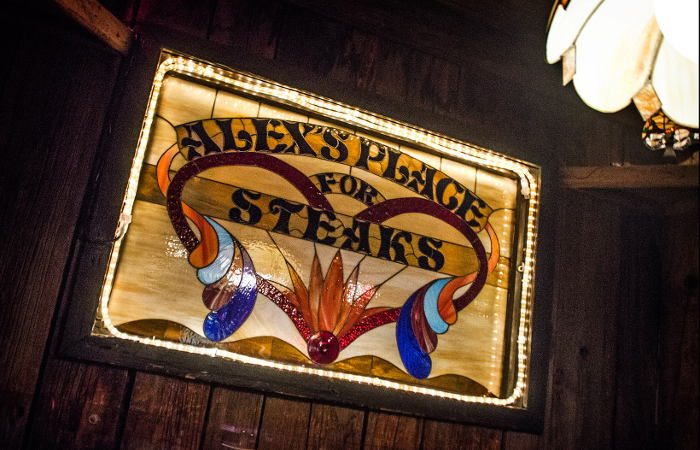 If you were paying attention in your medieval literature class, you might have learned that a classic romance generally involves some kind of a journey.
So, in the spirit of being a true romantic this Valentine’s Day, we’d like to recommend you take a not-too-short-but-not-too-long trip over to Alex’s Place in Batavia.
In business for more than 25 years, Alex’s Place serves classic American fare – making it a safe bet for people who don’t want to scare off their valentine with a menu that is too exotic. The classic menu at Alex’s Place is also a great way to connect with the American traditions of our parents and grandparents. Oh, and it also serves up award-winning ribs.
“Alex’s is a destination restaurant and has been for a number of years,” owner Matthew Gray recently told Step Out Buffalo. “What draws people to Alex’s, besides the ribs, is – it’s a throwback to another time.
“I could be in Florida or I could be out west,” Gray added, “and if I start talking to somebody about Batavia, they’ll say, ‘You know, there’s this great restaurant in Batavia called Alex’s Place.’” 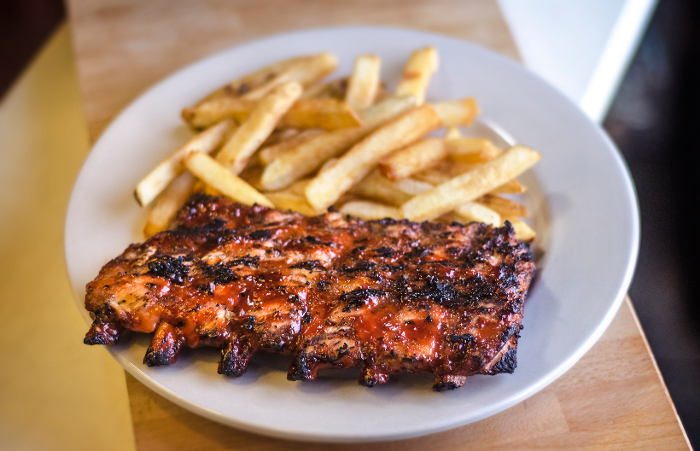 Half Rack of Ribs / Photo courtesy of Alex’s Place

Rather than chasing the latest trends, Alex’s has remained faithful to classic American fare, offering up super familiar meat-and-potatoes dishes like slow-roasted prime rib and clams casino.
Then again, we have been seeing these dishes pop up on some big culinary Instagram accounts lately…


“What’s old is new again,” Gray said. “Items that have fallen off local restaurant menus sometimes fall back on.”
This idea, of the old being new again, is especially true for the Valentine’s Day menu. Highlights include an apple-glazed Cornish game hen, a chicken cordon bleu stack and NY strip béarnaise. It’s also quite the deal, offering an entire meal complete with an appetizer, two entrees, and dessert for $54.99. The special runs until February 19th – see the menu here.
All of the food is cooked in Alex’s open kitchen, which includes a charcoal grill. Diners can hear their steak sizzle, see the flames leap off the grill and smell the unmistakable scent of barbecue sauce being caramelized by searing heat.
If for no other reason, you should go to Alex’s Place for the baby back ribs. Smoked in-house for 6 to 8 hours, covered in housemade barbecue sauce and finished over the char pit, there’s a reason they are shipping these things out all over the country.
Alex’s Place also has a full bar with local craft beer, classic cocktails, and a major emphasis on wine, with New York State wines being a particular focus. Gray said local wines weren’t even on the restaurant’s radar when he took ownership of the place back in 2007.

“At the time, New York State wines were definitely around, but they weren’t on Alex’s menu at all to be honest,” he said. “New York State wines have come such a long way. We have some world-renowned wines right in our backyard. The Finger Lakes and even now the Niagara region, for Rieslings, are pretty spectacular. So we’d be remiss to not have some whites and some full-bodied red that are from our backyard.”
If you do end up heading out to Batavia, you should know there are plenty of other good stops to make while you’re in town, including checking out the gaming at Batavia Downs, the chocolates at Oliver’s Candies and vintage toys over at Adam Miller Toy and Bicycle. All are great ways to cap off a day trip or a date night. 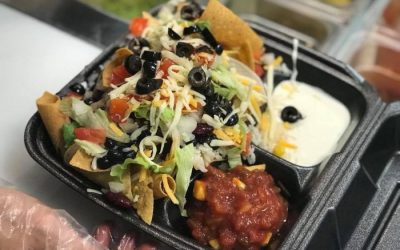 Photo courtesy of Chick Mex Grill Here in Western New York, we like to complain about the excessive influence that downstate has on state politics, but The City does have a massive positive influence on our area, and one small, shining example of that influence has...