Maybe you haven’t heard, but now you have no excuse. There are awesome cupcakes living on the Island – Grand Island to be exact. They aren’t just any old dried out cupcakes either (you know what I’m talking about). They are moist, delicious and cleverly representative of nostalgic foods. 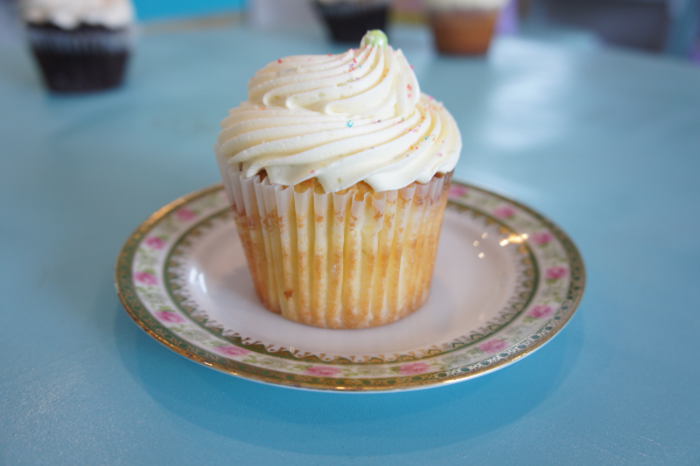 Owners Tara and Jonathan Bondi were born and raised in Grand Island, NY.  They learned the cupcake business while living in Charlotte, NC for a couple years. Tara learned from one of the best, her sister-in-law Heather McDonnell. The owner of Cupcrazed appeared on Food Network’s Cupcake Wars and Rewrapped and also makes a mean savory cupcake. The flavor? You guessed it – Buffalo Chicken Wing. (She’s from Buffalo so she’s allowed.) After dropping that knowledge, it’s easy to see where Tara gets the inspiration to wow customers with cupcakes sporting products you’ve loved all your life.

On any given day these guys tend to sell out of their stock. Flavors change daily and are at the whim of Tara’s creative mind. Recently, Baked Cupcakery took home a prize of their own, WNY’s Best Cupcake at the 2015 WNY Cupcake Challenge. If that doesn’t tell clue you in I’m afraid you’re permanently out there.

While their cupcakes are great and the service friendly, Baked Cupcakery has recently expanded the experience to include more than just inventive flavors and big smiles. Beginning in May they brought a whole new beverage to the cupcake counter just in time for hot summer days – JoeTap Nitro Cold Brew Coffee.

You’re probably familiar with iced coffee and/or cold brew coffee, but it’s possible you have never heard of JoeTap. And there’s a good reason for that – it’s brand spankin’ new. This system is one of just 15 JoeTaps that have been shipped throughout the country. One of the things that makes JoeTap different is that it’s a stand alone coffee dispense system. (Meaning it’s super portable and not too much of a hassle for business owners.) A family member recently got into the business and Tara and Jonathan jumped at the chance to add something else unique and refreshing to their repertoire. I’m personally thrilled about it. The new JoeTap in town is not just producing regular old cold brewed coffee either. Nitro Cold Brew is cold brewed coffee infused with – SURPRISE! – Nitrogen.

If you’re like me, you probably want to pretend you know what the heck that means. But in reality, you’d love some kind of explanation you can really wrap your head (and then tastebuds) around. Why infuse cold brewed coffee with nitrogen?

Infusing Nitrogen into the cold brew has a subtle sweetening effect on the drink. Therefore, coffee from the JoeTap will taste like a small amount of cream and sugar was added to the beverage without actually adding any. The coffee is brewed similar to a micro brew (beer), then kegged, tapped and poured. The pour is very important in this process and is actually similar to that of a Guinness beer. JoeTap explains that the cascade along the sides of the glass after the pour makes for “a tight frothy crema and a unique velvety smooth beverage.”

Along with the fantastic flavor comes the added benefits of sweetened coffee without the calories of added cream and sugar, as well as lower acidity than found in regular brewed coffee. Jonathan told me he can drink multiple cups a day without experiencing the usual heartburn he gets from drinking regular coffee. #goodtoknow Currently prices are set at $3.25 for a large and $2.25 for a small.

In my opinion, the best part is the lack of ice in this chilled bevy. See, the coffee comes cold but since there’s no ice involved, the integrity of my cold drink is maintained for as long as it takes me to drink it. No diluted iced (eventually watery) coffee here. Can I get an amen? 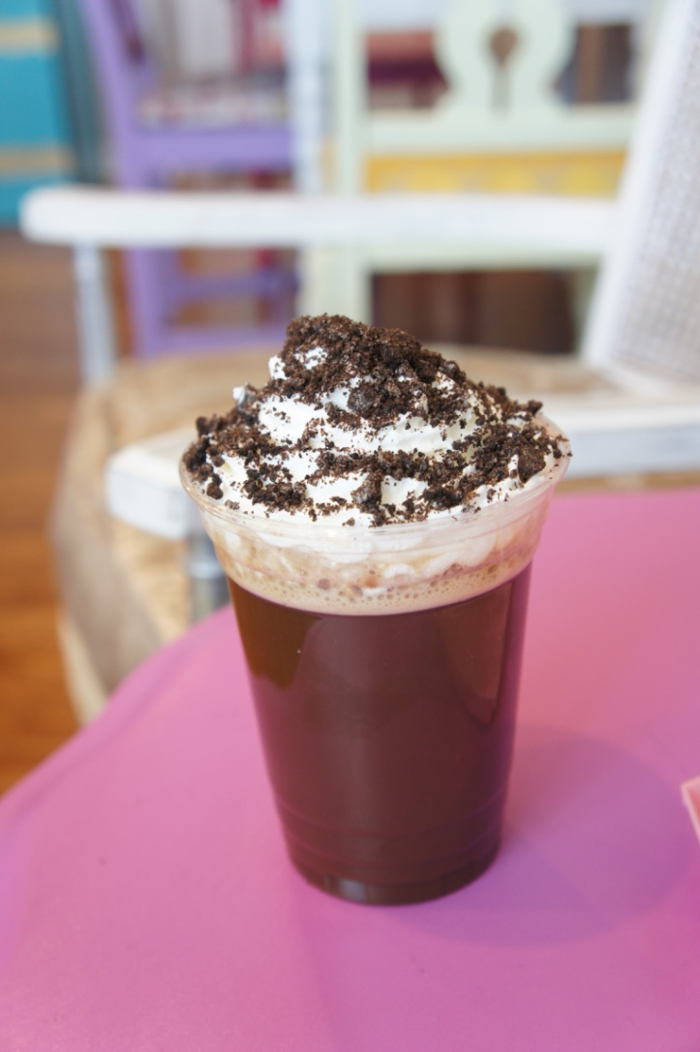 If flavored coffee is your thing, Tara and Jonathan have you covered. The JoeTap cold brew lends itself really (and I mean really) well to added flavors. Feel free to add any flavored syrup you want to your cold brew at no extra cost. If you’re craving dessert, order an Oreo Nitro Cold Brew. They’ll add a bunch of good stuff and top it with whipped cream and Oreo pieces. Other flavors available include pretty much any combo they have on hand – so just ask! Mint Oreo anyone? Reeses Peanut Butter? You got it.

I’m telling you, this is better than a milkshake from your local ice cream shop. #sorrynotsorry

Rendering courtesy of Tappo Day Club You guys! We're so excited for this new day club coming to Chandler Street in Black Rock, complete with a pool and lounge area, restaurant with rooftop dining, bar, bungalows and more. According to their recent social media post...

Rosie’s Handcrafted Ice Cream / Photo x Brett Llenos Smith Now, that Grandpa, Grandma, Pee Pop, Grammie, Mommy, Daddy, Auntie and even your weird Gen X uncle who always tells you about The Continental “back in the day” can all get their COVID shots – it’s time to get...