Barrel + Brine Has Officially Made The List of Top Spots to Brunch in Buffalo, Here’s Why 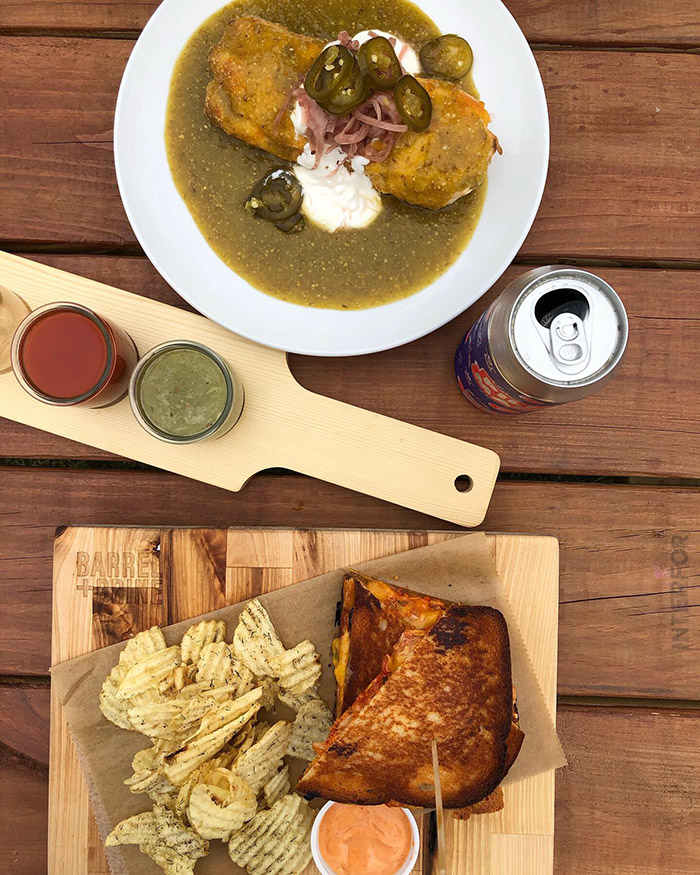 Tucked off the back of a large grassy courtyard in Buffalo’s new Chandlerville across the street from the new Tappo Pizza @ Thin Man Brewery and next door to Buffalo Cider Hall, you’ll find the new Barrel + Brine Cafe and warehouse in all its glory. You know when you enter some places and you immediately feel more calm? This is one of those places. It’s got Sunday vibes for days and nourishes more than just your hunger. 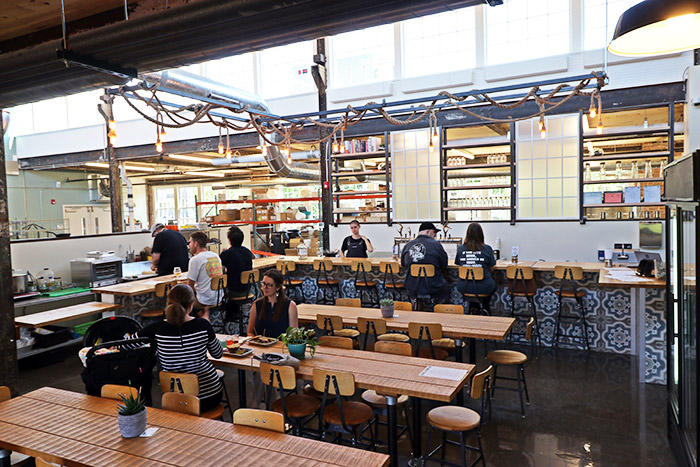 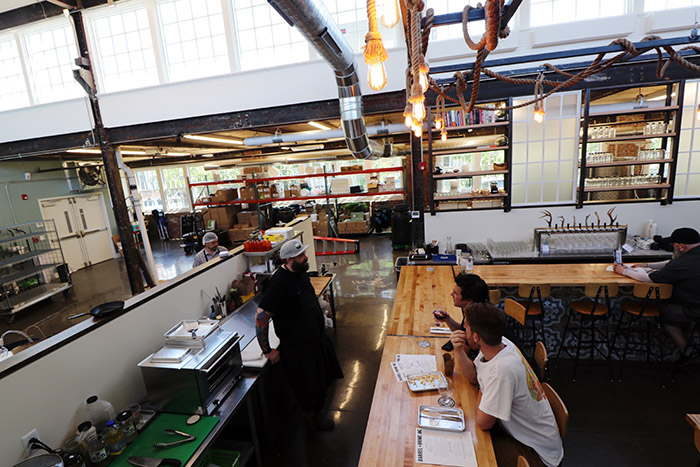 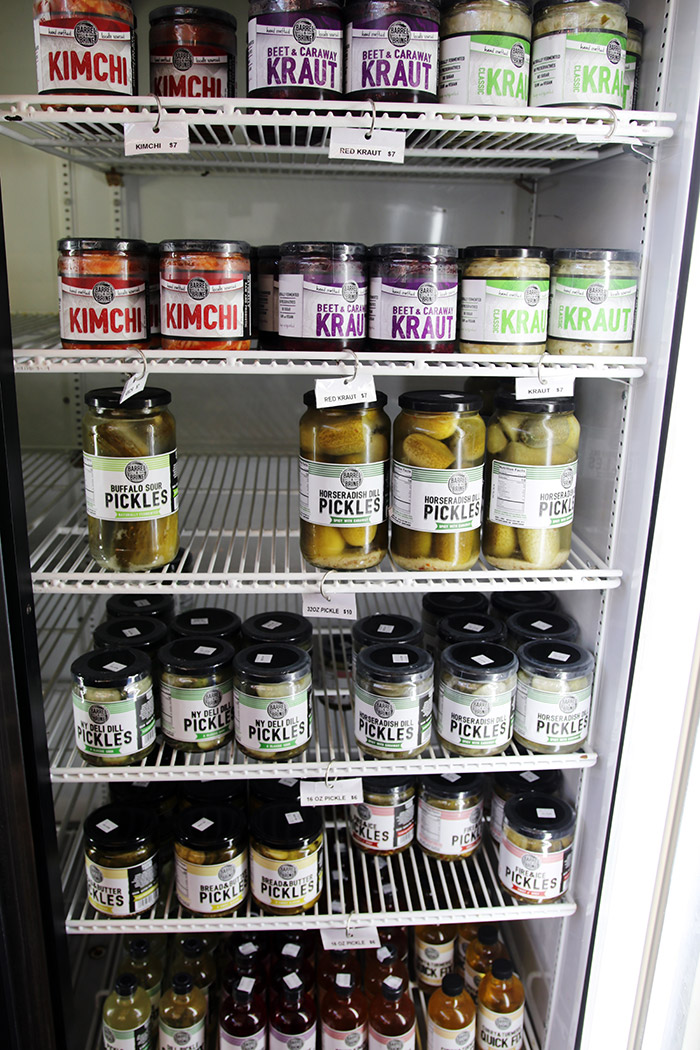 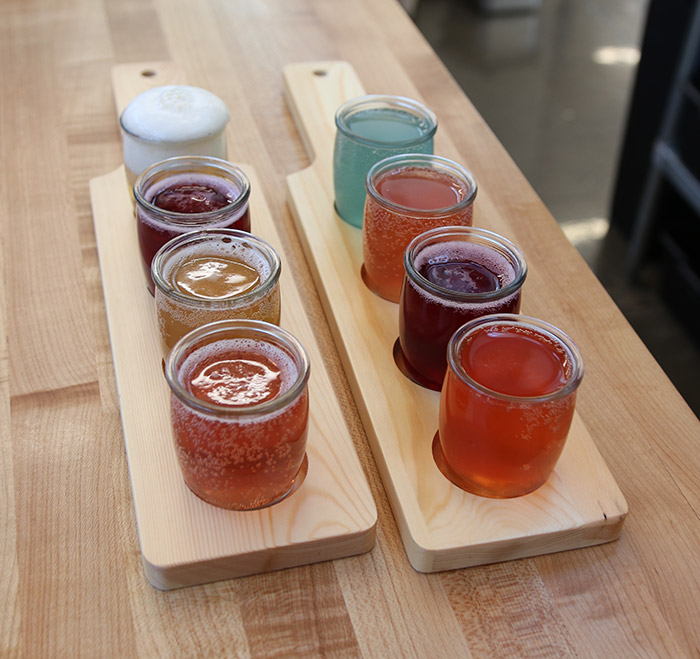 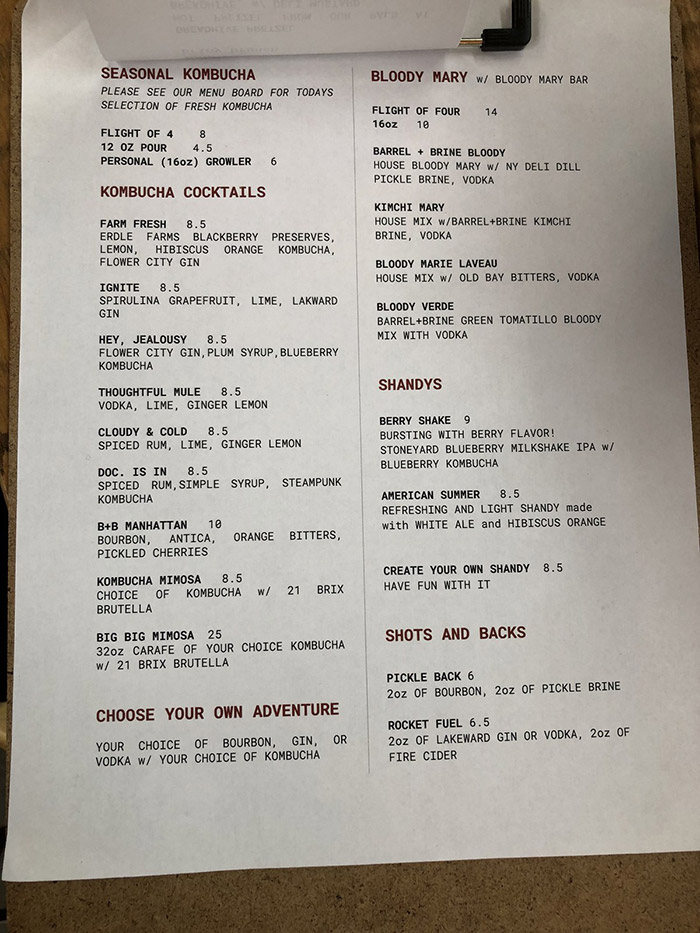 The beverage options are abundant, and you know there was no way I was passing up the bloody mary flight featuring all of their bloody mary options. One with their house bloody mix (pickle brine), one with their kimchi brine, one with Old Bay Bitters, and one with a house green tomatillo mix. All were delightful and different in their own way, and the garnish station made for that well-rounded bloody mary experience that I’m looking for at every brunch.

Having had the pleasure of attending Chef/owner RJ Marvin’s pop-ups in the past, I knew there wasn’t going to be a bad choice on their brunch menu. The brunch offerings included a couple carbacious options from the Breadhive team, a sweet item, a pickle plate to show off their ferments that are sold in WNY and beyond, and three entree options that are switched up often.

When we visited, our options from the rotating savory menu were: Italian Beef, Chorizo Breakfast Burrito, and Kimchi Grilled Cheese. As hard as it was to pass up the Italian Beef (and as much regret as I felt not bringing more people to share all of the offerings), we ate something similar to that earlier in the week so we opted for the burrito and the grilled cheese.

Okay guys, so when I say “add it to the rotation,” that’s a big deal for me. What exactly do I mean? I mean that the next time I want to go to brunch without being bothered to wonder if it will be excellent or not (AKA brunching for fun), this is one of the places that will be an option. That list of places in WNY is under ten, hell, maybe even under seven restaurants right now, so adding another spot to the list means that I was seriously impressed. 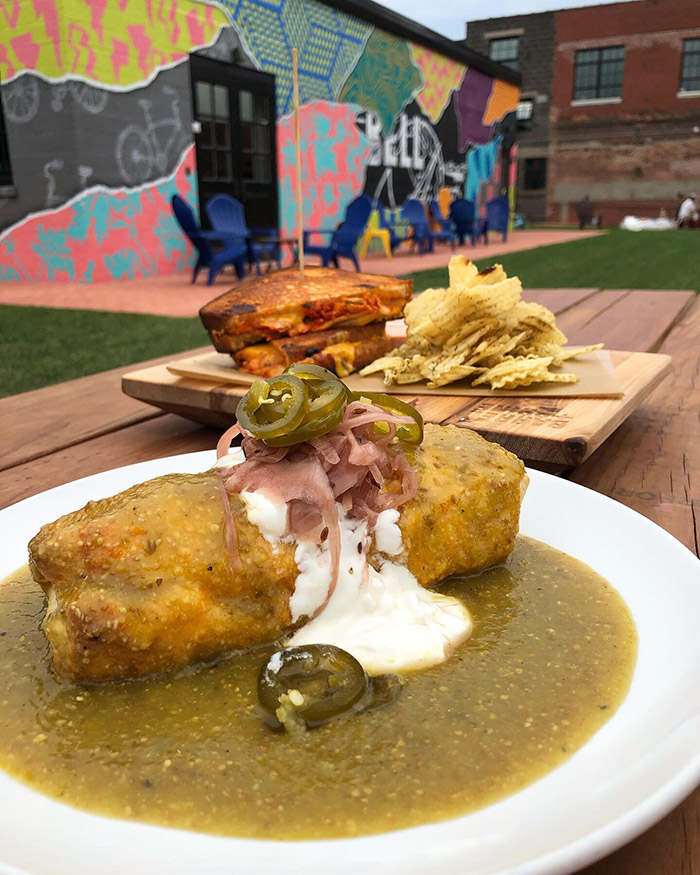 You really only have to look at the photo of the breakfast burrito to know that it was everything you could dream of in a burrito and more. The outer shell had a nice crunch despite being slathered in sauce, cheese was evenly distributed, chorizo and eggs complimented each other perfectly, pickled onions and jalapeños added a zing that’s making my mouth water as I type this. I could go on and on, but to sum up my feelings toward this breakfast burrito I will say this: it’s the best I’ve had in WNY to date.

The kimchi grilled cheese stirred up similar feelings – an amazing crunch on the sourdough and just the right amount of kimchi and cheddar cheese. My favorite part? I’m a dipper – so the fact that the spicy mayo was served on the side for me to dip entire mouthfuls of the sandwich into it pre-consumption was the icing on the cake for me.

Having dined out for brunch hundreds of times in this city until this point in my life, it’s becoming more and more obvious to me when the person that cooks your food is a food lover themselves, and knows from base ingredient to toppings exactly what they want to see placed in front of them when they’re out to eat. It makes it more than just a meal out – it makes it an experience. I urge you to check out what they’re doing on Chandler St. at Barrel + Brine, cause it’s special in that way and more.