Beer Goes Back to the Future 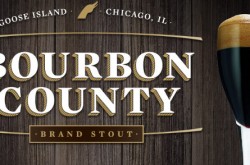 The future of craft beer looks a lot like brewing in the early 1900s right before prohibition.  Barrel aging is the current hot trend in American craft beer, says… well me, DJ Heider. 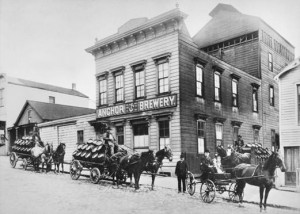 Americans are preoccupied with ultra-hoppy, bitter IPAs but increasingly, craft brewers are turning to wood aging. Just last year barrel aged beers outnumbered the leading “IPA” category at the Great American Beer Festival in Denver. A century ago, beer was stored in wood barrels. Then soon after Prohibition came stainless-steel tanks, and wood barrels pretty much went the way of the dinosaurs.

Now barrels are back in the brew house, thanks in large part to experiments that began at Chicago’s Goose Island Beer Company, which released its first Bourbon County Brand Stout in 1992. Now that same stout is released once a year and if you can get your hands on this limited release you are considered lucky.

It has taken other American brewers a while to follow Goose Island and make a drinkable barrel-aged beer. In the 1990s, many of the early adopters used beers with very high alcohol content, since wood is known to mellow the flavor of alcohol. The result was strong brews that had to be drunk like liquor in four to eight ounce glasses. With the newer barrel- aged beers they can be enjoyed in p 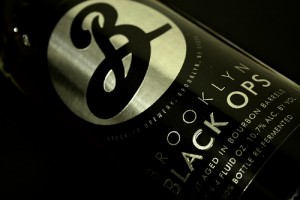 ints. Beer aged in barrels takes on the flavor of the wood, such as oak, and adopts the character of the barrel’s previous tenant, whether it’s a fruity nose from a port-wine barrel or the vanilla from bourbon casks. The aging process also smoothes out the alcohol, drops some bitterness, and adds wine-like characteristics because of the barrels.
When shopping for these beers, remember that the barrel can unexpectedly alter the flavor profile, meaning a sweet lambic can get a bit dry with strong vanilla flavors.  A bitter Russian Imperial stout can get all chocolaty and smooth. These novel flavors are why these beers are worth buying, and why craft brewers are using this hot new trend.

Barrel aging is becoming as American as an Imperial IPA.

There are many more out there but these beers listed are available right now and in most cases are available for purchase at your local Consumers Beverages location.  Check out our website www.consumersbeverages.com for locations and other beer related things. 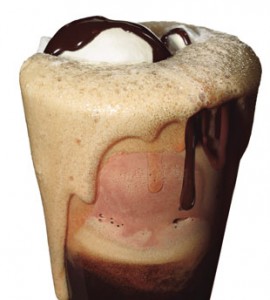 1. Add half a scoop ice cream to the glass.

More Posts from Step Out Buffalo

Must Visit Gastro Pubs in WNY