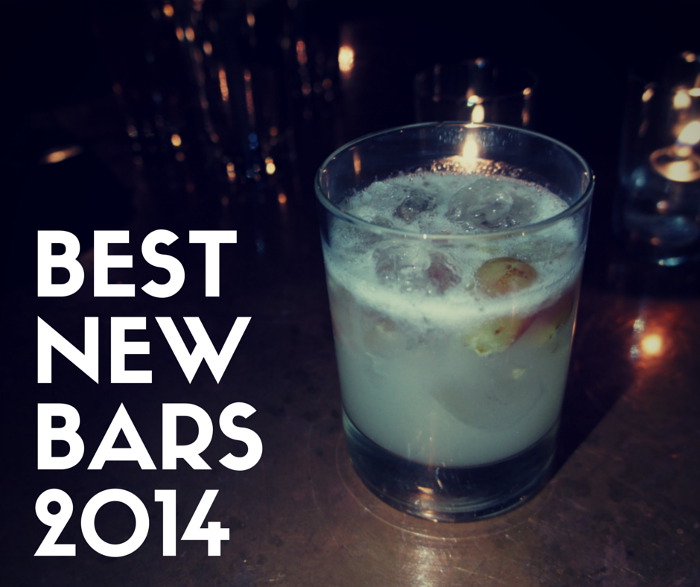 Buffalo had some outstanding new restaurants open their doors in 2014, but for those times when all you really need is a good solid drink in a social atmosphere, we give you a list of the best new bars of the year. They’re chosen based on atmosphere, drink options, service, and of course cool factor. Cheers! 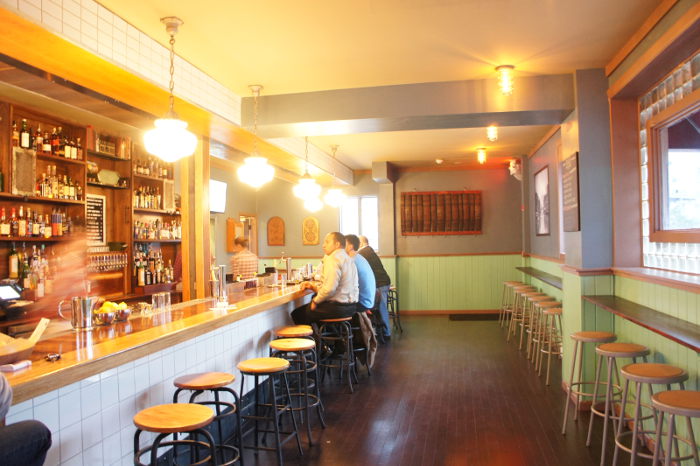 The return of bar keep Tim Stevens from San Diego in 2014 brought Buffalo something we didn’t see coming this year. Ballyhoo. Upon our first visit, we were hooked on Jam Sessions, Carbon-A-Teas, hard-to-come by brews and outstanding homemade sausages. The quirky atmosphere and make-you-feel-at-home staff sealed the deal before we even got to our food. Plus, we love sausage. Beyond all that, there’s just something about the place that makes you want to hang out and shoot the s***. 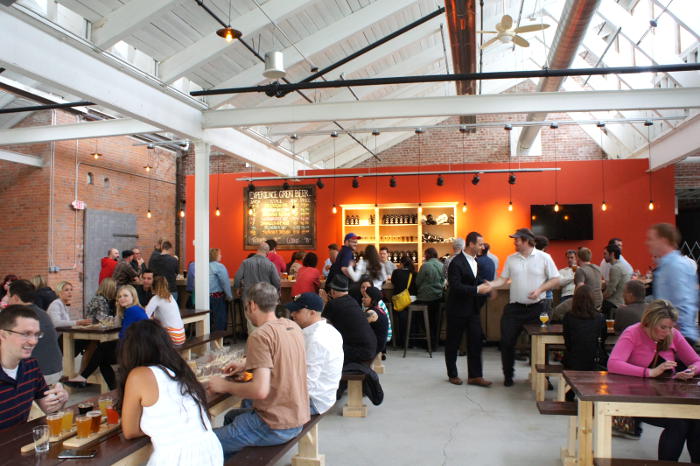 On top of serving their own, locally brewed and themed (and delicious) beer, Resurgence has made an effort to highlight surrounding local businesses in their snack menu. They’ve incorporated giant games like Connect Four and Jenga into their tap room, included fire pits in the beer garden and are practically giving away tours every weekend. What’s not to love? 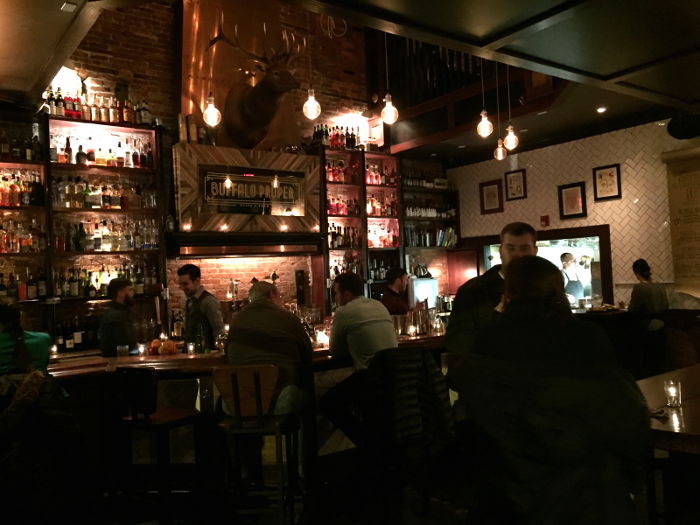 As far as cocktails go, you won’t find a better new bar from 2014 than Buffalo Proper. With Jon Karel running the show, you’re almost always sure to find a warm welcome and a cold cocktail waiting for you at the overwhelmingly handsome bar. The first floor is dedicated to the bar crowd, which is where you can find some of the most coveted cocktail creations in town, but you’d be crazy not to head upstairs before or after for a meal by Chef Edward Forster. We suggest the Eggs and Potatoes. 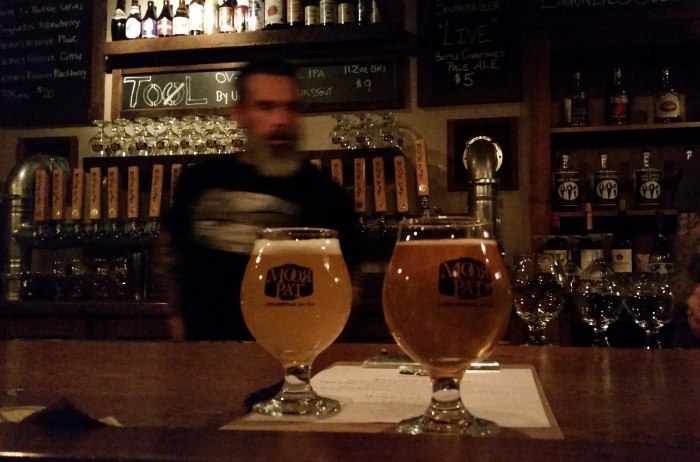 Williamsville’s hottest new tavern conjures up images of secret meetings to plan the overthrow of King George, but you may not find any Sam Adams here. This tap room offers an extraordinary selection of draft beers with a rotation of American Micros and European imported beers – twenty drafts and twenty bottles.  All drafts are available in 5 oz. tastings or the really cool Moor Pat 12 oz. beer glasses. Spar’s European Sausages and hand cut french fries round out the food options FTW. 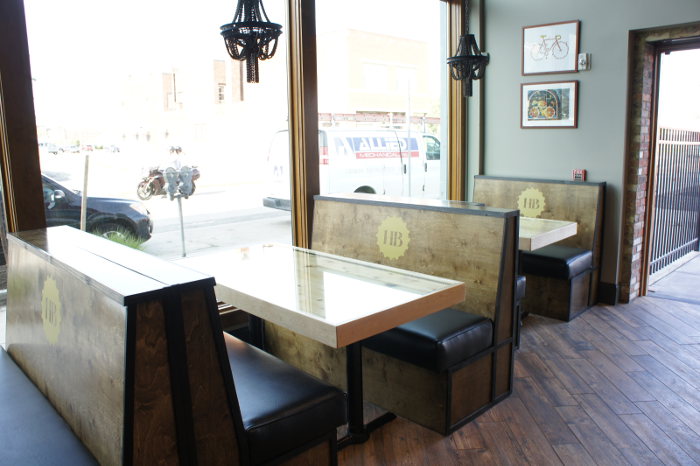 HandleBar’s cycling inspired theme sets it apart from any other bar that opened this year, or any year before it. Upon entering you’ll find wheel stools, table top magnetic games using bike chains, a pedal powered phone charger and a great selection of beer and cocktails. Their food menu stands out with items prepared to rev up riders, including rice bowls, flatbread pizzas and gourmet stuffed potatoes. While HandleBar is “geared toward cyclists and celebrates bike culture”, you certainly don’t have to be one to enjoy. 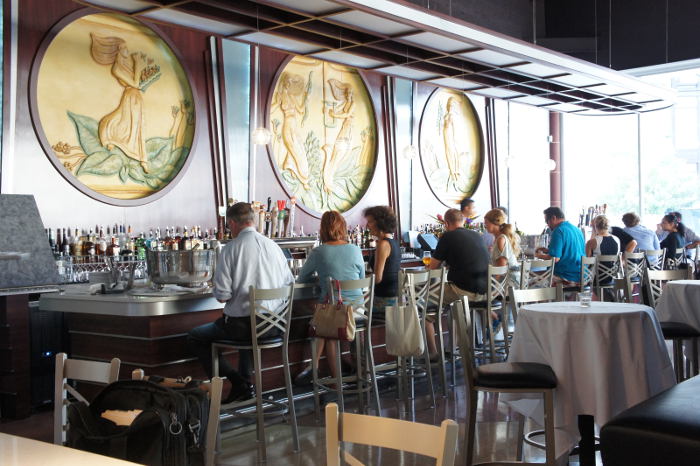 Depending on what you’re in the mood for, Oshun has two noteworthy bars – the elegant, Art Deco cocktail bar at the front of the restaurant and the cozy oyster bar in the back. The cocktail and beer lists are both limited but strong, and their wine list is extensive. Either “bar” is perfect for a drink and a seafood appetizer at practically any time of the day. The oyster sampling is a no brainer but we also recommend their unique version of Calamari or Rainbow Trout. 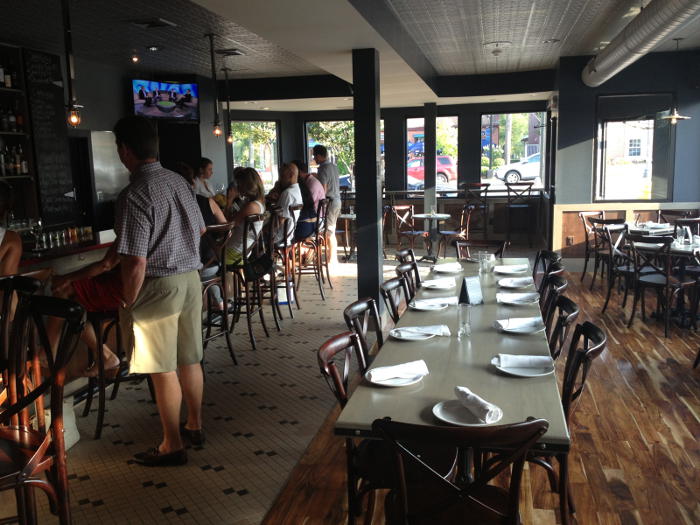 Perfectly suited for the stylish Williamsville Main Street strip, this is a great place to pop in before, after or during any meal. As far as cocktails go, we fancy The Black Widow. Among the small plates we love the oysters and the charcuterie, but there is plenty more to try on both fronts. Brought to you by Tabree owners Tara and Bryan Bryndle, they offer a nice selection of wines, beers by the bottle and a full bar. Keep in mind the kick-ass patio when the temps start to rise. 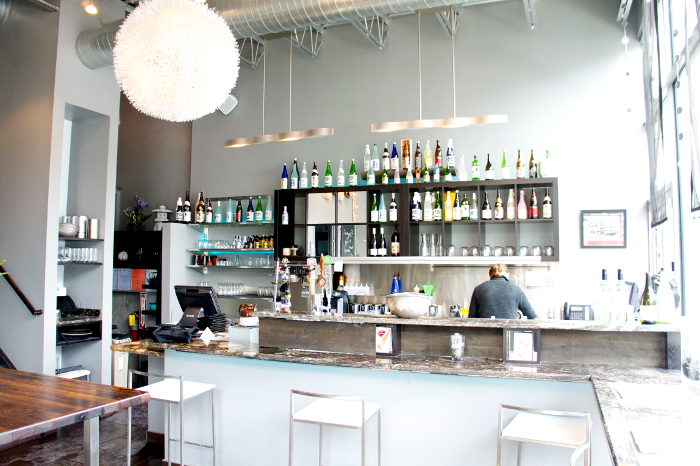 Early last year, SATO, a Modern Japanese Restaurant and Sake Bar equipped with a Certified Sake Sommelier, added a well stocked Sake collection to Buffalo’s bar scene. Along with sake food pairings, SATO offers a considerable list of Japanese beers and sake cocktails in a contemporary space. If you’re looking for something more exotic than your average shot, a sake flight is a great place to start. 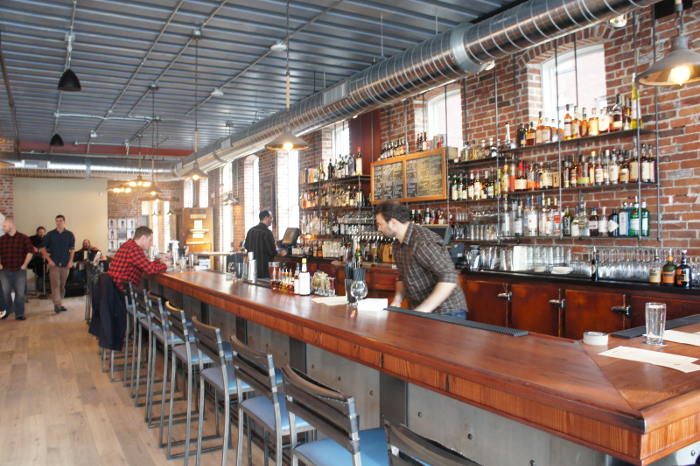 The bar at Hydraulic Hearth borders on stealing the spotlight from everything else in the newly renovated, Larkin Square adjacent space. It’s long, dark and handsome, the cocktails are strong and wood fired pizzas are the perfect bar snack. The space is an excellent choice for late afternoon happy hour and offers the opportunity to deep dive into a whole slew of Community Beer Works brews. Get a flight. On top of all that, the best is yet to come in 2015. Think beer garden, shuffleboard courts, food trucks and more. 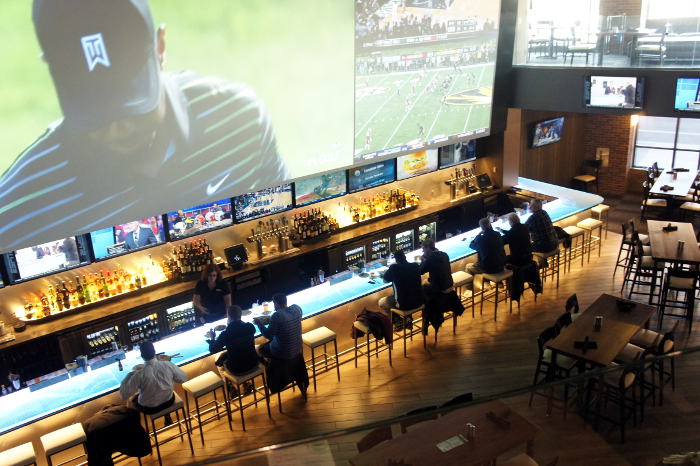 Sure it’s a restaurant too, but the bar is kind of the main point. Forget the fact that there are actually three, (yes, three) bars throughout the 2 story space, and that there are a total of 70 flat screens playing every game you can imagine in every room including the bathrooms. The main bar, made to look like the ice on a skating rink, revolves around a 38 foot wide screen, visible from both levels and most of the seats in the house – but not the ones in the bathrooms. As if that weren’t enough, the beer and food menus are actually good. If I’m not mistaken, this is what it (meaning sports) is all about. 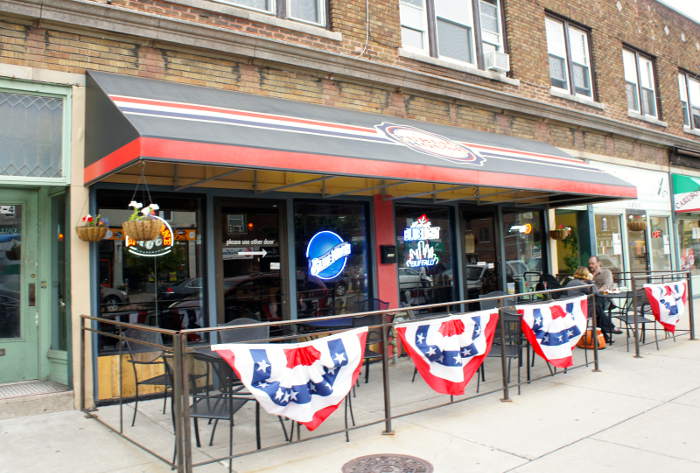 This North Buffalo pub has the best beer list on Hertel, boasting something crazy like 20 on draft and 60 bottles. The inviting space has a reclaimed, rustic vibe with several nods to the old world, a chalkboard with an ever-changing selection of brews and a patio overlooking Hertel for sunny months.

Due to the fact that these were really spiffed up and reopened as shinier new version of themselves, they fall under honorable mentions. They are just as great as they ever were and we’re thrilled to have both back in Buffalo’s bar scene.