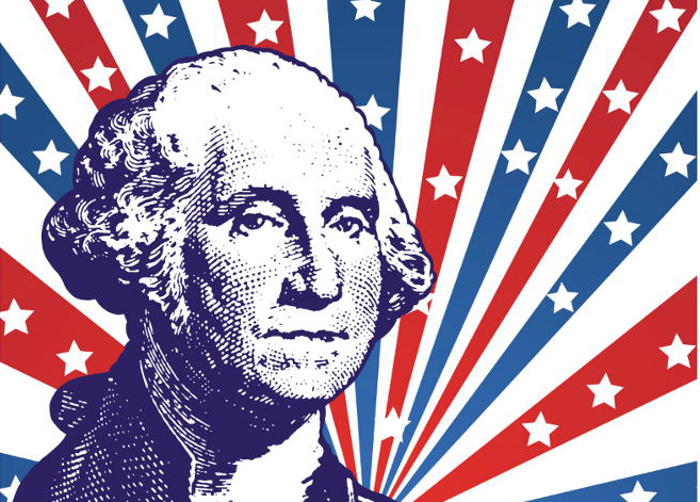 A salute to past Presidents

Buffalo is undeniably an eclectic mix of preserved and revered history and attempts to break into the fast-paced, glass-filled world of modernity: We drink fancy craft cocktails in buildings that were once warehouses and factories and ride ice bikes on the ruins of an immense sports arena.

Instead of exploring all the new-and-now Buffalo has to offer, this President’s Day, why not take a few steps back in time? You can explore Buffalo’s history, the struggles of our early nation, or have a drink surrounded by all the presidential memorabilia you could ever want.

Diehard historical biopic fans will revel in The Better Angels, a 2014 Sundance Film Festival selection about the life of young Abraham Lincoln. The film boasts a dedicated attention to historical detail and accuracy, while using poetic black-and-white cinematography and striking narrative techniques.

The Better Angels is set in Indiana in 1817, when the United States is just 40 years old. The film only covers three years of President Lincoln’s life, but in that time one sees the tragedies, the suffering, and the women who shaped him into the man we revere today.

Able Lincoln in Illinois casts a much wider net on Lincoln’s life than The Better Angels as it explores his childhood all the way to his rise as President Elect. The film was released in 1940 and is based on Robert E. Sherwood’s play of the same name. The film is simple, but holds a lot of emotional strength as it tells of Lincoln’s romances, his frailties, Mary Todd Lincoln’s ambition, and his undeniable strengths in leadership.

The Buffalo History Museum boasts having the longest running birthday celebration for President Abraham Lincoln. The Buffalo Civil War Roundtable hosts the event. There will be a short program, a Lincoln orator, local authors, and uniformed re-enactors will hold a rifle salute on the portico. If you’re bringing your kids along, there will be activities for the whole family to enjoy.

After you celebrate Honest Abe’s birthday, explore the rest of the museum to learn more about Buffalo’s very unique cultural and historical past.

If you haven’t had a chance to explore our Art Deco masterpiece, City Hall, use your day off to finally make this Buffalo pilgrimage.

City Hall was constructed between 1929 and 1930 and is one of the largest city halls in the United States. The building dramatically represented Buffalo’s status as an important, modern city in the 19th and 20th centuries. But the building also physically acknowledges Western New York’s cultural and economic history with the frieze, details, and murals decorating the inside and outside.

The tour often includes a trip inside Mayor Brown’s office, the Council Chambers, and the Observation Deck, which offers stunning views of the city.

With just about no snow on the ground, a trip to Old Fort Niagara in February is a seldom-occurring opportunity. If you have kids, it’s a perfect way to take history out of their textbooks and classrooms and bring it to life. For history-loving adults, Old Fort Niagara will help you imagine the lives of people you might only have ever read about.

The Fort has original 18th century buildings where Native American, French, British, and American soldiers lived, ate, and worked until the 20th century.  The history of the fort is complex, as it changed hands multiple times throughout its more than 300 year history. At the end of the War of 1812 – in 1815 – the fort was ceded by the British to the United States, marking the end of the fort’s armed conflicts. Afterwards it served as a peaceful border post, but during both World Wars it served as a barracks and training station for American soldiers. Today, the only military presence at the fort is the U.S. Coast Guard.

It’s time to test your presidential, Buffalonian, pop culture, and current events knowledge with the Theodore Roosevelt Inaugural Site’s TRivia Nite. The event happens only on the third Tuesday of every month. You can arrive at 6 p.m. for tours of the museum, drinks, and snacks and then at 6:30, trivia begins. Admission to TRivia Nite includes a free drink, snacks, and a tour of the site. Everyday admission is $10 for adults and $7 for students, so TRivia Nite is an inexpensive way to see the museum like never before.

If you’d like to pre-register your team, you need 5-8 people and can either register online or call. For those who are flying solo, you can still show up and join an impromptu team. Winners will receive prizes from the Pan-American Grill & Brewery. Another great way to see the site is by attending a guided tour which are scheduled hourly starting at 9:30am on weekdays. Head on over for a tour on Monday, Feb. 15th.

Stop by Monday afternoon for Teddy’s Ten Dollar Lunch Combos. The restaurant and brewery boasts a good beer selection as well as simple, easy, enjoyable meals. You can’t help but feel a little bit historical at the Pan-American.

No President’s Day celebration would be complete without a drink at Founding Father’s Pub. The bar always offers free nachos to guests, so it’s the perfect after-dinner pit stop. The walls are covered in historical memorabilia giving it an atmosphere unmatched by newer, hipper, more carefully constructed Allentown bars.