Stay Active During COVID-19 with Bike There, Buffalo!

COVID-19 is affecting our community in many ways. One of the least talked about is the unprecedented rise in depression rates. Even the CDC has encouraged self assessment tests to ensure people get the help they need. Staying home all day turns out to be bad for the economy, bad for our mental health, and bad for our physical health as well.

Buffalo Bike Tours aims to turn that around with Bike There, Buffalo!, a series of 5 self guided bike tours promoting exercise, celebrating our great city, and instilling social distancing. Each route includes cue sheets, curated landmarks, stories, and photos, and is a fun way to see the city alone or with your family. The project is completely free while tips are appreciated. You can even share your experience with the hashtag #biketherebuffalo and win $100 in credit to future tours!

As a way to celebrate the release of each ride, I’ll be writing short previews highlighting some of the tours’ lesser-known histories over the next several weeks.

Full disclosure: I am owner of Buffalo Bike Tours, which leads food tours and history tours of Buffalo by bike – check out our full lineup here.

Tour of the East Side Loop

This week’s tour, the East Side Loop takes riders deep into Black and Polish history and can be accessed here. While you’ll see familiar sites like the Central Terminal and the Broadway Market, today we’re bringing you 7 hidden histories on the East Side Loop.

In 1943, Reverend C.L. Franklin became the minister at the Friendship Baptist Church. Franklin’s daughter, Aretha Franklin, grew up singing in the church’s choir, later moving to Detroit, becoming “The Queen of Soul” and winning 18 Grammys. What’s even crazier is that another church, Beth Jacob Synagogue, was located almost at this same location years prior. Its cantor – Samuel Arluck was father to another Buffalo music prodigy. His stage name – Harold Arlen, best known for composing “Somewhere Over the Rainbow”.

First Shiloh Baptist Church is located at the former homesite of Buffalo activist William Wells Brown. Brown was an outspoken abolitionist and led a remarkable life, helping more than 70 people escape to freedom on ships he navigated across the treacherous Niagara River. He also authored the first book published by an African American, Clotel, about President Thomas Jefferson’s mixed child born out of wedlock. Stop by, view the historical marker and read more about his incredible story.

Iroquois Brewery (formerly Roos Brewery) is located on sleepy Pratt Street but was quite a production back in its day. Iroquois grew to be the largest brewer in Buffalo, producing up to 600,000 barrels per year. The longest operating brewery in Buffalo, the company closed in 1972 amongst national consolidation of the brewing industry. Down the street you can still see the faded sign for Kleinschmidt’s Malt House, which supplied the brewery its malt.

In the 1930s, accounts describe long lines headed down Peckham Street…people all waiting to load up on Wardinsky’s polish sausage, bologna, hot dogs, kiszka, and head cheeses. The company dates back more than 100 years. For many years they were known for their tagline: “Don’t give me that baloney, I want Wardynski’s!”.

O.J. Simpson and Johnny Bench made history at War Memorial Stadium. A center of activity for the once-thriving Jefferson Avenue, “The Old Rockpile” was once home to both the Buffalo Bills and Buffalo Bisons, and was the set for Robert Redford’s 1984 film, The Natural. Originally built as a Works Progress Administration project in 1937, most of the stadium was demolished in the late ‘80s. Several pieces of the building remain intact and it is now a practice field for local athletics.

Stop by this new mural paying tribute to Buffalo’s black music history. Depicted are: Grover Washington, Dyke & The Blazers, Rick James, and Aretha Franklin. Dyke & The Blazers, while largely forgotten by history, may have in fact authored the very first funk song, “Funky Broadway”, about Broadway Avenue in Buffalo. The song supposedly was a large influence on James Brown.

Michigan Street Corridor is home to incredibly significant history enough to fill volumes. There’s the Colored Musicians Club – the last surviving club of its kind in the United States. There’s the Nash House Museum – the former home of Rev. Jesse Nash, pastor of the Michigan Street Baptist Church. There’s the old Broadway Auditorium – site of political conventions, boxing matches, and bike races. But maybe the most significant landmark is the homesite of Mary Talbert, one of the principal organizers of the Niagara Movement, which would go on to lead to the formation of the NAACP, the largest civil rights organization in the world. All this in just a couple of block radius!

During the course of previewing this ride, it started to rain and I was pretty soaked by the end (as is evidenced in the photos). But, to tell the truth, I was having so much fun, I didn’t much mind. Bike There Buffalo! is a great way to get outside while still practicing social distancing.

So if you’re feeling cooped up download the program and see for yourself! Stay safe, stay healthy, and, as always, ride…before it snows!

This post was originally published in May 2020 and has been updated. 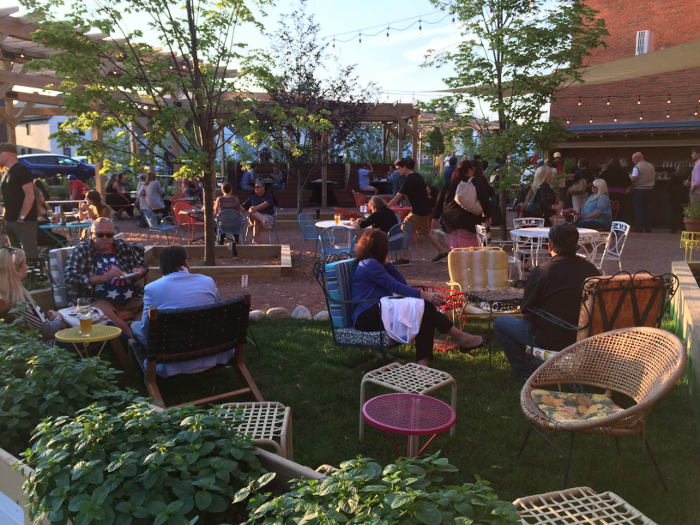 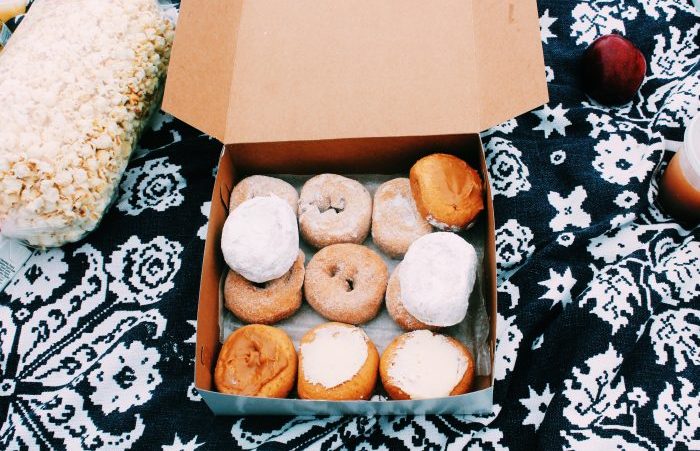 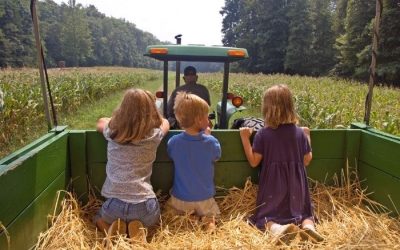