Not only is there a new distillery in town, but a new craft spirit entirely. Black Squirrel Distillery recently announced that after two years of planning, research and development, it will open doors to the public for the first time on Saturday, February 21st to release a total of 200 bottles of their rum-like liquor.

What exactly is a “rum-like” liquor you ask? Let us explain. Black Squirrel Distillery produces a craft spirit made from the fermentation of pure New York State maple syrup that is then distilled with a traditional copper columned pot still, and aged in French oak for a minimum of two months until deemed ready for release. The sugar used to make traditional rum has been replaced in Black Squirrel’s process with local maple syrup, resulting in a product that is extremely similar to rum, but not able to be labeled as such.

“As a New York Farm Distillery we create high quality spirits using New York State agricultural products— in this case maple syrup from local producers,” touts co-founder Matthew Pelkey. This marks the first time such a spirit will be produced and sold in New York. “Black Squirrel’s character shows clean through it’s oak pedigree, and exhibits a slight hint of a maple finish – surpassing even the depth of a premium aged rum,” explained their recent press release. “We make everything by hand. While we push the envelope on this and other products, the utmost attention to detail is given to every step of the process,” said partner Jason Schwinger. 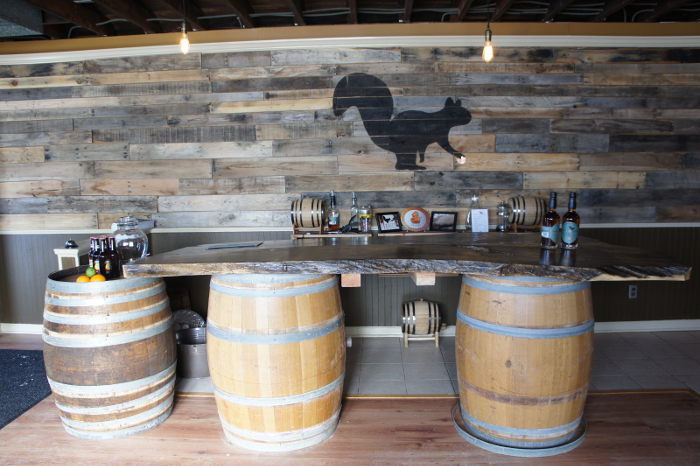 The new distillery, located at 1595 Elmwood Avenue near Amherst street, is also a retail location where bottles will be sold exclusively from 12:00 p.m. to 6:00 p.m. on February 21st (for something like $39 and change) until they gradually make their way into other appropriate retail locations and hopefully onto local restaurant and bar menus. On the day of the release, tastings and merchandise will also be available along with the opportunity to hit up LLoyd Taco Truck outside for a bite to eat.

The space is equipped with a small bar where Black Squirrel plans to host private parties, offering different packages depending on the occasion. At such parties Black Squirrel can offer other local (NY State) products like South Hill Cider and Arrowhead Springs wine to round out their menu. Currently there are no plans in the works to turn the location into a fully functioning bar that is open to the public on a daily basis.

You may be wondering about the meaning behind the “Black Squirrel”. It’s a riveting story. Read about the legend of Canadian Carl Hartmann, Buffalonian Jack James and the one-eyed Black Squirrel here. 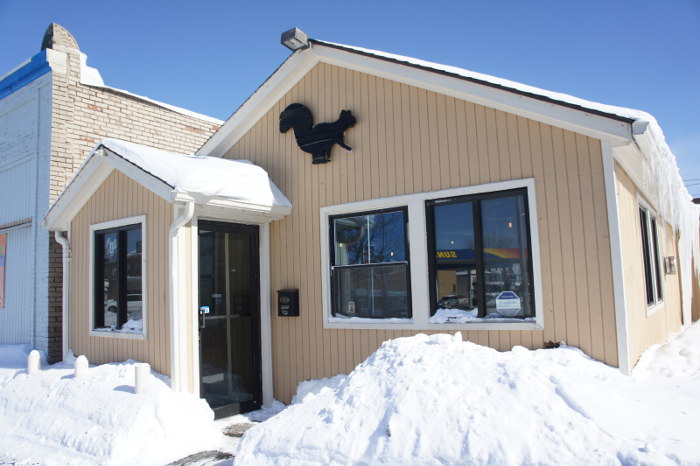 Black Squirrel is produced, as it should be, in small batches in a copper pot still. All Black Squirrel begins life in New York forests. The maple woods provide us maple sap that we have boiled into a dark yet delicate maple syrup. That syrup yields the most perfect of sugars – complex, mineral rich, aromatic and hearty, which we personally ferment and craft distill into Black Squirrel.”

Emily is co-founder and Director of Storytelling at Step Out Buffalo. Her favorite things to do are eat, travel, and think up business ideas. Emily is originally from Hamburg, NY and her out of town friends will tell you that she loves to talk about Buffalo any chance she gets.
Find More ➭ North Buffalo
×