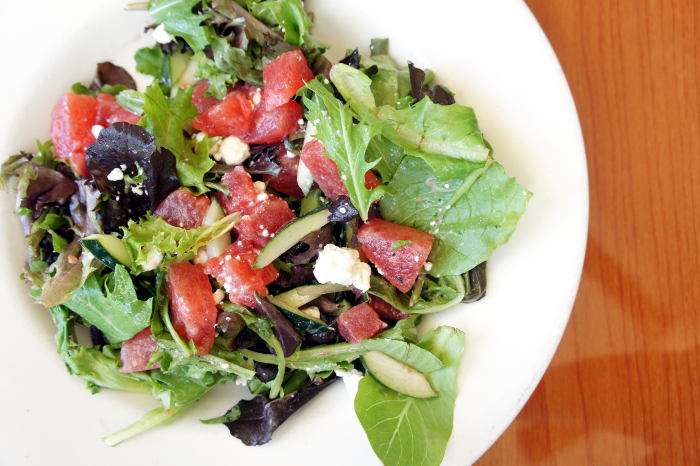 It’s no secret that here at Step Out Buffalo we’re thisclose to petitioning a new law that mandates every restaurant in the country has to have all-day brunch. In our seemingly never ending quest to try all the brunches, we found ourselves at Brick Oven Bistro & Deli one fine Sunday afternoon to cross another brunching destination off our list.
Last time we wrote about Brick Oven we couldn’t get over how great the food, service, and location were. This time around we felt the exact same way…and then some because you know, brunch.

In a word, duh. ICYLUAR (this is going to catch on, trust us #fetch), Brick Oven Bistro & Deli is renowned in the community for being consistently amazing. Being a South Buffalonian myself I make it a habit to take all out-of-towners/birthday havers/plan-less Saturday night dinner eaters/etc to Brick Oven whenever I get the chance, and it is perfection every single time. Combine that with ~brunch~ and honestly why are you even still reading this just go. 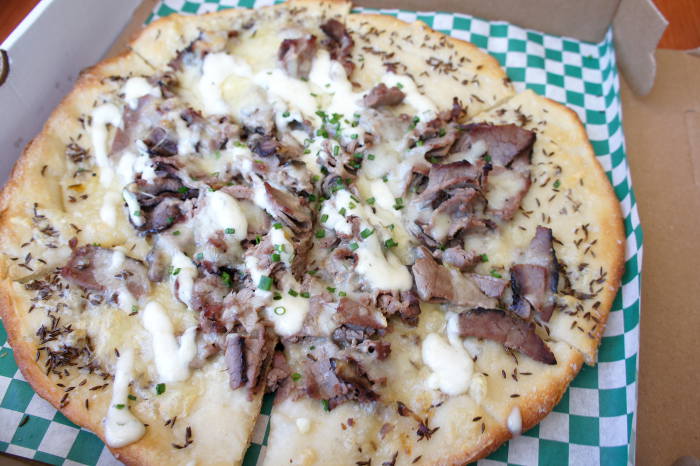 During designated brunching times you can also order off of their lunch and pizza menus, which include such goodies as the Chicken Artichoke Sandwich (fresh lemon, parmesan, artichokes, greens & olive oil) $9, Reuben (corned beef, sauerkraut, Swiss cheese & Thousand Island dressing) $9, Prosciutto pizza (marinara, fresh mozzarella, imported prosciutto) $14, and Beef on Weck pizza (house roasted beef, melted Swiss cheese, horseradish root aioli & kimmelweck crust) $13. And if gluten is your mortal enemy, all of their pizzas can be made GF for an extra $2.

Like we said, it was a fine Sunday afternoon when we found ourselves at Brick Oven about to indulge in a glorious brunch feast. We arrived and got seated right away at a sunny spot near the front window, and being thirsty brunchers the first thing we did was inquire about their Sunday Funday drinks. Since Brick Oven doesn’t have a license for hard liquor, the only “Funday” drinks one can get down with are mimosas, virgin Bloody Mary mix, or beer and wine. We opted to stick with water to make sure our stomachs were at maximum eating capacity.
We came to Brick Oven for brunch so we made it a point to stick to the brunch menu…although we did get a pizza to go ¯\_(ツ)_/¯. To kick things off we ordered a Watermelon Salad (feta, watermelon, mixed greens, cucumber & balsamic vinaigrette) $6 which was SOGOOD. There’s a special art to being able to combine foods on opposite ends of the taste spectrum and this salad did it beautifully. 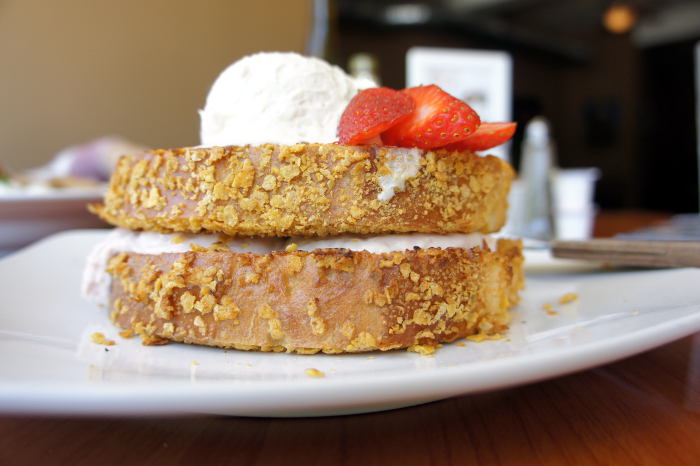 
Next up: the main courses. Since we were so healthy during the beginning of brunch it was only right that we go the other way for the latter half. It’s called balance. After much deliberation we decided on the Crunchy French Toast Stack (stuffed with strawberry cream cheese & topped with cinnamon NY maple syrup, Bailey’s whipped cream) $6.95  and the Corned Beef Hash (a bed of home fries & corned beef, topped with  poached eggs and choice of toast) $7.95. Yes, they were both as incredible as they sound. The CFTS is perfect for anyone with a sweet tooth, serving up a plethora of fruity flavors in each and every bite. The Corned Beef Hash was one of the best I’ve ever had (and I’ve had a LOT of corned beef hash y’all), with the homefries blended into the corned beef hash and the poached eggs adding a little something extra to compliment the main attraction. 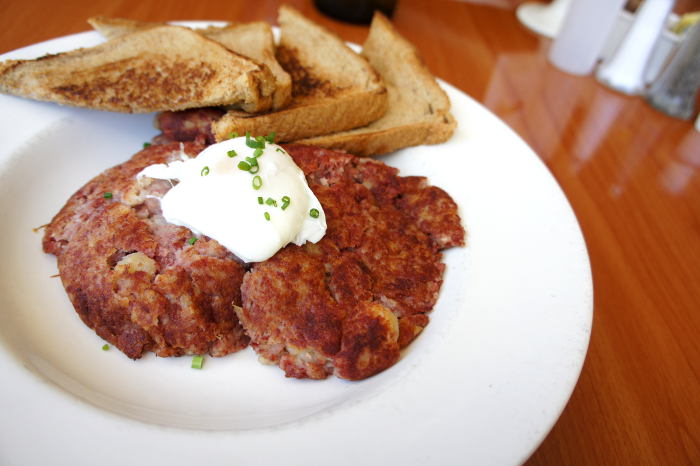 The portions were pretty big, and since we also had appetizers we got to take half of our brunches home to enjoy again later #score – with the Beef on Weck pizza we got to go. Basically, if you’re looking for a new place to go and you’re a human being who enjoys things that taste good especially during midday on the weekend – you should head down to Brick Oven Bistro & Deli and get ya brunch on.
For more info on Brick Oven Bistro & Deli check out their website and follow them on Facebook.

Lauren is the Creative Marketing Director at Step Out Buffalo aka the person who posts all those memes on social. A lover of Buffalo, food, travel, and animals, she can usually be found trying different local restaurants while planning her next adventure and asking passersby if she can pet their dog. Follow her dog-petting adventures on Instagram @laurenspoth
Find More ➭ South Buffalo, Sunday Brunch