#brunchlife: Freddy J’s Is As Close As You Can Get to Home Cooking in Buffalo 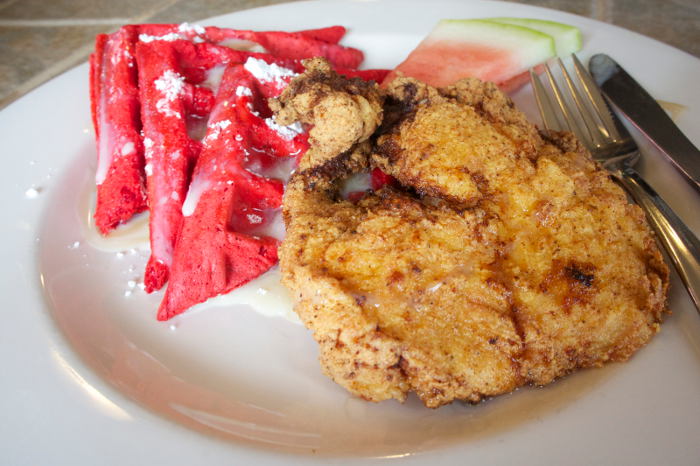 Call it breakfast, call it lunch, call it dinner. If it’s served all day, I reserve the right to call it BRUNCH!

If you drive by too fast, or just aren’t paying attention at all, you might totally miss Freddy J’s on Grant Street – which would be sad for you. I’m not too good with square footage, but  Freddy J’s space is definitely less than 1000 square feet total. If you walk in and are able to snag one of the 8-10 bar seats, it’s your lucky day. On a nicer day, there are a couple tables outside where you can live that #patiolife. Regardless of size, this Grant Street mainstay has been pumping out BBQ and soul food specials since 2013.

Now, there are many places in Buffalo that don’t technically serve brunch. I like to call it the ol’ ‘all-day breakfast’ trick, with a lunch or dinner menu to accompany. Freddy J’s all-day breakfast menu consists of southern fried chicken and red velvet waffles, fish and grits, fried fish and red velvet waffles, and eggs grits and southern fried chicken.

While I’ve heard great things about the entirety of the Freddy J’s menu, my friend and I visited on a Saturday afternoon after a particularly late Friday night out, so we were there for the fried chicken. I’m a total sucker for grits, so I ordered the eggs, grits, and southern fried chicken dish, and my friend went with the fried chicken and red velvet waffles.

Freddy was flying solo this afternoon, and let me tell you, as a restaurant worker, I understand the importance of keeping it calm and collected, especially when the orders start stacking up and it doesn’t seem like there’s an end in sight. Freddy had people coming in left and right to place to-go orders, a couple Skip the Dishes drivers outside waiting to fill delivery orders, and a half-full kitchen counter of diners watching all the action. Not once did he look flustered, or take that contagious smile off of his face.

While one might expect to wait a little longer while watching his orders pile up and stove filling up, it was a short twenty minutes from the time we entered the building until the time Freddy slid our plates in front of us. One might also think that quality could suffer when it’s that busy. NOPE, not Freddy. I don’t think either of us set our forks down after getting our food, and I kid you not, by the time I even thought about taking a bite of my friend’s dish, he was already done with it. Rude, but understandable. 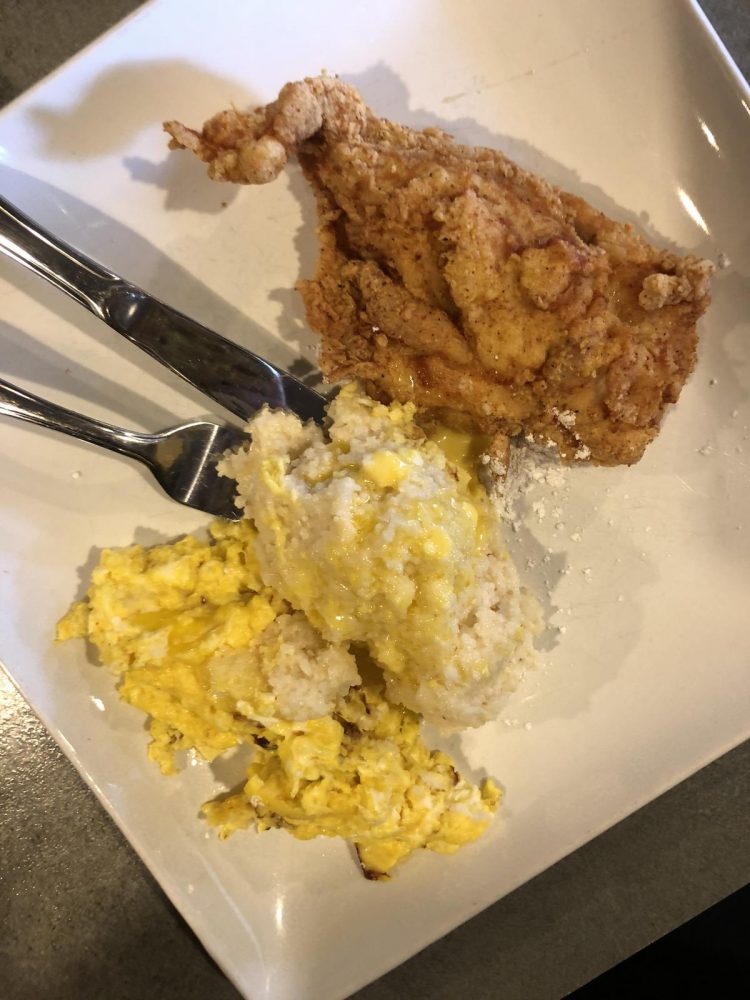 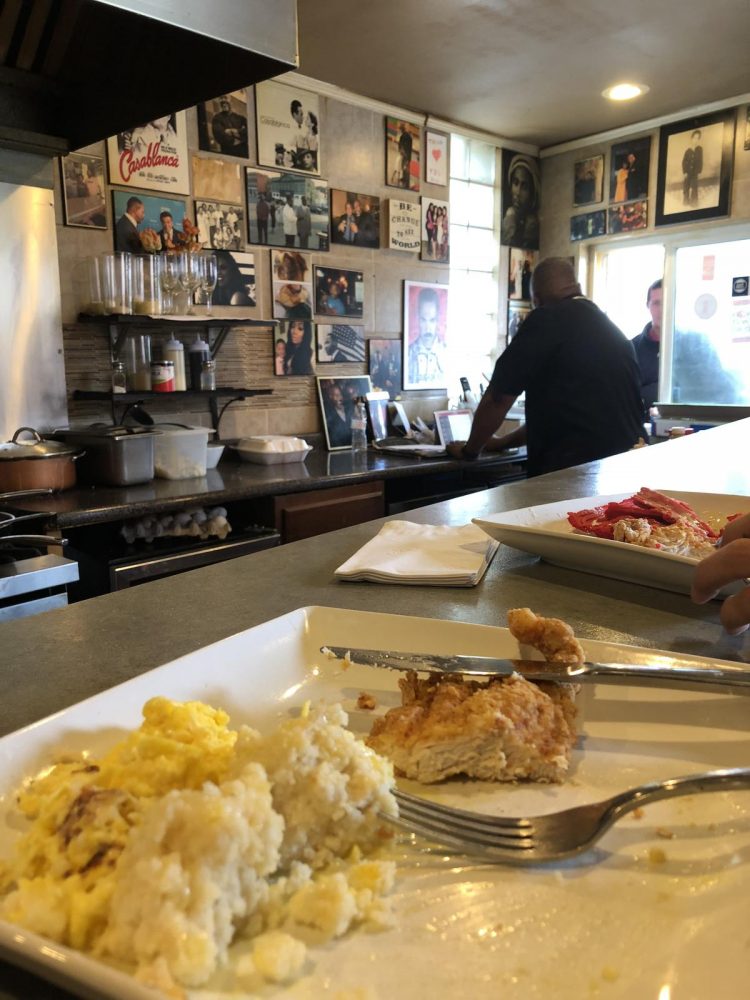 My grits were hearty, creamy, and sweet, and every forkful from my plate combined a slice of tender, crispy fried chicken, topped with fluffy, buttery, cheesy, scrambled eggs, and those perfect, made-to-order grits. On a separate visit to get myself some of the red velvet waffles and southern fried chicken, I now know with certainty that I can die happy. The problem I’ve experienced with red velvet flavors, at other places in general, is that they’re a little too sweet. Fear not, Freddy totally nails it.

My advice for a visit to Freddy J’s? Go at an off-time when you can sit down and hang out with Freddy. For a second, you honestly might forget you’re in a restaurant.