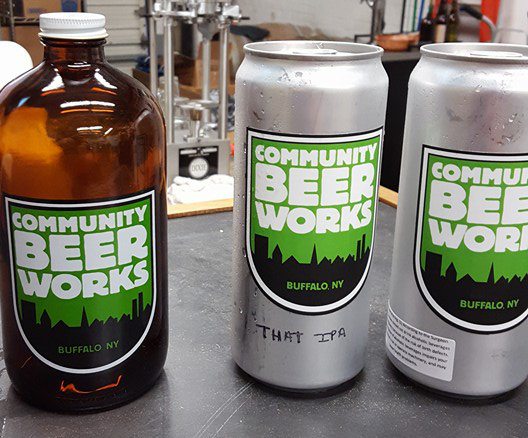 Buffalo’s first nano brewery, Community Beer Works, is turning five. They grow up so fast don’t they? Well, now it’s time to celebrate. On April 22 (12pm-8pm), CBW will be showing off their soon-to-be new digs at 520 7th Street for their 5th Anniversary Extravaganza Party. For the price of admission (tickets are $15 pre-sale at Eventbrite.com and $20 at the door), you’ll receive a 16oz. stainless steel 5th Anniversary pint along with one free pour as well as access to a special 5th-anniversary beer, food trucks, Dram Box, live music and more. For more information, head over to the Facebook Event.

Elmira’s Upstate Brewing is bringing five of their best beers to Canalside as part of Pizza Plant’s Fab Five Series (4pm-7pm), which sees great breweries bringing a handful of their best to Buffalo. This time around Upstate will have their Mole Imperial Stout (8% ABV), El Dorado Double IPA (7.7%), Ipso Lacto Dry-Hopped Berliner Weisse (3.4%), Brunch Coffee Brown Ale (6.3%) and 2017 IPA (7.5%). Upstate owner Mark Neumann will also be on hand to answer any and all questions you might have about any of his beers. This is your chance to try more great beer from New York! 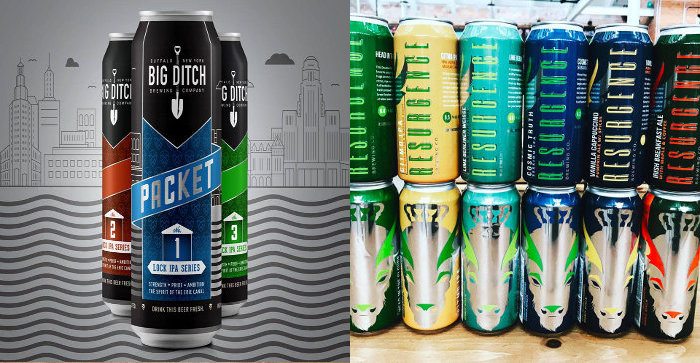 Resurgence Brewing and Big Ditch Brewing are about to take Buffalo’s IPA game to the next level with the release of two new canned IPA offerings. On April 20 (4pm), Resurgence is releasing their Head in the Clouds Double IPA (8.4%) in 16oz. 4-pack cans ($13). The beer features notes of white peach, orange, pineapple, grapefruit and papaya. Then, on April 22 (12pm), Big Ditch is releasing the first in their small batch Lock IPA series, Packet, which features Galaxy, Mosaic, and Pacific Jade hops in 16oz. 4-pack cans ($14.99). Cans will be on sale in each brewery’s respective taprooms. 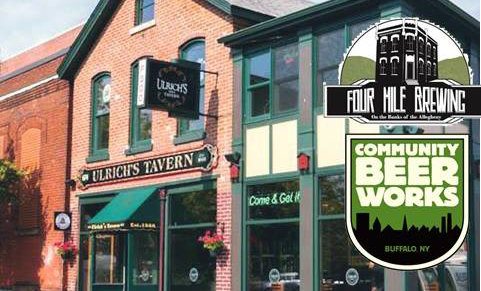 Four Mile Gets Into Double Trouble At Ulrich’s

Raise a pint to another work day gone as Four Mile Brewing gets into some Double Trouble at Ulrich’s Tavern when they team with Community Beer Works for a special happy hour tap takeover. On April 21 (5pm-7pm), they will take over the taps at the historic watering hole with CBW bringing along their Whale Brown Ale (5.9%), Rutherford B. Haze Belgian Wheat (5.9%) and That IPA (4.6%) and Four Mile answering with their Pale Ale Batch #3 (5.7%) and Mango Wheat (5.4%). Four Mile’s Olean taproom also has new hours – Thursday-Saturday (12pm-11pm) and Sunday (10am-9pm) with Brunch from 10am-2pm.