Buffalo Beer Buzz: 42 North Puts the Nitro in Asylum For New Can Release 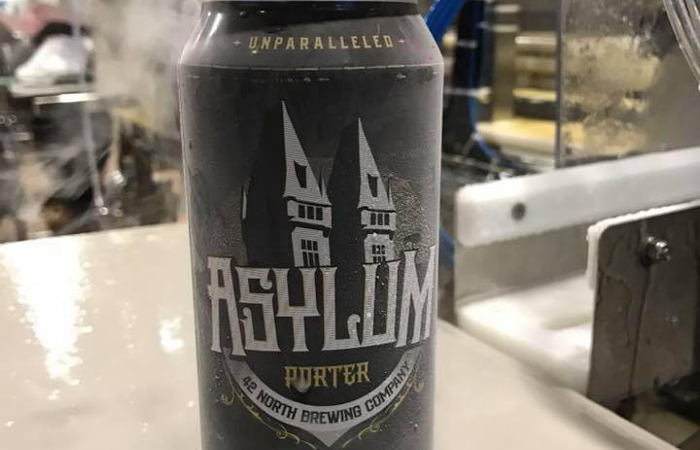 42 North Brewing will unleash a limited batch of Nitro Asylum Porter (6.8% ABV), which was produced by adding a drop of liquid nitrogen during the canning process, in 4-packs of 16oz cans on Wednesday, Feb. 8th in the taproom for $12.99. “After purchasing, please pour vigorously into the proper pub glass to ensure adequate nitro cascading!” the brewery proclaims.

“There are only a few cases of these, so we expect them to sell rather quickly.” The beer will be released just in time for the first annual Brewski on Feb. 18 (12-3pm) at Knox State Park, a two-mile cross country ski while drinking 42 North beers. Immediately following, the brewery will unveil their Five Cows Farm Maple Porter. To pre-register, log onto to thinkrink.org.