Old First Ward Brewing is rolling out the second version of their New England-style IPA, #Mashtag (5.6% ABV). For the second batch, the brewery swapped out their house ale yeast, which was used in the first run of #Mashtag, for the more appropriate London Ale yeast, in order to achieve the beer’s cloudy and hazy appearance, and added a heavy dose of flaked oats for a thicker, silkier mouthfeel as well as a heaping helping of Citra, Mosaic and Amarillo hops, giving the beer tropical fruit notes. Look for #Mashtag IPA Batch #2 on tap at Gene McCarthy’s this week. 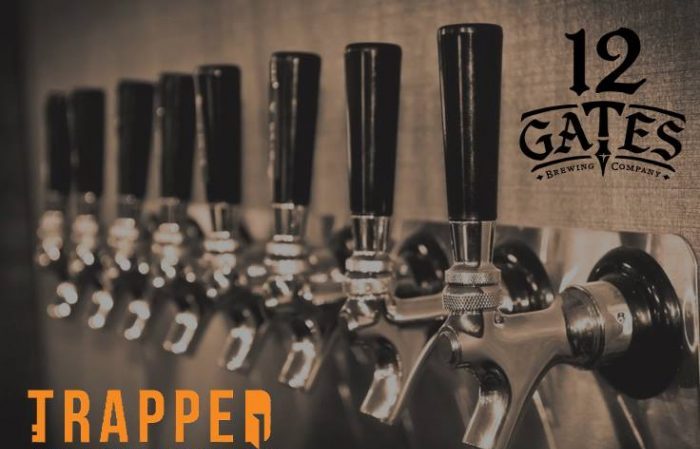 Get ‘Trapped’ At 12 Gates Brewing

Buffalo’s Trapped is teaming up with 12 Gates Brewing to combine two of the city’s best things – escape rooms and beer – at the Mystery Tap Takeover on April 3 (7-9pm) at 12 Gates’ taproom. The first of its kind event will see participants working in groups to examine clues and try to solve the murder, all while enjoying great local beer. “The year is 1922. The prominent businessman Alistair Merrifield has been murdered at his birthday party. Examine the evidence. Follow the clues. Find the killer!” the game’s description reads. Mystery Tap Takeover is for ages 21 and older only.

Join Thin Man In A (Beery) Galaxy Far Far Away

If you have ever wanted to brew a beer at Thin Man Brewery (hey Rudy, what’s up?) and have a clever Star Wars-themed beer name in your hip pocket, listen up. In honor of the 40th anniversary of the original Star Wars trilogy (May 25), Thin Man is running a contest to name their new Star Wars beer. Submit your suggestion on Thin Man’s Twitter or Facebook and the winning name gets to help brew the beer & will get a bunch of pints for free. Contest ends April 25th. May the Force be with you. That was too easy. 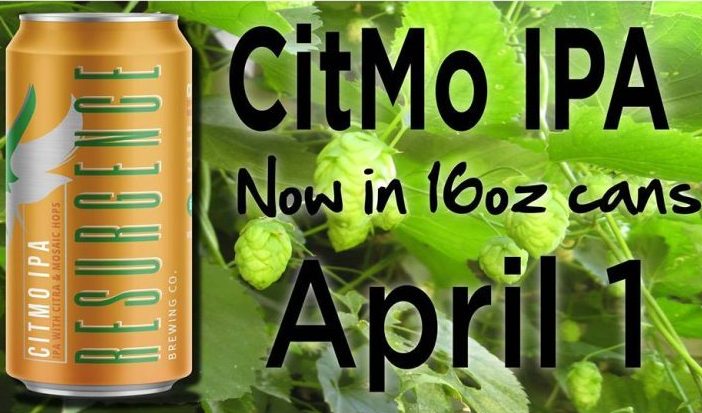 CitMo IPA Returns To Resurgence (In Can Form)

Remember Resurgence Brewing’s CitMo IPA (6.5% ABV)? Its back, in can form. Now you can take home CitMo IPA in limited handy dandy 16oz. 4-pack cans. Well, it will be on draft too come April 1 at noon. The New England-style IPA is brewed with, you guessed it, Citra and Mosaic hops to give it fresh, white grapefruit and spicy tropical fruit flavors with pine resin and zesty bitterness. “This brew will slap you in the face with its huge aromatics of pineapple and citrus,” the brewery says of CitMo. “It’s a little “heady,” if you know what we mean.”