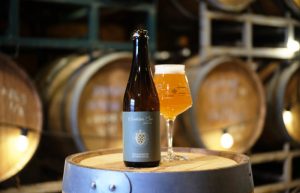 42 North Brewing and 42 Below Barrel House are set to release four sour blonde ale variants on January 15 (4pm). The four sour blonde-based projects include Houblon Sec Dry-Hopped Sour Ale, Lantern Farmhouse Ale with Golden Berry, Forager Sour Ale with Wild-Foraged Gooseberries and Staghorn Sumac, and Her Name Was Rose Sour Ale with Cabernet Sauvignon Grape Must. 500ml bottles will be available starting Friday at the brewery and both 42 North Outposts. The brewery is also offering a ‘Wild Pack’ ($35), which features Forager, Her Name Was Rose, and Lantern. Pre-order available at 42 North’s online store, theoutpost42n.com. 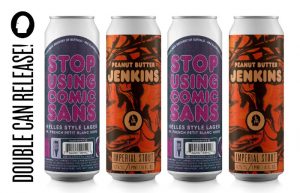 The hazy family of IPAs at Pressure Drop is welcoming a new member this weekend, with the release of Cowboys and Ninjas IPA January 16 (12pm). Cowboys and Ninjas is an incredibly soft, super citrus-forward IPA that highlights Citra hops, or as Head Brewer Karl Kolbe described it to me, its “citra dominated.” Pre-order is available at here. 4-pack 16oz. cans are $16. They also still have cans of Deep Search Hazy IPA, which features notes of strawberry, peach, passion fruit, and tangerine up front with an earthy, skunky, and dank backbone.