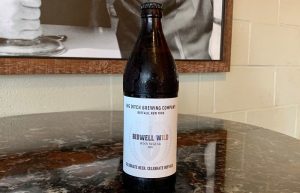 Big Ditch will release the third, and likely last, Bidwell Wild, a wild ale brewed in collaboration with the Elmwood Village Farmers Market. Bidwell Wild uses unsold fruit (2020 version features berries, peaches, and grapes) from local farmers (2020 version uses fruit exclusively from Erdle Farm) as a source of wild yeast and bacteria instead of brewer’s yeast. It’s aged approximately 2 years prior to sale in wine barrels from Leonard Oakes Estate Winery. A portion of sales will be donated back to the Elmwood Village Farmers Market. On sale August 28 ($16, no limits). Available on draft as well. 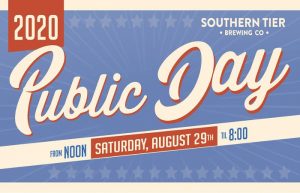 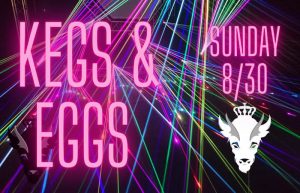 Resurgence Brewing’s Kegs & Eggs is Back With Breakfast & Beer

Resurgence Brewing Company’s periodical celebration of experimental brews and breakfast foods is back on August 30 (11am) at their Chicago Street location. The beer list includes a number small batch beers, like Arnold Palmer Sour, Sex on the Beach/Beergarden Sour, Watermelon IPA, Styrian Cardinal Dry Hopped IPA (this hop has notes of citrus, gooseberry and pineapple), Lime Seltzer, Blueberry Pilsner, Lemon Ginger Kolsch, Hibiscus Guava and Blood Orange Saison, as well as a cask of Maple Cinnamon Oktoberfest. There will also be a limited amount of cans of Ward Rainbow Sour (4-pack, 16oz. cans), which you can preorder on HopMule.

Thin Man is taking this whole Oktoberfest beer thing to the next level, while making you forget it’s still summer, with Das Schützenfest Rye Barrel Aged Imperial Märzen, which will be released on August 28. Das Schützenfest is their Imperial Marzen aged in Templeton Rye barrels, a heavy hitter that clocks in at 9.2%. It’s rich with notes of vanilla, honey and toffee; the strong maltiness is balanced by the spice of the rye and complimented by vanilla & caramel from the oak and warming alcohol. Das Schützenfest will be available in cans and on draft in very limited amounts.