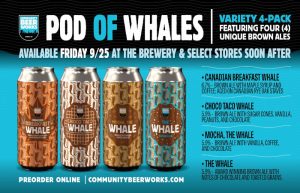 CBW is set to unleash the Pod of Whales, a new mixed variety pack centered around their flagship Brown Ale, The Whale. Set to be released September 25 (3pm), Pod of Whales features a 16oz. can each of the classic The Whale, Canadian Breakfast Whale, which is brewed with Erie County Maple Syrup and Tipico Coffee, then aged on Canadian Rye Oak Staves, Choco Taco Whale, brewed with real sugar cones, vanilla beans, chocolate and peanuts, and Mocha, The Whale, which features cold brew from Tipico Coffee, vanilla and chocolate. 4-packs will cost $14.99. Online preorder available beginning September 24. 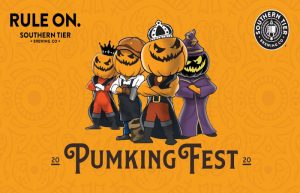 The King and his court will be on full display at Southern Tier’s 2020 Pumking Fest, which takes place September 26-27. The event will feature over 35 drafts, including new and vintage Pumking variants, exclusive Pumking Fest shirts, an outdoor grill, and Pumking Whiskey. This year, the event is broken into sessions. Saturday sessions include 11-2pm, 3-6pm, and 7-10pm, and Sunday sessions include 12-3pm and 4-7pm. Tickets are $5 (includes first draft) with a minimum of 4 and a maximum of 6 tickets. You will need to purchase the minimum 4 tickets. Each session has a cap of 200 festival goers. 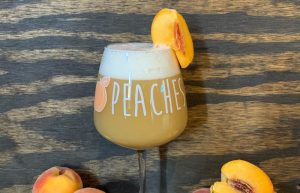 Brickyard Brewing’s Millions of Peaches Gelato IPA is making a return on September 26 (9am) at the Lewiston’s Artisan Farmer’s Market.  It will be available in crowlers. This latest batch is loaded with more peaches than ever before from Brian Short at Short Farms. Prices, limits and available number will be posted later this week when the brewery knows their final volume. Plans also call for Millions of Peaches to be on draft when Brickyard Pub & BBQ reopens. 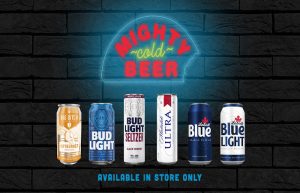 In what can only be described as a Buffalo moment, Big Ditch Brewing’s beloved flagship, Hayburner IPA, is now available at Mighty Taco. It will also be the only local beer available, alongside a number of macro beers and a seltzer. “We’re happy to have Hayburner now available at the Mighty,” Big Ditch President Matt Kahn says. A Super Mighty and a Hayburner is a match made in heaven. 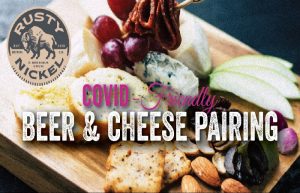 Learn How to Properly Pair Beer and Cheese at Rusty Nickel

On September 26 (5:30pm), join Rusty Nickel for 4-course guided pairing of house brews and artisan cheese, led by Head Brewer Dave Johnson. Guests can expect unique flavor combinations, brew talk, stories of RNBC’s past, and an opportunity to chat with Dave about all things beer. Guests are instructed on how to best enjoy beer and food together and how to enhance sensory experiences. Tickets ($25) include beer samples, cheese, and appetizers.