Brazen Brewing Coming to Lancaster in 2021

The Western New York family of breweries will soon grow by one as Brazen Brewing has announced plans to open in Lancaster next year. They are building a new facility on Genesee Street near the Tops Distribution Center, and are hoping to break ground in the spring. Visitors can expect a modern farmhouse vibe with a large outdoor space and kid friendly activities, and a full kitchen with a menu that includes small plates, burgers, and pizzas. They hope to be a brewery where everyone can find something they truly enjoy drinking. Stay tuned to their Facebook for more information. 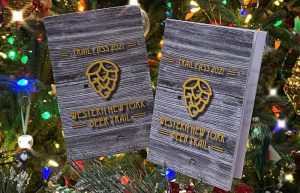 The WNY Beer Trail has launched the 2021 Trail Pass and it could not be easier to participate. When you purchase a program booklet, you’ll enjoy two half price beers during your first visit at nearly 40 breweries, bars, bottle shops, distilleries, cideries, meaderies, and restaurants. They have added 10 new locations for 2021, including a push towards Rochester, and new exclusive offers from other local businesses. Find out more information, and purchase your own 2021 Trail pass, here. The Trail Pass is $25 and shipping is free. 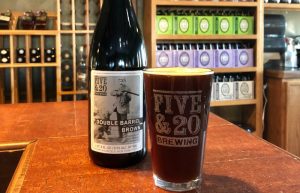 Southern Tier has released two new beers, both of which are available now, and are bringing back a favorite. Blackwater Nitro Series: Iced Macchiato, an Imperial White Milk Stout brewed and nitrogenated with coffee and milk sugar for a caramel glow and creamy, soft mouthfeel (4-pack 12 oz. cans and draft), and Extra Mile Easy Going IPA, a 5% session IPA (6-pack 12oz. cans and draft) are new, while UnEarthy Triple Dry Hopped Double IPA returns for the first time in years (4-pack 12oz. bottles and draft). 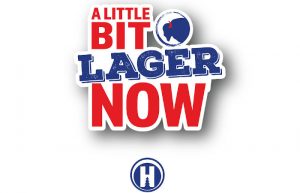 Hamburg Brewing is gearing up for a Buffalo Bills (deep) playoff run with the release of A Little Lager Now, a lager brewed with Citra hops. It is a balanced attack of citrus and pineapple hop flavor with notes of victory. Lagered at cold temperatures, it will drink smooth and flavorful. Kind of like an IPA meeting a crisp and clean lager. 4-pack 16oz. cans available at the brewery on January 8 (1pm) and everywhere great beer is sold afterwards. Pre-order now at HamburgBrewing.com.